To space out passengers, bus drivers are supposed to pass you by when their bus is full - even in winter. A frequent rider reveals that's not always the case. 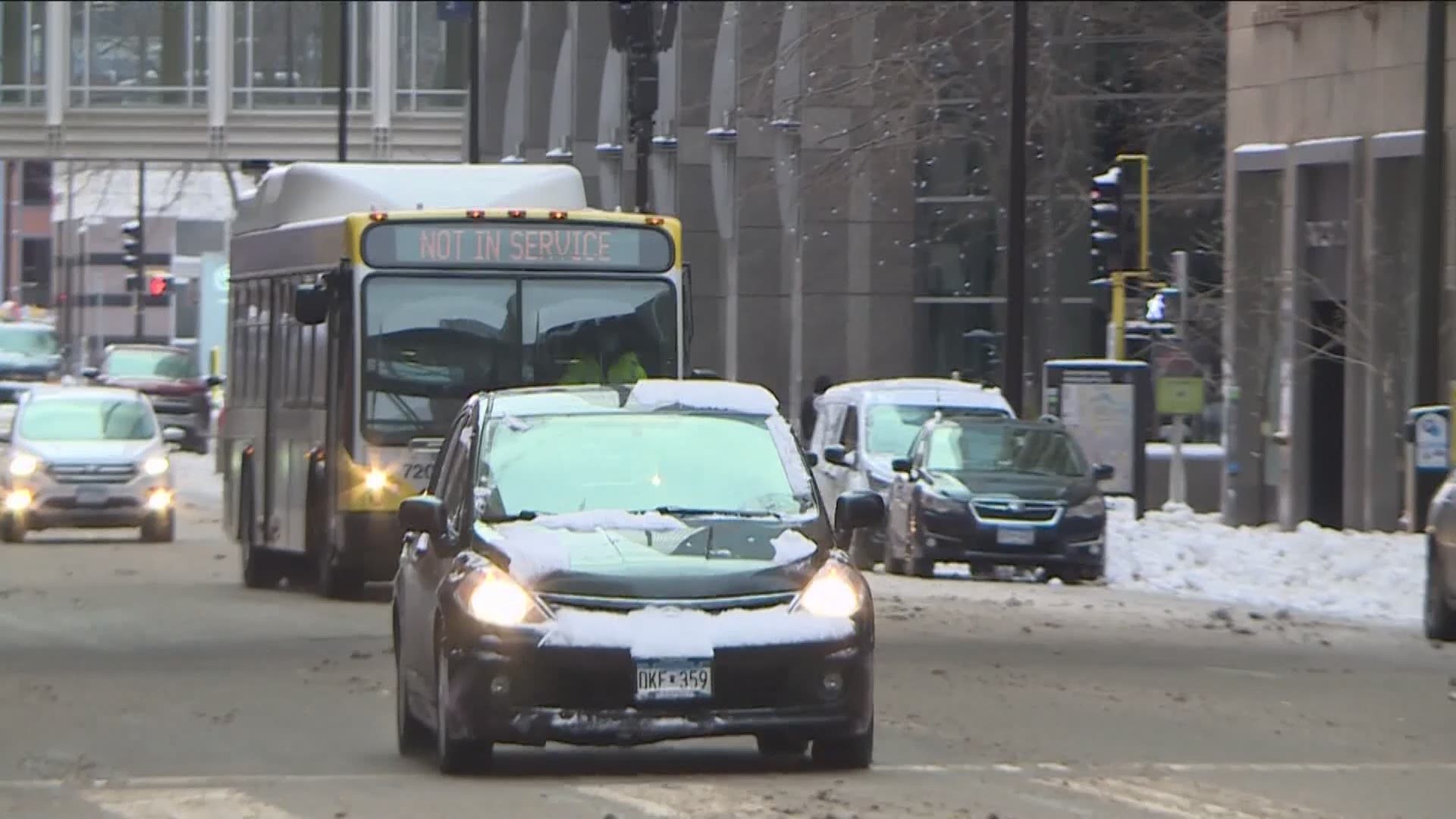 MINNEAPOLIS — It may not be January-2019, polar-vortex cold but it is winter in Minnesota during a pandemic. That got us wondering how social distancing works on the city bus. Do drivers really leave you waiting at the bus stop when their bus is full?

"I actually have never owned a car," Clemens said. "Living in Uptown, living in Whittier, having access to an awesome public transportation system, I have just never found the need."

The pandemic hasn't stopped her from riding but her enthusiasm is curbed.

"If you're sitting directly behind someone, it's probably like two feet, three feet," Clemens said. "I don't feel very safe at all when the bus is full."

That feeling is amplified when other passengers don't wear masks, she explained.

From Clemens' observation, drivers don't always do that.

"The 18, under no circumstances have I seen them stop," she said. "Like coming home during rush hour, they pack it full. But on the flipside of that, I have been on the 21, or have been waiting on the 21, where either the bus goes straight by and you're like, 'Wait, why didn't you stop?' and once you see, you're like, 'Oh, it's full.' Or, the driver has opened the door and said, 'There's another one coming. Please wait.'"

But this is an area snowy and cold. During the polar vortex, Regions Hospital in St. Paul treated 20 frostbite patients in one weekend alone.

We asked Metro Transit if passengers still need to wait for that next bus when it's dangerously cold.

Public Relations Manager Howie Padilla says, "Regarding the change in weather, we continue to ask people to plan ahead. We remain in the middle of a pandemic, that from the reports I’ve see or stories I’ve heard, has not lapsed our need to be vigilant about safety measures, including social distancing."

To keep wait times down, Metro Transit has upped the frequency on its busiest routes. Operators now monitor ridership in real time, adding buses when needed.

For Clemens, waiting seems worth it.

"If it truly is just five minutes ... I think that would be okay," she said. "These last couple of storms that have gotten really icy and the roads have been really bad, I have felt more safe from a road perspective, not from a germ perspective, on a bus because they're bigger, they're heavier, they don't go crazy speeds."

Metro Transit has implemented a number of safety measures, including swapping cloth-covered seats with plastic ones on light rails.

The transportation network also offers several winter safety tips, including signaling your presence with a small blinker light or flashlight on dark mornings and downloading an app to track delays.