A manager asked Art if he would be willing to fill in for a couple of weeks. Those two weeks turned into 29 years. 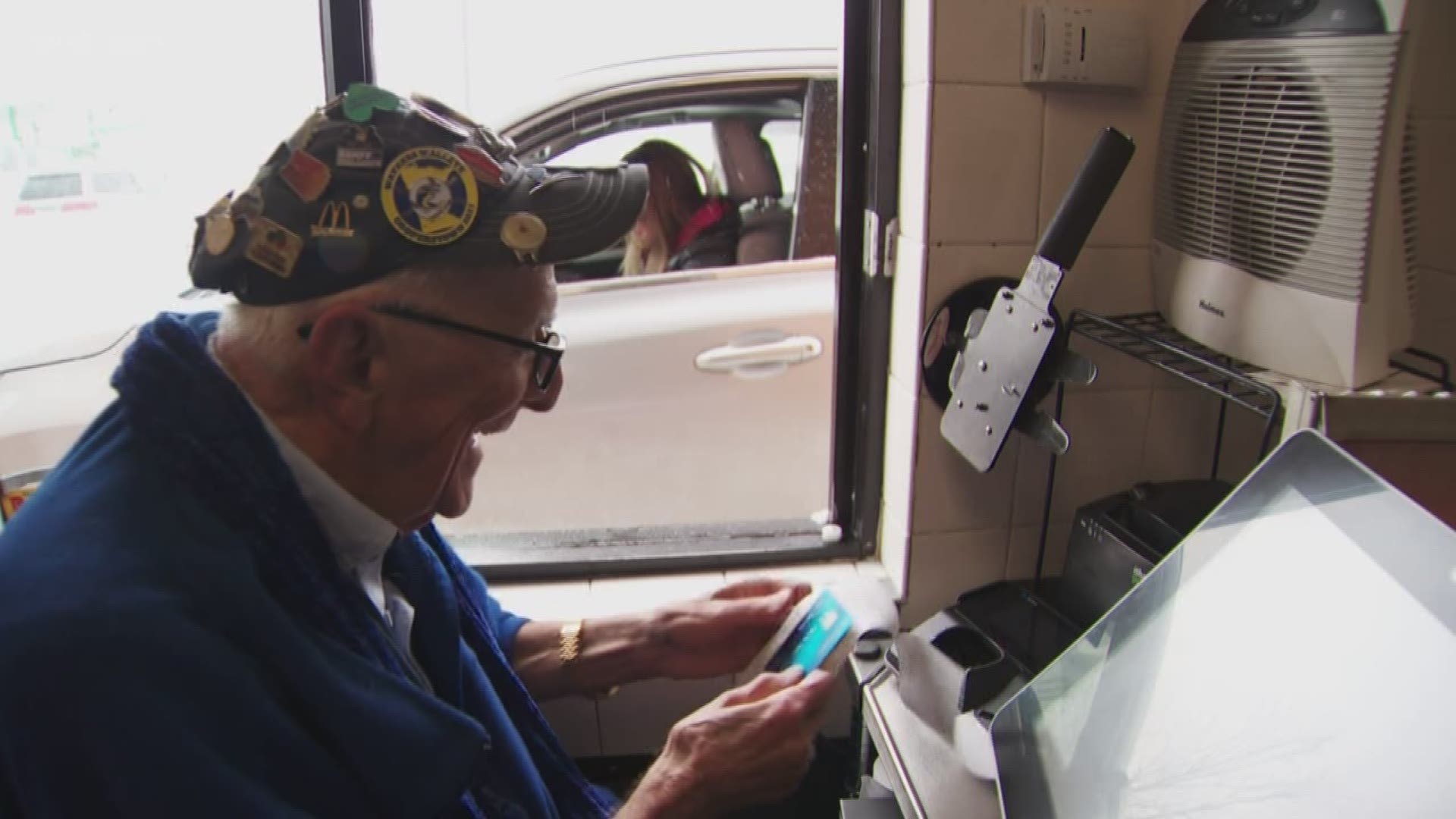 WAYZATA, Minn. — In Minnesota the past few weeks, it’s taken some doing to find sunshine. Under the golden arches of the Wayzata McDonald’s, finding sunshine is an art.

Amy is about get a non-caffeinated bump.

“Good morning,” Art says with a broad smile as he slides open the drive-thru pay window to greet Amy. Two laughs follow close behind – one from Art and another from Amy. The sequence is not uncommon. Art’s laughter is contagious.

“He is just the sweetest, sweetest guy,” Melissa Wildermuth, another of Art’s customers, says. “So happy, so happy, like every day’s a great new day for him.”

If McDonald’s had a burger king, Art Mason might well be wearing the crown.

“How ‘bout two small Sprites, a Sausage McMuffin and a hash-brown?” Art says as he delivers an order with the enthusiasm of a giddy carnival barker.

Not bad for a guy who retired from his factory job nearly 30 years ago – after which Art learned something about himself.

So, with one door closed, Art simply opened another.

Credit: Boyd Huppert, KARE
Two months shy of his 89th birthday, Art Mason is still smiling while he works the drive-thru at the Wayzata McDonald's.

The Wayzata McDonald's had found itself short-staffed. A manager asked Art if he would be willing to fill in for a couple of weeks.

Those two weeks turned into 29 years. “Twenty-nine years and I'll be 89 in May,” Art says.

The temporary worker outlasted the owner, the managers and every other employee at the restaurant.

Art, who never married, says, “I didn't have time.”

A social person by nature, Art found the drive-thru to be a perfect fit – a daily parade during which he could repeatedly, and literally, reach out and touch someone.

“McDonalds has great food, but I come here every day because of him,” customer Patty Kubalak says.

Art’s sister-in-law, JoAnne Mason, points to the warm blue scarf around Art’s neck. “One of his customers made that for him,” she says.

Other customers add to Art’s pin collection. His ever-present ball cap is decorated with dozens of them. Art estimates he’s taken home a thousand more – many from destinations around the world Art’s customers have visited and brought him back a souvenir.

“All around good people,” Art says.

Credit: Chad Nelson, KARE
Art Mason peers out into a snowstorm from his McDonald's drive-thru window

They’re the people Art is going to miss. “Yeah,” he says, looking down. It’s one of the few times the smile vanishes from Art’s face.

The laughter returns, as Art adds, “If I make it that far.”

Credit: Boyd Huppert, KARE
88-year-old Art Mason shares a laugh with a customer at the drive-thru of the Wayzata, Minnesota McDonald's

The hours on the stool at the drive-thru are getting tougher for Art. “The bones are starting to ache more,” he says.

Art’s leg brace from a childhood bout with polio isn't helping, either.

Stan Mason asked his brother what he had planned after his second retirement. “He said, ‘I don't know, but I'll find something to do.’” Stan laughs out loud and adds, “No kidding!”

If only everything else in life could imitate Art.