The Ely marathon now has categories for runners portaging canoes. Just don't ask them how they enjoyed the scenery. 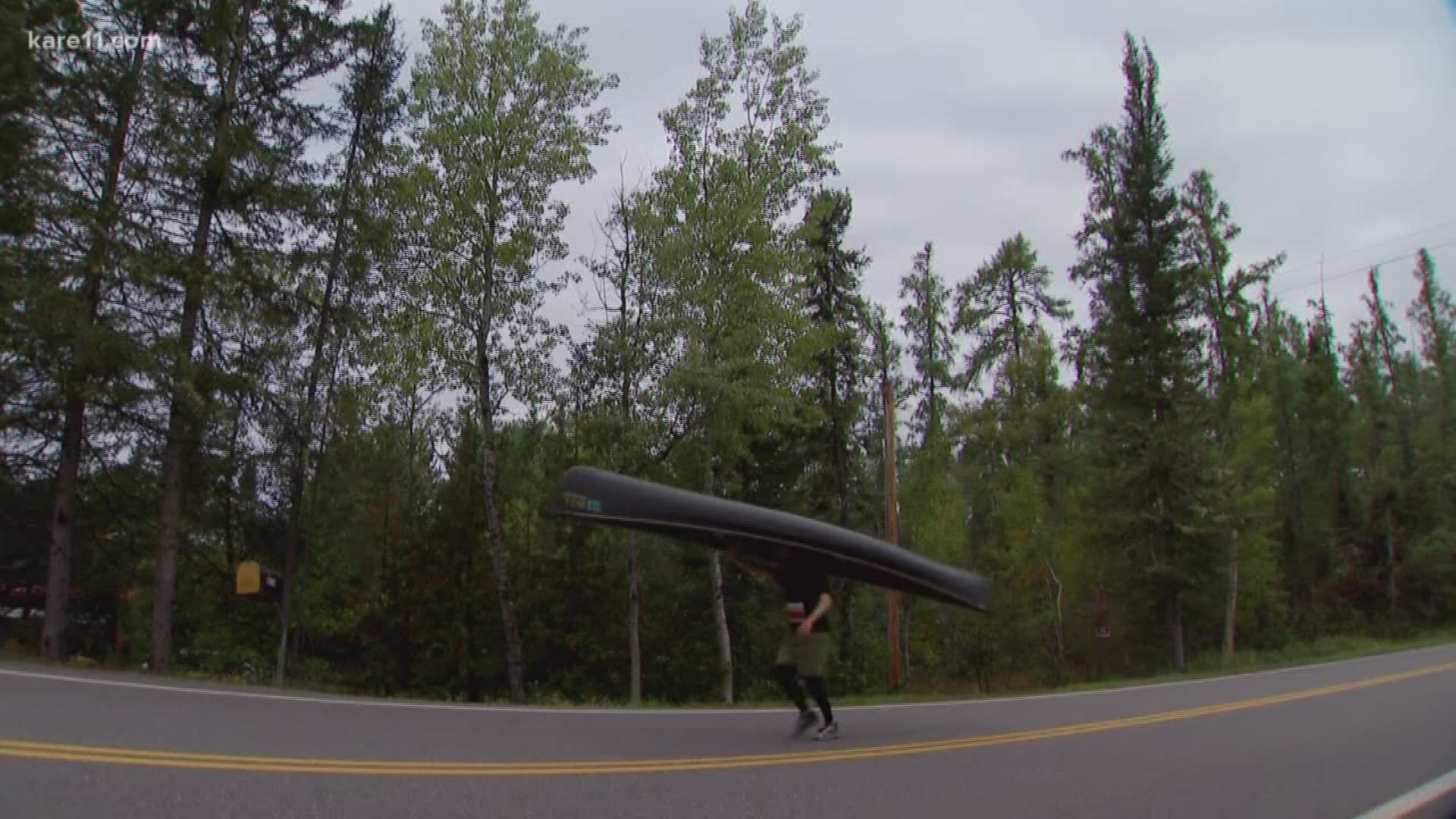 ELY, Minn. – A community where canoes are king, now has its crowning achievement.

“The truest Minnesotan thing you can think of is to carry a canoe for a whole marathon,” spectator Ashley Sinclair said shortly before Drehmel crossed the finish line.

A friend suggested he could probably do it again.

“No, no, I'm done,” Drehmel said with a laugh, minutes after his finish. “Ready to be done till next year.”

Credit: Boyd Huppert, KARE 11
Those who chose the portaging route shouldered a canoe more than 26 miles to finish the race.

“We just had some crazy locals who asked if they could portage a canoe,” race director Wendy Lindsay said. “So, here we are, we’re starting a fad.”

A dozen runners started the full and half marathons held last weekend in Ely. Four managed to finish the full marathon, while four more finished the half.

Drehmel – who works as guide in the Boundary Waters Canoe Area – said he wanted to attempt the portaging marathon “just to see if it’s possible.”

Two years ago, Drehmel and his girlfriend Abby Dare took turns portaging a canoe in the full marathon - but did so unofficially.

LyneAnne Vesper - who also does BWCA guide work - was similarly inspired. She ran the 2016 half marathon with a canoe, after gaining approval from Lindsay.

“It was really a personal challenge at the time,” Vesper said.

Drehmel and Vesper both say they were inspired by the Ely Marathon’s branding. The race markets itself as the 8,390-rod portage.

Taking their cues from Drehmel and Vesper, race officials added a portaging half marathon last year – and the full portaging marathon this year.

“Some of the racers last year who did the half didn’t think it was challenging enough,” Lindsay said.

Credit: Boyd Huppert, KARE 11
A dozen runners started the full and half marathons held last weekend in Ely. Four managed to finish the full marathon, while four more finished the half.

Dana Gilbertson was the top finishing female portager, coming in second in the half marathon.

Reminded she was running one of American’s most scenic marathons, Gilbertson laughed.