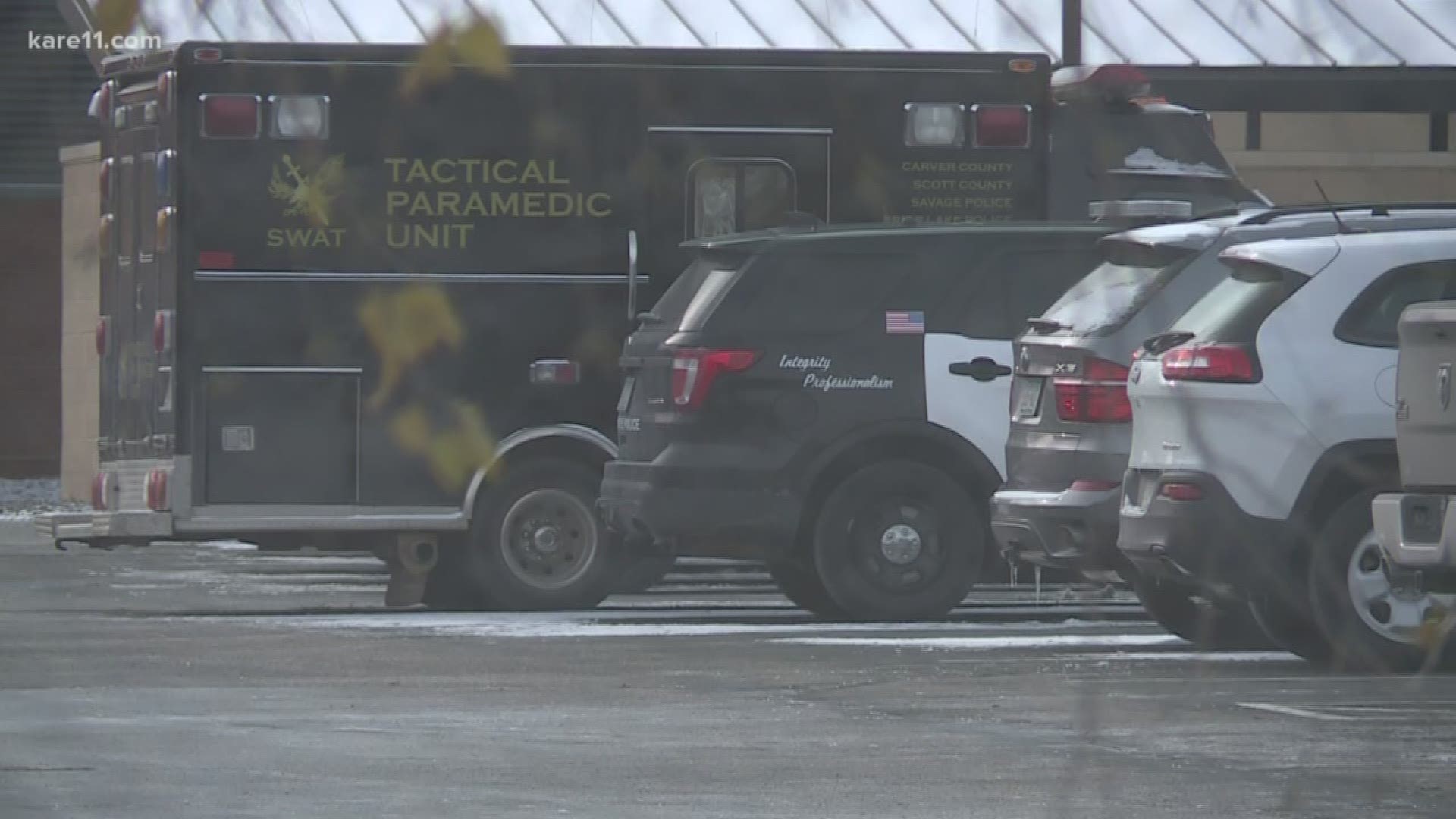 SHAKOPEE, Minn. - A man is dead after being shot and killed by a Shakopee police officer during an incident late Friday night.

Officers responded to a fire alarm call on the 800 block of Apgar Street and were approached by a man holding a handgun, according to a series of tweets by the Shakopee Police Department.

While standing in the doorway, the man allegedly raised his gun and pointed it at an officer.

"Fearing for his life, the officer fired his weapon hitting the male," a Shakopee Police tweet on the incident states.

Life-saving efforts were immediately performed on the man but he later died at a local hospital.

Beatriz Vera says she watched out her window after she saw a squad car pull up around 11 p.m. Friday evening.

"I had seen a police car drive by with the lights flashing," Vera said. "I got up to see what it was, it had parked down the street and I saw another office come by his lights weren't on."

She said it wasn't long until things took a turn across her street.

"I heard someone yell like 'stop,' someone yelled something," Vera said. "And 'boom boom boom' shots were fired."

She was able to capture snippets of what happened outside of her window both Friday night and early Saturday morning. The morning video shows the MN Bureau of Criminal Apprehension truck sitting outside.

Flavio Salcedo said he hasn't lived in the neighborhood long but had always exchanged greetings with his neighbor across the street.

"I only say hello and bye and go to work, I never really got to talk to him and get to know him," Salcedo said. "He seemed like a pretty good guy. He seemed coherent, he was always cutting his lawn, working on the plants."

Shakopee Police say the officers who responded to the incident were wearing body cameras, which were recording at the time of the shooting. Police say a gun was found at the scene.

On Nov. 9 at 11:08 p.m., officers from the Shakopee Police Dept. responded to a fire alarm call on the 800 Block of Apgar Street. Officers approached the residence and were met by a male holding a handgun. While standing in the doorway, the male raised the handgun and pointed at

the primary officer. Fearing for his life, the officer fired his weapon hitting the male. Officers immediately began preforming life saving measures. The male was transported to the hospital, where he was later pronounced dead.

Officers involved were wearing body cameras and the incident was recorded. A handgun was recovered from the scene

The Minnesota Bureau of Criminal Apprehension is conducting the investigation, which remains active. No further information will be given at this time.