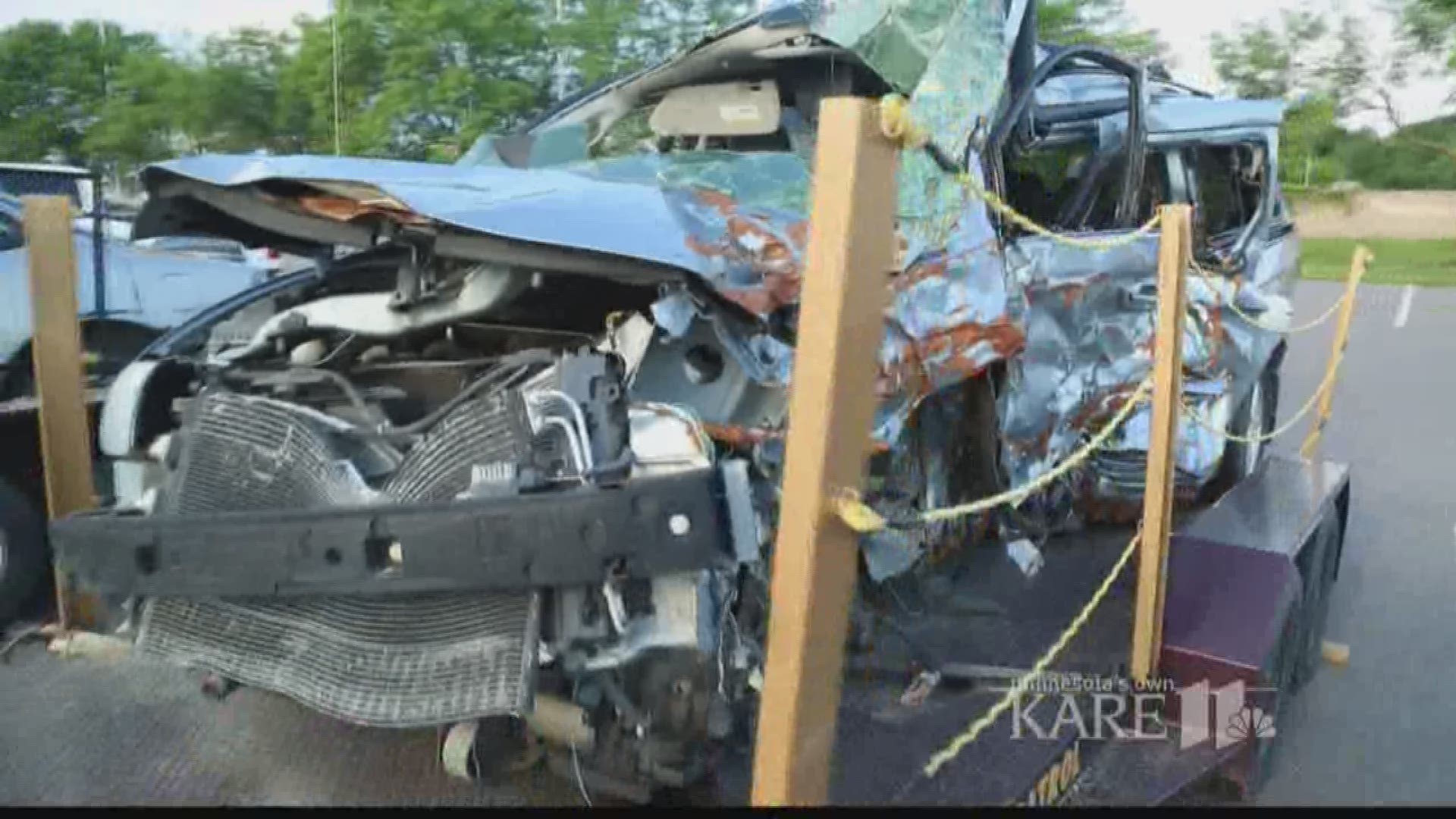 Can you tell the difference?

Drunk driving vs. distracted driving. Can you tell the difference?

The two vehicles look the same, which is why the Minnesota State Patrol is using them to remind motorists how distracted driving is just as dangerous as drunk driving.

"They were hit head on by another vehicle that was distracted," said Lt. Tiffani Nielson with the MN State Patrol.

A crash Lt. Nielson says is 100-percent avoidable because the outcome was a complete tragedy.

"This vehicle behind me was a father and his two daughters and a family friend headed home from the library on Highway 10 in Becker," said Lt. Nielson. "They were driving through the intersection, they had a green light and a young woman, 17 years of age, was on Facebook driving another vehicle, and she ran through the red light, and she hit and killed the father, and his 10-year-old daughter died in the hospital nine or 10 days after the crash occurred."

The carnage left from this horrific day is something that now lives on in hopes others will put distractions aside and focus on driving.

"I don't think people realize that we are not designed to handle these forces on our body," said Nielson.

In 2015, distracted driving was listed as a contributing factor in 74 deaths on Minnesota roads, which is not far behind drunk driving. That same year, 95 drunk driving fatalities were reported.

Shocking numbers with a very similar outcome, which is why Lt. Nielson wants motorists to know distracted driving is just as dangerous as drunk driving.

"There's more drunk drivers at night time, although they can happen at any time of day, but people who are driving distracted who are on the road 24 hours a day seven days a week, from young teens to older parents, to even elderly folks, are distracted by their cell phones," said Nielson. "It's more common, it's more frequent and I think people tend to do it when they think they are safe … but it's never safe."