The Minnesota State Patrol says they are stepping up security at the State Capitol, in light of the local protests and violence at the U.S. Capitol. 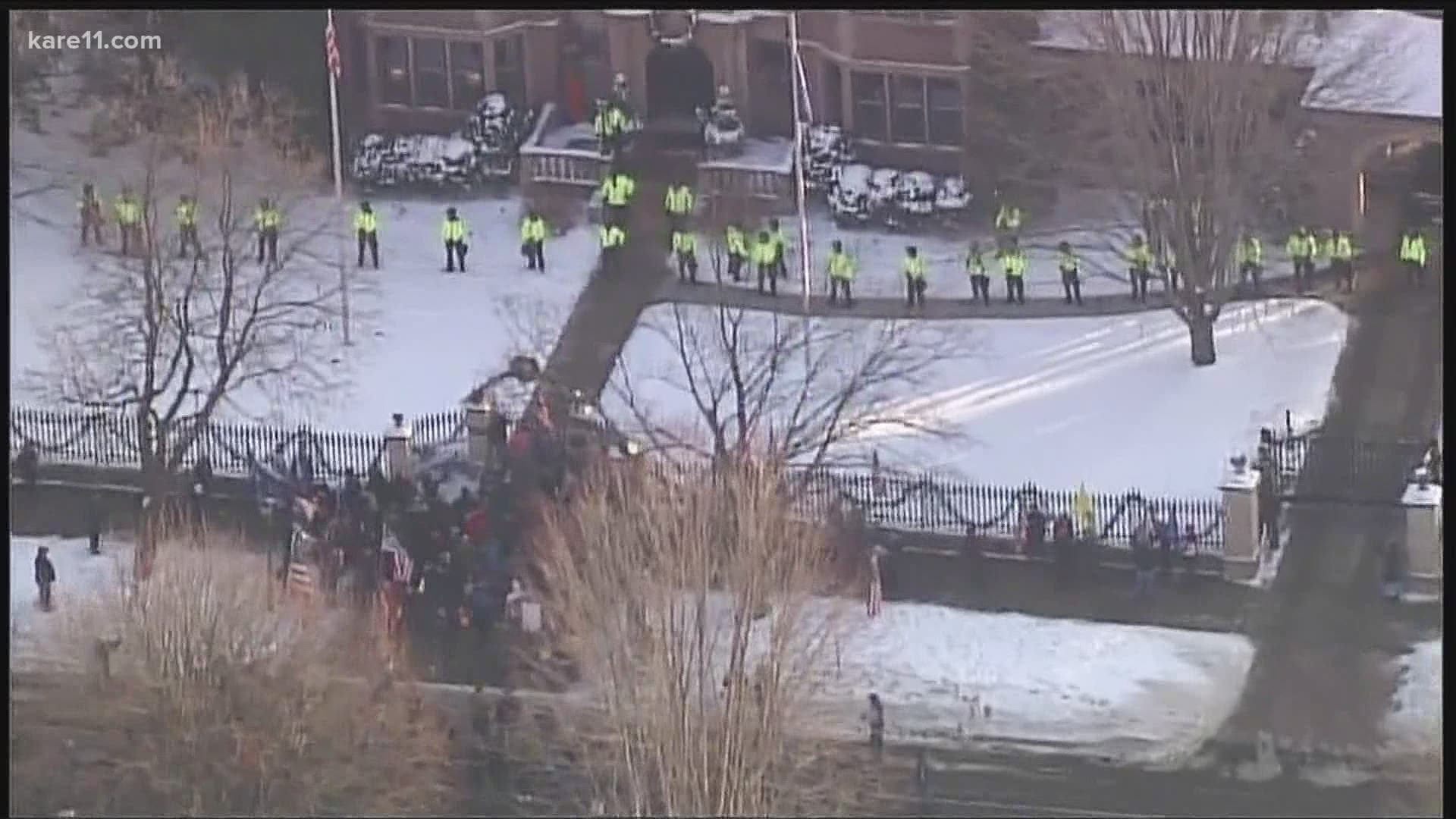 ST PAUL, Minn. — Supporters of President Donald Trump gathered at the Minnesota State Capitol in St. Paul Wednesday afternoon to protest against the certification of Joe Biden as the winner of the presidential election.

At one point most of the state troopers in the Metro Area were dispatched to the Capitol complex to guard the perimeter of the historic State Capitol Building. State lawmakers weren't in session at the time, but staff were asked to evacuate the building as precaution.

The Minnesota State Patrol said they were stepping up security at the Capitol, in light of the both the local protests and violence that was unfolding at the U.S. Capitol.

There has been and will be an increased presence of State Patrol troopers at the Minnesota Capitol in light of recent protests here and in Washington, D.C.

There were several hundred on hand at one point. Some of the demonstrators brandished symbols of the QAnon conspiracy movement, and some had tattoos of known white supremacist symbols.

Eventually the crowd left on their own.  A smaller contingent moved from the Capitol grounds to the Governor's Residence in St. Paul.

State troopers surrounded the mansion, while protesters pressed against the wrought iron gates. There weren't any incidents of violence but some of the protesters exchanged heated words with neighborhood residents.

The crowd eventually thinned out at the residence Wednesday afternoon, but police estimated that about 75 people attended.

One of those supporters, Dan Griep, said he was there to call for "election transparency."

A neighbor, who identified herself as Leah, criticized the St. Paul protests and the riots in Washington, D.C.

Handful of protesters outside Governor’s mansion that is surrounded by police. #MN pic.twitter.com/MerBky98VN

No arrests were reported at the mansion or the State Capitol.