Mike Miller's family has a mountain of bills to pay following the crash, and they received some help from a family that knows what they are going through. 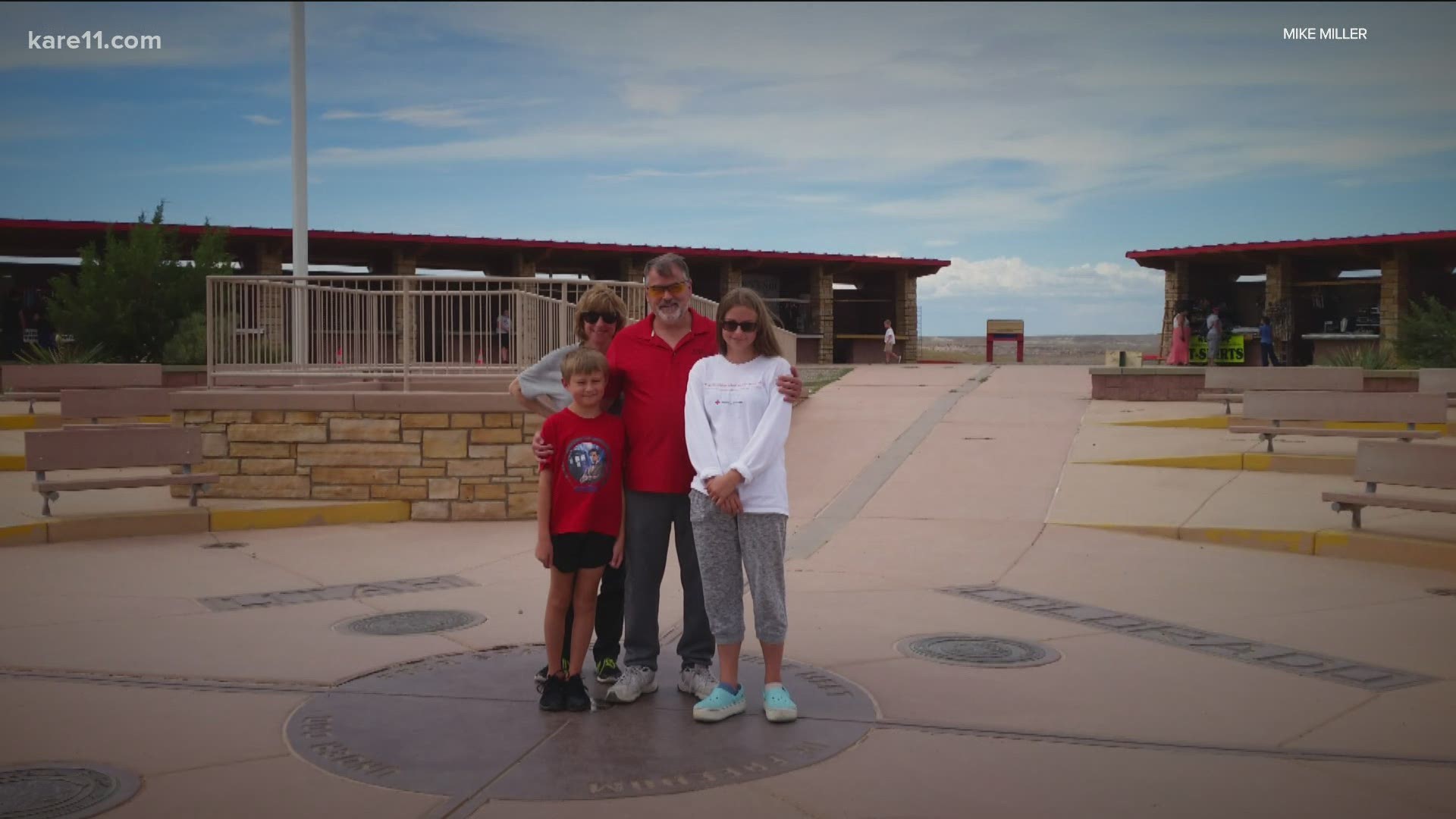 AMERY, Wis. — The Miller family needed a break from the pandemic.

On Jan. 18, 2021, with the kids out of school for a long weekend, they spent MLK Day together as a family in the great outdoors of Western Wisconsin.

“My kids have been cooped up forever with the indoor education,” Mike Miller said. “So, we rented some snowmobiles.”

Mike and his son, Shane, rode on one snowmobile, while his wife, Joan, and daughter Zoe rode another.

Within seconds a quiet holiday afternoon transformed into a nightmare, as Joan and Zoe lost control and spiraled off course into a tree.

“It went so fast. It was like a blink and I was down there. I passed out for most of it. I don’t remember landing or anything,” said Zoe Miller, a junior at Amery High School. “I woke up right after. I was screaming for my brother and my dad. My mom was completely out of it. She got hit a lot worse than I did. It was truly chaos, the definition of chaos. It was crazy.”

Mike Miller rushed to help his daughter and wife, scrambling as he called 911 for help. First responders airlifted Joan to Duluth, where doctors would treat her for a collapsed lung and several broken ribs, among other injuries. She remains in the hospital, and it could take six to 12 months for her to recover, according to the family.

Zoe broke her femur and ribs, and is currently using a walker, “but if I wasn’t wearing a helmet, I don’t know where I would be right now,” she said.

“My whole mind is blown. My family has never gone through a tragedy like this,” Mike Miller said. “Truly scary, and it’s really a wakeup call.”

To help with medical bills, the family started a GoFundMe, which was shared by the Amery school district and others on social media.

The GoFundMe ultimately found its way to another Amery family – and a woman named Cassy Anderson.

“It was just a post that I had seen on Facebook,” Anderson said in a phone interview. “Their accident happened to be on January 18, which is the day I lost my six-year-old daughter.”

Anderson was stunned. Her beloved Khyla, a girl with a radiant smile that lit up a room, had died exactly one year earlier in a similar incident involving a snowmobile. Having started “Khyla’s Treasures” in honor of her daughter, Anderson decided to donate $160 - the full proceeds from a recent t-shirt sale in Khyla’s name - to the Miller family.

She posted the following message on the GoFundMe:

One yr prior I lost my 6yr old daughter khyla in a snowmobile accident. I've started Khyla's Treasures in hopes to keep her alive in away by spreading her contagious smile and love around the world. We donated all the proceeds from our first shirt order in hopes it will help your family find away to move forward. Hold them tight you guys were graced by God to keep walking this earth for more magical days together ❤ picture included is my beautiful daughter may she spread her smile to you!

“She was amazing,” Cassy Anderson said of her daughter Khyla. “And I just wanted to spread her love to them.”

The Millers said they messaged Anderson back and are incredibly grateful for her generosity. The donation in Khyla’s name was the largest to date.

Mike Miller said he also wants to share his family’s story to raise awareness about outdoor sports safety - specifically about traveling in pairs, wearing helmets and being careful in the extreme cold.

“It can happen. It does happen. It really surprised me, it was really shocking, I still can’t believe it happened,” Miller said. “My wife and I were both looking for jobs and this couldn’t have come at a worse time. Just out for a fun day and… just really didn’t expect this. It’s definitely going to hit hard now, I’m going to be a single dad for a little while until Joan is back up and running. We’ll get through it, one day at a time, progress and move forward.”