At least one outbreak is near Carver County that MDH said had case growth tied to youth sports. 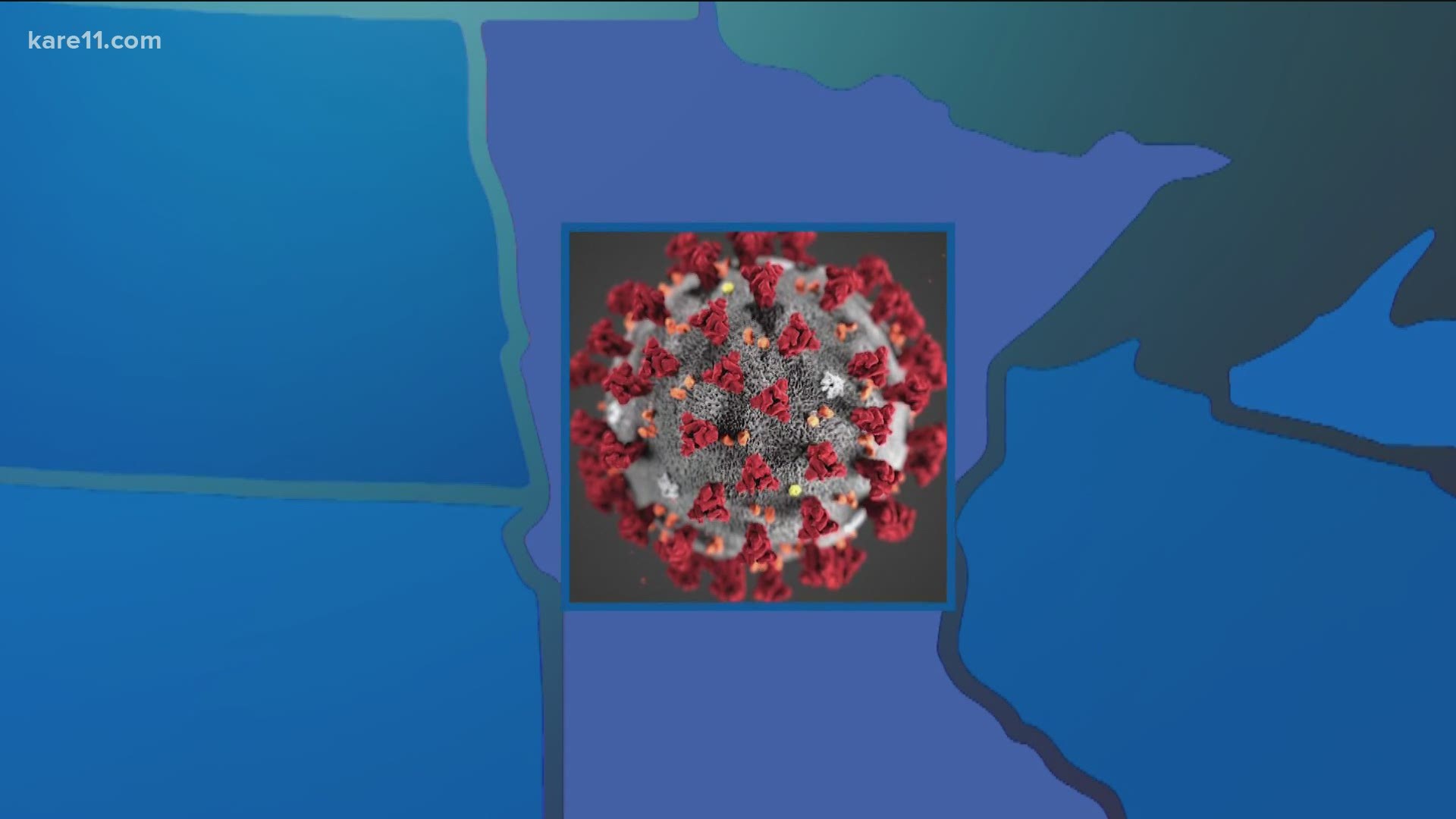 On Thursday, the Minnesota Department of Health reported more than 500,000 Minnesotans have tested positive for COVID-19.

"We’re seeing some trends with increases and that’s why we’re encouraging people and telling people how important it is to keep their guard up because we don’t want to see them inch up any farther than we have," explained Ehresmann. "We want to get back on that downward trend."

There has been a steady decline lately on many fronts, including positivity rate and hospitalizations. There has also now been more than two million vaccine doses administered in Minnesota.

"We’re so close, we don’t want to lose it, but the same token, I understand when people feel like they just want it to be done," said Ehresmann.

She confirmed two new counties are experiencing an outbreak right now and some of the cases include the more contagious variant from the United Kingdom. She defined the outbreak as a more than 50% increase in cases over a few weeks and at least one cluster that has the UK variant. A cluster is when there are at least three cases happening where none of them are within the same household.

Ehresmann said one county with an outbreak is near Carver County and the other is in south central Minnesota.

"We’re looking at what’s happening in the schools, is this part of the sports eco-system? How are the cases connected? And then, with that information, then we’ll make our recommendations for what would be additional appropriate response for mitigation," said Ehresmann.

When MDH reported an outbreak in Carver County on March 5, there was a 62% increase in cases from February 24 to March 4. A majority of the cases were tied to school and club sports like basketball, wrestling and hockey.

MDH recommended a two-week pause on youth sports that will expire on March 21. Health officials also opened a temporary testing site at the Chanhassen Recreation Center. They urged student-athletes to get tested once a week until the end of the school year and everyone else to get tested every two weeks, along with continuing to practice physical distancing and wearing masks.

"I realize that’s an uphill battle for us at this point, but that’s why it’s still important," said Ehresmann. "We haven’t achieved the level of community immunity that’s necessary to really protect the full population and to make sure we have the virus under control."

She said it's helpful that some of Minnesota's most vulnerable are vaccinated. And it's true COVID-19 isn't always as severe in younger populations, but spreading the virus is still problematic.

"It’s still making that variant more common in Minnesota which could be a problem for someone else and the more transmission we have the more opportunity the virus has to mutate."

Ehresmann also said the variant originally discovered in the U.K. continues to spread across the state. There are 317 cases – up from 250 on Monday.