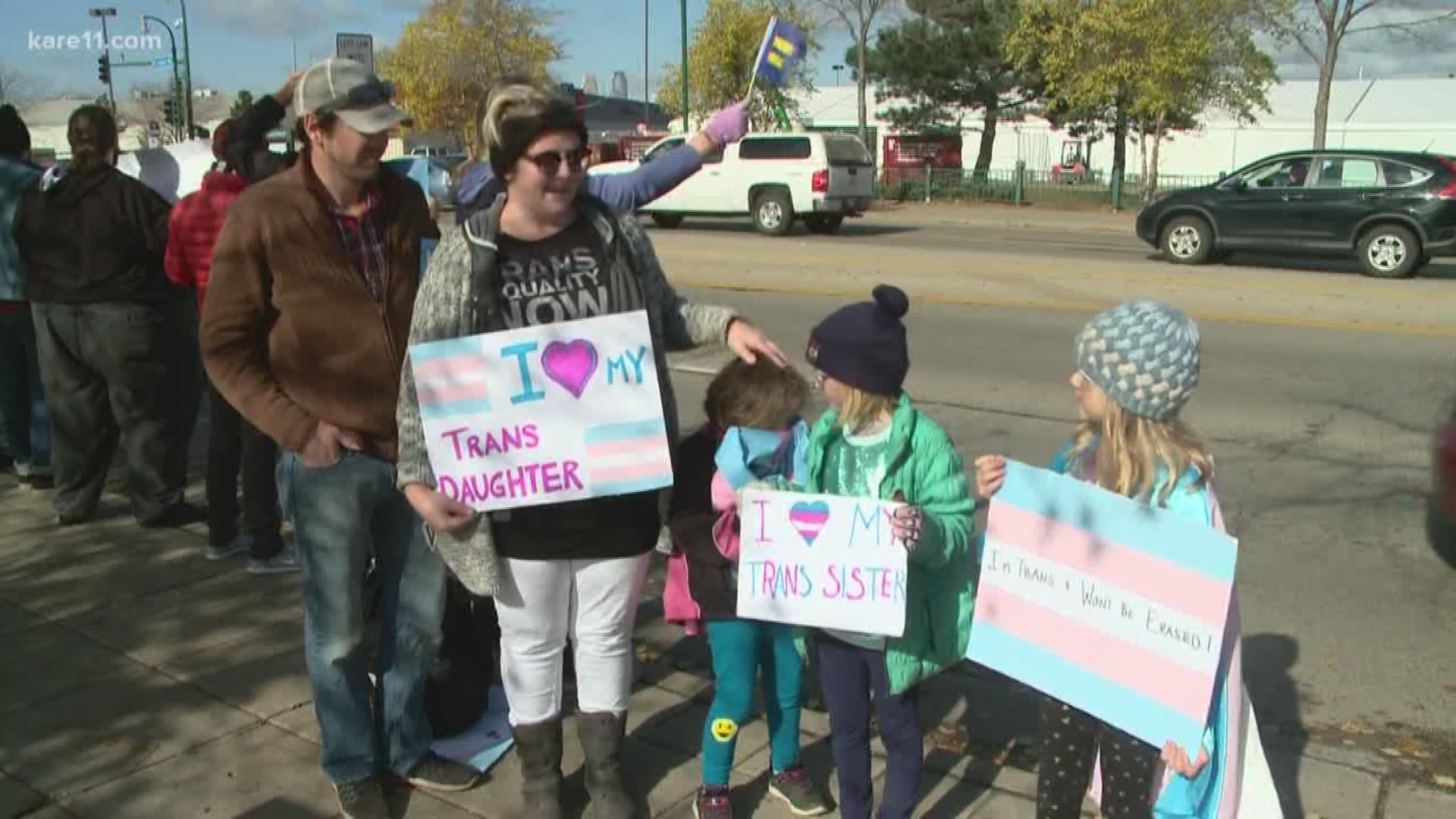 MINNEAPOLIS - For Heidi Nyquist and her husband, joy comes in threes. She stood with her husband and her three daughters on E Lake Street, participating in the rally for transgender rights.

Nyquist held a sign that said "I love my trans daughter." She said her oldest one is transgender. She said she was saddened to hear about the New York Times reporting of the leaked memo from the Department of Health and Human Services, in which the administration proposed to narrow the definition of gender to be "determined by genitalia at birth."

"I was very disappointed, upset, scared but we don't let that rule and try to overcome it and focus on the positive," Nyquist said.

Familiar faces were also in the crowd. Minneapolis council members Phillipe Cunningham and Andrea Jenkins also spoke out against the reported memo. Jenkins, who is the first African American openly trans woman to be elected to office in the U.S. said she wants everyone to know the city stands behind the trans community.

"The city of Minneapolis stands in support of human dignity and really making sure that the marginalized people in our community are supported," Jenkins said.

"They have a lot of different things happen with respect to transgender-- you know that as well as I do," President Trump said. "We're looking at it seriously." When a reporter asked him, "What about your promise to protect the LGBTQ community?" he responded, "I'm protecting everybody."

Protection is exactly the thing Nyquist said she's seeking for her oldest daughter.

"They're important, they are our sisters, our brothers, our mothers, fathers, friends," Nyquist said. "So they're part of our community and it's important that we are recognized, that we do exist and will always exist."

NBC News reached out to the Department of Health and Human Services for a comment but a spokesperson told them they do not comment on leaked memos.