Minneapolis is busier with beach closures in 2019 than years past

Four beaches within the city will remain closed until at least next week. 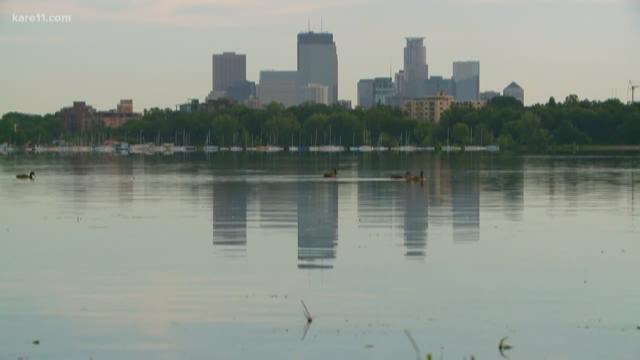 MINNEAPOLIS —
Carver Lake Beach in Woodbury is the latest beach to close from E. Coli.

The beach joins three others along Lake Bde Maka Ska and one along Lake Hiawatha - with Minneapolis city leaders saying they will remain closed to swimmers for at least another week.

Ben Anthony and his wife have plans at Carver Lake Beach this coming weekend. For the first time in years, it has been closed due to E. Coli.

"We want to have a barbecue here on Sunday, but we're not sure if the beach is going to be open," said Anthony. "Little embarrassing to invite your friends to a party and the beach is closed. E. Coli problem is getting out of hand."

"This year has been busier with beach closures," said Debra Pilger with the Minneapolis Park and Rec. Board.

She says not since 2014 has she seen this many long-term closures. What also stands out to her is how early these closures are coming.

"These long-term beach closures where we've had elevated bacteria levels for a longer period of time don't occur until late July and more likely even August
so to have 3 beaches closed is unusual for us," said Pilger.

Minneapolis city leaders will test the water again next Monday with results coming back Tuesday.