After two sold-out screenings, the film was selected as "Best of Fest" at the Minneapolis St. Paul International Film Festival. 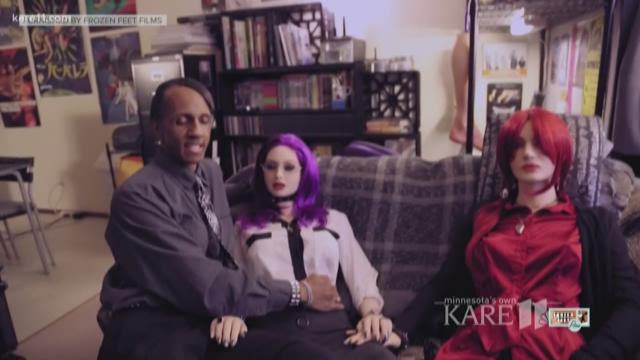 MINNEAPOLIS, Minn. – A new documentary from a Minnesota filmmaker may seem strange, even creepy. At its surface – it follows the lives of people who have relationships with dolls.

But ask the woman behind "Silicone Soul," and she’ll tell you the real focus is to make us think about what we all want in life.

“Love comes in many forms … the need for companionship and understanding is shown in the bond between humans and their synthetic companions … the bonds shown in the film are diverse and layered: from romantic relationships, to friendships, to a recreation of the love between mother and child,” filmmaker Melody Gilbert writes.

“'Silicone Soul’ does not allow for its subjects to be easily labeled or judged. Instead, the film is a collection of resoundingly human stories that reflect universal themes -- the desire for love, compassion and communication.”

After two sold-out screenings, the film was selected as "Best of Fest" at the Minneapolis St. Paul International Film Festival. Another screening of "Silicone Soul" will be held at the St. Anthony Main Theatre in Minneapolis on Wednesday, May 2 at 7 p.m.

Tickets are available at: bit.ly/SiliconeSoulMSP