As America carried the burden of the assassination of John F. Kennedy, Bud Barnum carried his casket. 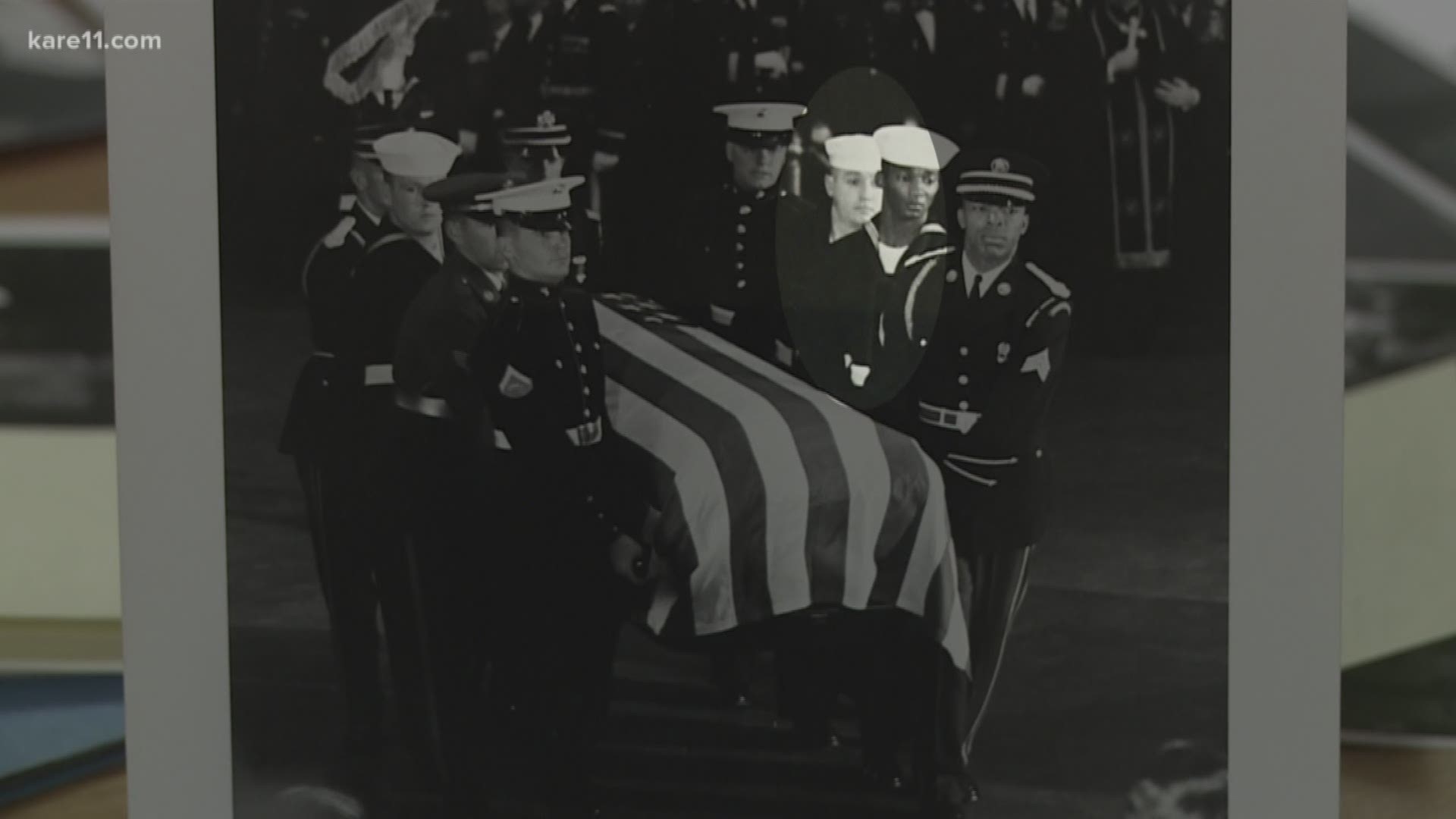 LAKE CITY, Minn. - As America carried the burden of the assassination of John F. Kennedy, Bud Barnum carried his casket.

Days before the 55th anniversary of the Kennedy assassination, Barnum reflected on his four days in the national spotlight.

“There we are, said Barnum,” flipping through stacks of black & white photos at his Lake City home.

A young Barnum grips the president’s casket, his stoic face beneath his Coast Guard white cap.

“Here we're bringing him into the white house,” Barnum continued.

Already, Barnum had been chosen to represent his branch of the service on military honor guards. He was preparing for the anticipated funeral of former president Herbert Hoover when he was summoned to Andrews Air Force Base to meet the body of JFK, assassinated hours earlier in Dallas.

“We stayed with the casket all the time,” Barnum said.

The only time Barnum and the other pallbearers broke away, was to practice. Away from public view at Arlington National Cemetery, they walked up and down steps with a stand-in casket.

In the process, six pallbearers became eight, due to the weight of Kennedy’s mahogany casket.

“We put a person on top of the casket, filled the casket with sandbags and practiced carrying up, keep it level,” Barnum said.

Whatever emotion Barnum and the other pallbearers felt was held inside.

Barnum’s duty was followed by a thank you card from Jackie Kennedy and a flurry of autograph seekers who mailed his base.”

“There were hundreds of them,” Barnum said. He signed every request.

Someday he hopes to join President Kennedy at Arlington – his eternal resting place too.