Little Canada native Maggie Nichols says she was molested by USA Gymnastics team doctor Larry Nassar while a member of the national team. 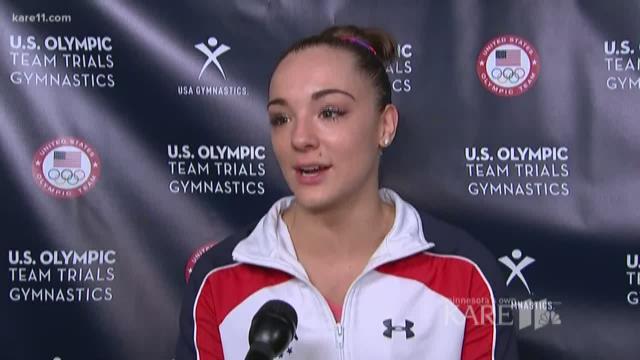 LITTLE CANADA, Minn. - The sex abuse scandal surrounding former USA Women's Gymnastics doctor Larry Nassar is hitting close to home today with the revelation that a Minnesota-raised athlete now says she is one of his victims.

Little Canada native Maggie Nichols, now a sophomore and reigning national champion gymnast, says she was molested by Nassar while a member of the national team. “Three of my friends and former National Team members who medaled at the 2012 Olympics recently stepped forward to proclaim they were sexually assaulted by former USA Gymnastics, US Olympic Team and Michigan State University Dr. Larry Nassar," Nichols asserted in a written statement. "Today I join them.”

In her statement Nichols maintains she was "Victim A", the first USA Gymnastics athlete to report Nassar's conduct to the organization. Nichols details how the alleged abuse began when she was 15 and experiencing back problems while at a national camp held at the Karolyi Ranch.

"My back was really hurting me, I couldn't even really bend down, and I remember he

took me into the training room, closed the door and closed the blinds," Nichols writes. "At the time I

thought this was kind of weird but figured it must be okay. I thought he probably didn't want to distract the other girls and I trusted him."

"He did this “treatment” on me, on numerous occasions," Nichols recalls.

She goes on to accuse the US Olympic Committee and USA Gymnastics with failing to provide a safe environment for her and her teammates.

“USA Gymnastics and the USOC did not provide a safe environment for me and my teammates to train. We were subjected to Dr. Nassar at every National Team Camp which occurred monthly at the Karolyi Ranch. His job was to care for our health and treat our injuries. Instead, he violated our innocence,” she said.

Nichols' lawyer John Manly confirms that Nichols has filed a lawsuit against USA Gymnastics and Michigan State University alleging the organization failed to protect Maggie and hundreds of other girls from a predator like Nassar. The suit was previously filed as a 'Jane Doe,' but Nichols' announcement today makes her allegations public.

“USA Gymnastics brazen attempt to coverup the largest child sex abuse scandal in sports resulted in the molestation of hundreds of little girls," reads a statement by Manly. "Chairman Paul Parilla and his Board should resign. If they don't, the United States Olympic Committee has a responsibility to decertify this organization and replace it with one that will put the health and safety of athletes above money and medals.”

Magggie Nichols retired from Olympic competition after being left off the 2016 Olympic team following a knee injury. She entered the University of Oklahoma in 2017 and led her school to an NCAA National Championship, setting an Oklahoma record in the all-around competition.

Larry Nassar was removed from USA Gymnastics and the US National as team doctor in 2015 following complaints from Maggie Nichols, Aly Raisman and McKayla Maroney. In November he was sentenced to 60 years in Federal Prison on child pornography charges. He also pled guilty to 10 counts of criminal sexual conduct in Michigan state court, and will be sentenced on those charges this month.