'We got a boat full of beagles!' one Coast Guard member declared during the unique Florence rescue. 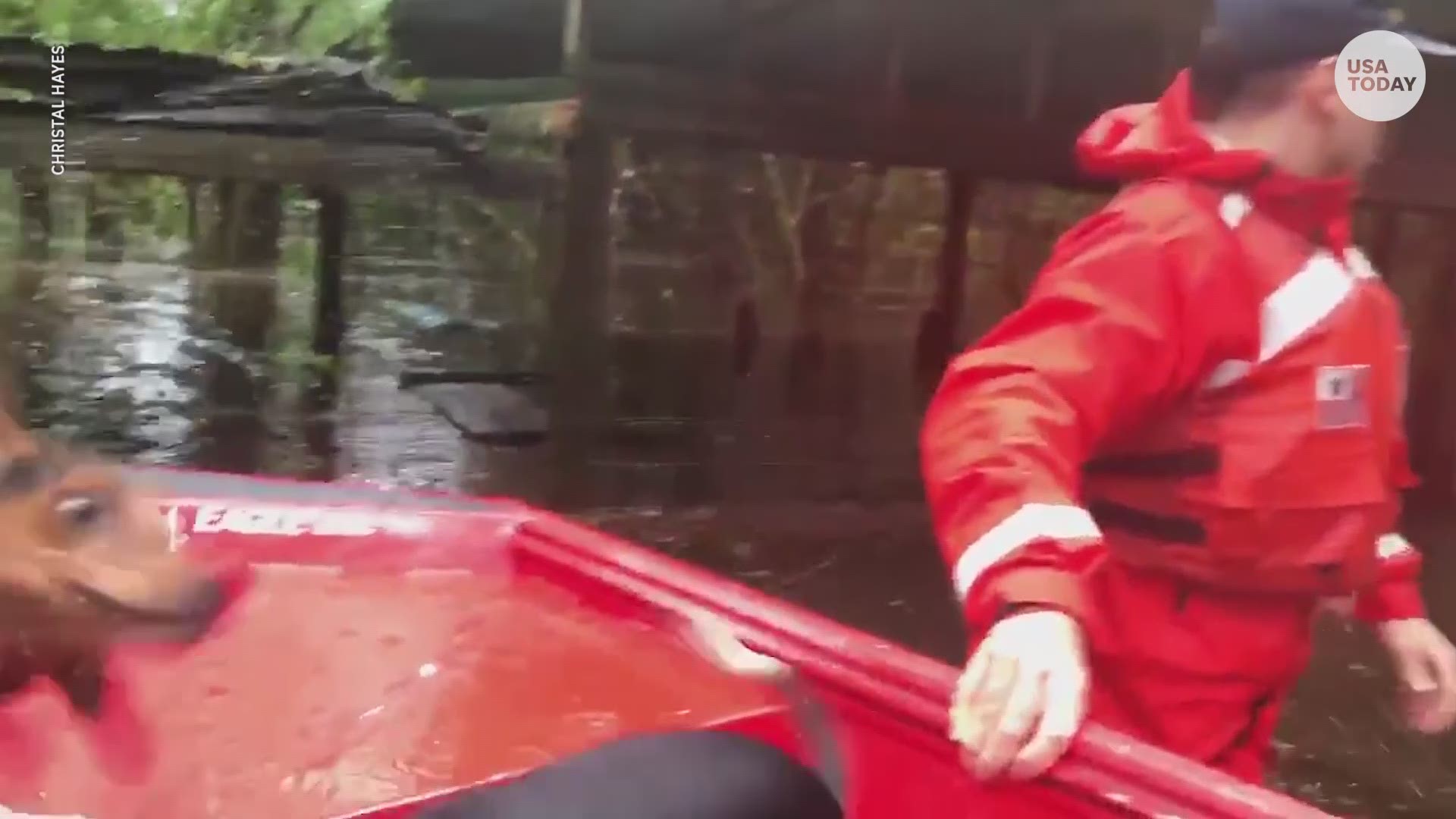 But as she inhaled from her oxygen tank, she looked back at her 10 beagles still in cages. Some were swimming, trying desperately to climb up the sides. Their cries and yelps echoed throughout the wooded neighborhood.

Another punt boat pulled up and Coast Guard member Mitchell Moretti hopped out, hurrying to grab one white-and-brown beagle with her head barely above water.

“If we would have gotten here just a few minutes later, I don’t know if these guys would have made it,” he said.

Quickly the red “war eagle” military boat filled with wagging tails as the concern that filled the Coast Guardsmen's faces turned to smiles.

“We got a boat full of beagles!” crew member Tyler Elliott said with a laugh. “This is the best day of my life!”

The rescue turned into a comedy skit of sorts as some the dogs hopped from the vessel, causing members to chase after the pups in the waist-high water. Some of the dogs also used the boat as their personal bathroom once they were pulled to safety.

“Is he taking a leak?” Moretti said with a smile. The rest of the group started to laugh.

Horne and her husband, Jackie, said they originally evacuated to a relative’s home but returned to their trailer because it looked like the wind and rains had died down.

“It looked like everything was fine. It was fine,” she said. “It’s like this came out of nowhere all at once.”

The Hornes said they were relieved to hear their dogs were safe, along with their neighbor's four pit bulls.

“Thank God,” she said. “There are some things you can’t replace.”