Minneapolis Park Police still have not found the person who called 911 on four teenagers at Minnehaha Regional Park earlier this week, an incident that prompted an enormous social media response. 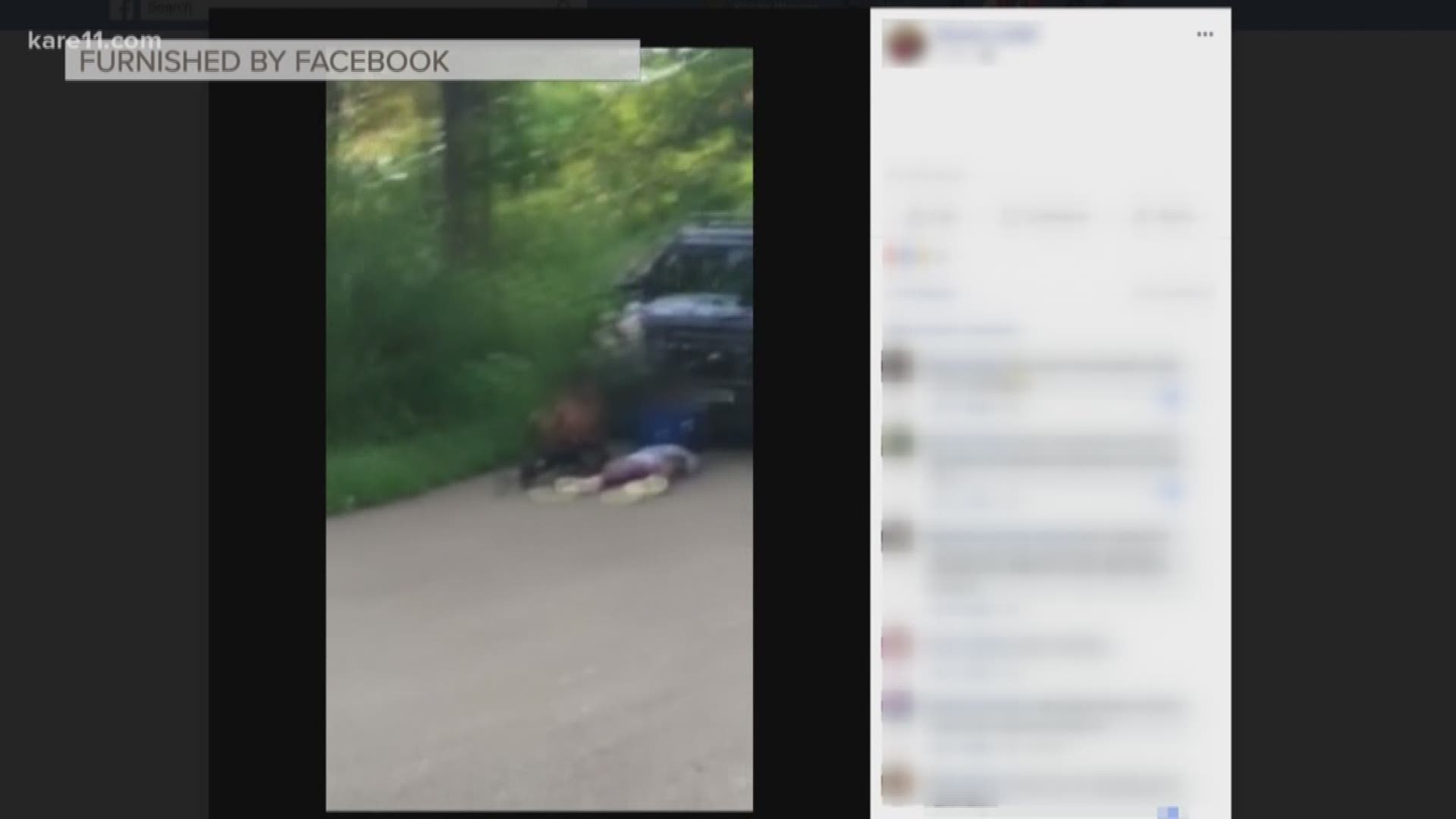 MINNEAPOLIS - Minneapolis Park Police still have not located the person who called 911 on four teenagers at Minnehaha Regional Park earlier this week, a spokesperson said Thursday, as community outrage over the incident continues to boil.

A Facebook video of the encounter has now been viewed more than two million times, drawing attention from major media outlets and well-known activist Shaun King. The video shows two of the teenagers sitting on the ground in handcuffs before police place them into the squad car.

A Park Board spokesperson said it's her understanding that all four teenagers involved are Somali. They were all released without being arrested or charged.

Andrew Johnson, a Minneapolis council member who represents the Minnehaha neighborhood near the park, said constituents have left him messages left and right ever since the video circulated on social media.

"People look at it, and they struggle to understand," Johnson said. "There's a lot of concern over the law, and law enforcement resources, being applied unequally and along racial lines in our city."

Minneapolis council member Andrew Johnson says he's been fielding calls from constituents about the Minnehaha Regional Park incident, with many of them questioning why Park Police pointed a weapon at four teens and handcuffed them before their release. @KARE11 pic.twitter.com/1oc17fTFZw

Park Police are investigating the validity of Tuesday night's 911 call, which described four teenagers with knives and sticks, carrying out an assault. The caller told 911 that one of the teens said he had a gun in his backpack. No weapons were ever found.

The caller's account was not true, but it prompted an officer to point a gun in the direction of the teens when he arrived on scene. Park Police acknowledged that all four teenagers were then handcuffed.

According to a police report, an officer on scene attempted to find the 911 caller, but that person "could not be reached by phone or in person."

Making a false 911 is a misdemeanor under Minnesota state law (if a false call leads to an injury, it can be prosecuted as a felony).

The cases are difficult to prove and rarely prosecuted, according to criminal defense law expert Eric Newmark. In this case, police would need evidence that the person made the 911 call with malicious intent toward the four teenagers.

"The state would have to prove they knew, at the time, the information they were providing at the time was fictitious," Newmark said," and intending to draw the police."

Brad Bourn, a Park Board commissioner representing District 6, said in a Facebook post on Thursday that "we will evaluate whether legal options should be pursued" if the 911 call is determined to be a false claim.

He also said that the Board of Commissioners, in conjunction with the superintendent, would review policies and discuss the possible implementation of an advisory and review council for the Park Police.

"We're reaching out to the families of the children that were detained to see how we can be of service," Bourn said. "We're also in the process of setting up opportunities to talk with constituents and keep the community informed as the investigation progresses, and we determine next steps."

Park Police Chief Jason Ohotto said at a news conference on Wednesday that the officers' actions on scene were based on the information contained in the 911 call, which indicated danger.

Park Police and the Park Board are now searching for outside legal counsel to conduct an independent investigation into the officers' conduct.

"Even if they needed to keep them there to investigate, keeping them in handcuffs or in the squad car seemed an escalation that probably wasn't necessary," Newmark said. "But obviously, all of the facts haven't come out yet."

"Our parks are where all of our city's children should be able to run and play with their friends – and they should feel safe while doing so. I am glad that Minneapolis Park Board (MPB) members and MPB Police Chief Ohotto are investigating the validity of the 911 call that led to this incident, which compromised what parks should be for our kids. I will continue to keep in touch with MPB leadership as the investigation progresses."