After reports of Iranian detainment, what's the law at the border?

Reports emerged this weekend claiming that Iranian-Americans were detained entering the country in the Pacific Northwest. Here's what the law says about that. 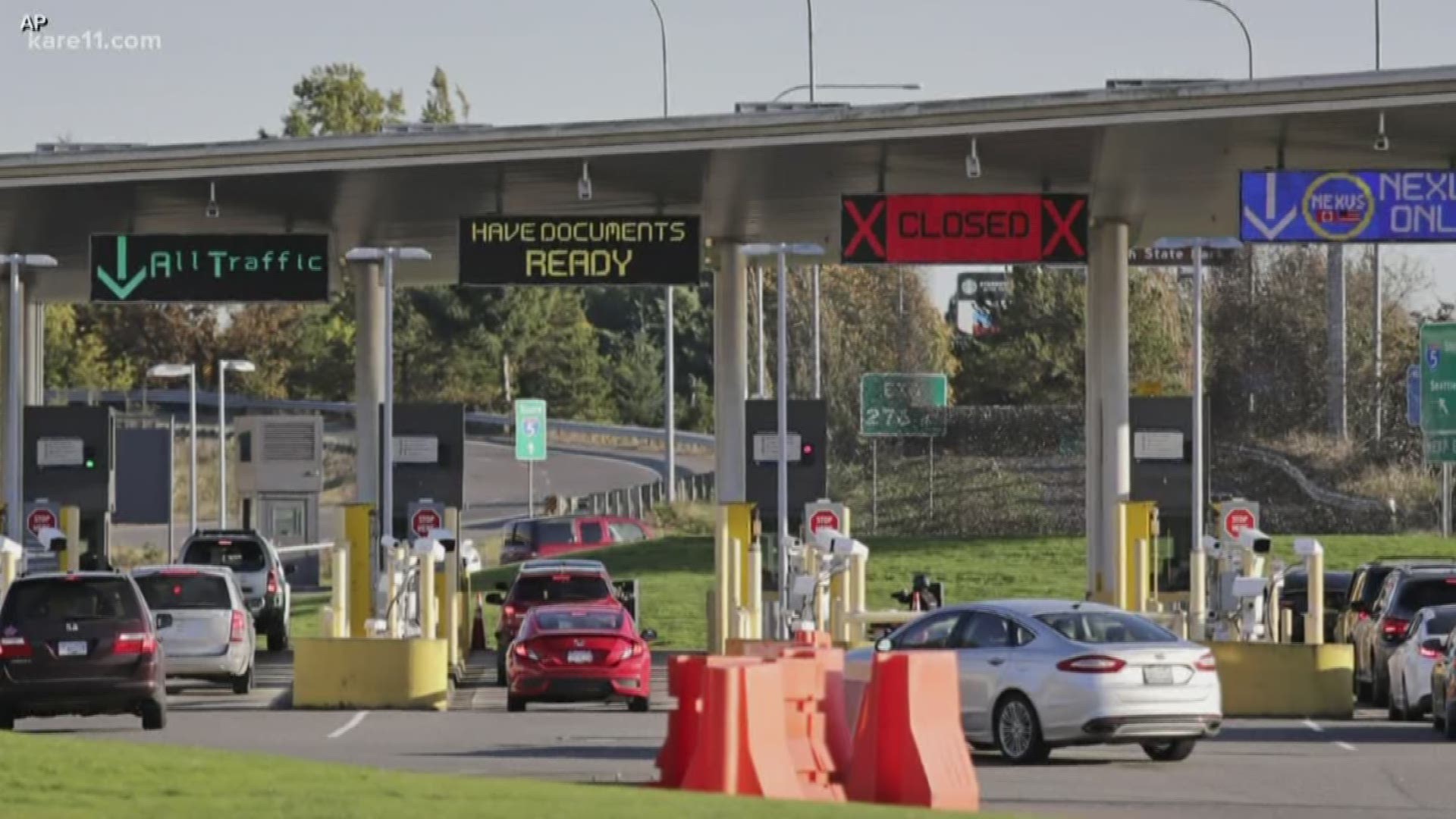 MINNEAPOLIS — As tensions with Iran escalate, thousands of social media users shared posts over the weekend that claimed as many as 60 Iranians, including U.S. citizens, were detained and questioned at a border crossing in the Pacific Northwest.

According to the Washington chapter of the Council on American-Islamic Relations, families told them they had been detained at the Peace Arch Border Crossing in Blaine for as many as 11 hours. The crossing is an international Customs and Border Protection location between Seattle and Vancouver.

Customs and Border Protection flatly denied the allegations and claimed there had been no "directive" to detain Iranian people.

The statement was met with deep skepticism from lawyers and activists — many claiming to speak with detained people directly — as well as Democratic Gov. Jay Inslee. He called CBP's denials "not credible."

To make sense of the laws at the border, KARE 11 sat down with Ana Pottratz Acosta, an assistant teaching professor at the Mitchell Hamline School of Law and an immigration law expert.

"It's definitely unusual," she said of the reports. "It's one of the first times in recent history we've heard of, where CBP has exercised discretion to detain U.S. citizens based on their nationality."

It would not be legal for CBP to detain or question someone based solely on ethnicity or race, although border agents could technically use national security as a basis for doing so.

Unlike a law enforcement agent inside the border, probable cause is not needed for CBP to detain someone at a port of entry.

"The thing a lot of people need to realize is the border zone is a relatively lawless place as far as civil liberties are concerned," Pottratz Acosta said. "The federal government has pretty wide ranging authority to engage in questioning, to detain you or to conduct searches."

They cannot, however, deny U.S. citizens entry into the country (to be clear, CAIR Washington said that the detainees were eventually released at the border).

"CBP does not have the right to refuse you admission," Pottratz Acosta said. "They can detain you, but eventually they have to let you go."