Lawmakers are considering a bill that would pay $3 million to the estate of Officer Joseph Gomm, who was murdered by an inmate at Stillwater Prison in 2018. 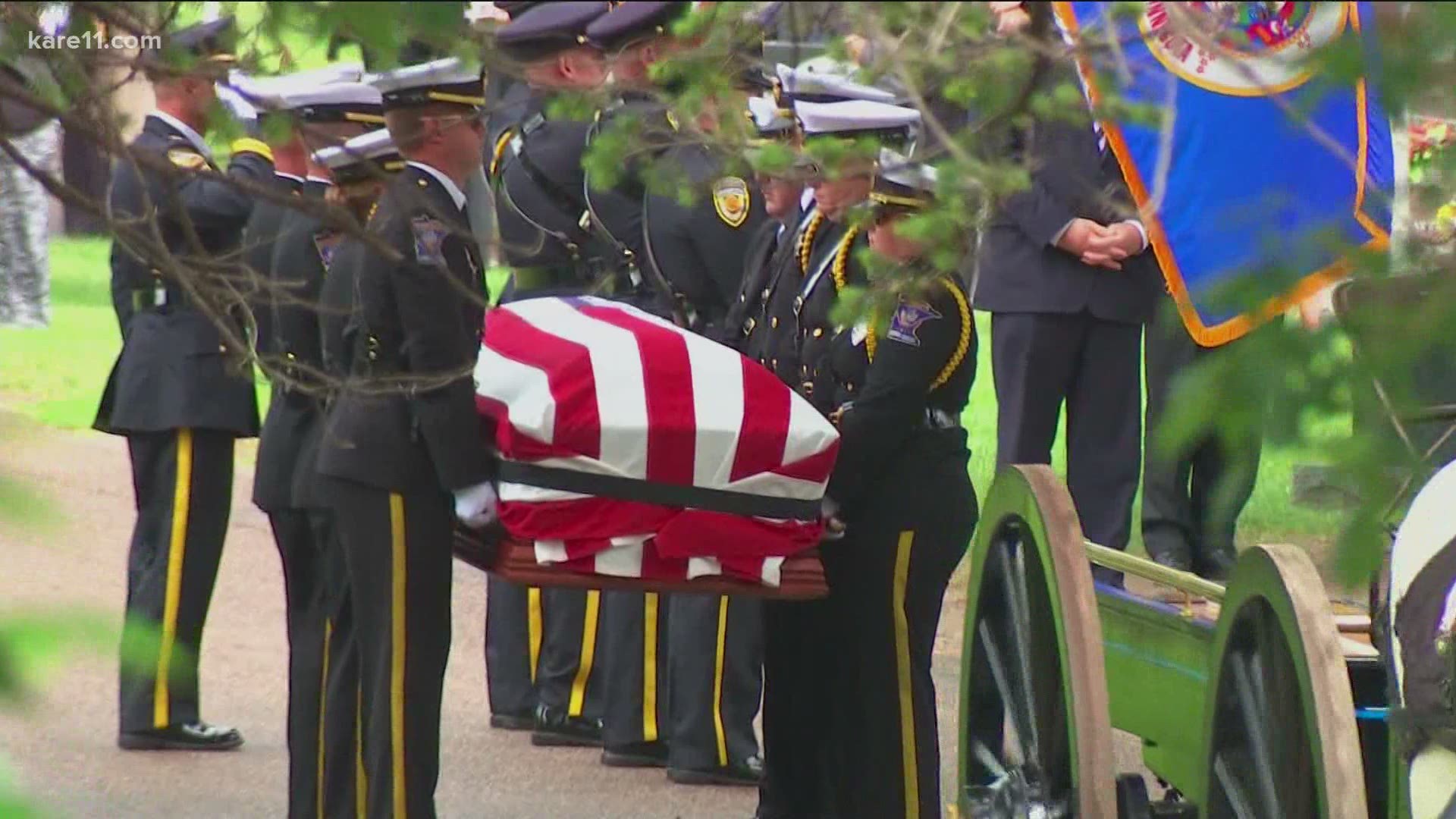 ST PAUL, Minn. — As Audrey Cone told it, her brother Joseph Gomm was the glue that held the family together. And his sudden death in a violent attack continues to shake them.

"He was the solid fixture of our family. And our mom has never been the same since," Cone told the Senate Public Safety Committee Wednesday as she fought back tears.

Officer Gomm was murdered July 18, 2018 in the Stillwater Prison correctional industry shops. Inmate Edward Johnson ambushed Gomm with a hammer, beating him to death and stabbing him.

The attack rocked the state because it was Gomm was the first state corrections officer in Minnesota history to be killed by an inmate. He was 45 years old and single, but part of a large close-knit family.

"I saw the death pictures. He was not recognizable. And it has left a big, giant hole, not only for me, but for my mom and my other siblings and my niece and nephew."

The panel was taking testimony on Sen. Karin Housley's bill that would pay the family $3 million as compensation. She told her colleagues that the Dept. of Corrections could've prevented Gomm's murder, but he was exposed to a dangerous inmate who took advantage of the prison shop's inadequate staffing.

"Joe was the lone correctional officer in the workshop that day," Sen. Housley remarked.

"And Edward Johnson, a known inmate with hundreds of documented incidents should have never been in the program period."

The Workers Compensation system paid a $60,000 benefit to Gomm's family. And his mother received a $166,000 death benefit.

But those payments didn't reflect the nature of Gomm's death or the liability of the Dept. of Corrections or MinnCor Industries, which operates the shops.

At this point the Gomm Family hasn't filed a wrongful death lawsuit against the state. They're seeking compensation directly from the legislature, but if that doesn't work a lawsuit is very likely.

Audrey Cole said her brother loved his job at Stillwater and got along well with most of the inmates on his watch. But he had complained to her and other relatives that he felt vulnerable in the shop building because of low staffing levels.

"Joe would often tell me, 'If I don't come home in the evening, don't be surprised'."

The Public Safety Committee Chair, Sen. Warren Limmer, expressed his condolences to Cole. He said he could relate to the feeling of being outnumbered because he once worked as a corrections officer and would at times be left alone with 45 inmates.

Former Rep. Nick Zerwas, appearing on behalf of the Gomm Family, said that Edward Johnson was primed to attack someone that day because it was the 14th anniversary of when Johnson lost an eye during a prison fight.

"MinnCor, the entity that runs the prison industry, was well aware the staff was light that day and did not meet the policy guidelines for operations. Yet, they required industry to operate despite that."

Johnson was serving time for the stabbing death of a 22-year-old woman at the time. He pled guilty to first degree murder in Gomm's slaying and was sentenced to a life sentence.

The wording of the Sen. Housley's legislation is fairly simple. It reads as follows:

"Section 1. DEPARTMENT OF CORRECTIONS; APPROPRIATION. $3,000,000 in fiscal year 2022 is appropriated from the general fund to the commissioner of corrections for full and final payment to the estate of Officer Joseph Gomm as compensation for his death. This appropriation is available until June 30, 2022."