The measure would make it illegal to hold a cell phone while driving in Minnesota beginning in August of 2019. 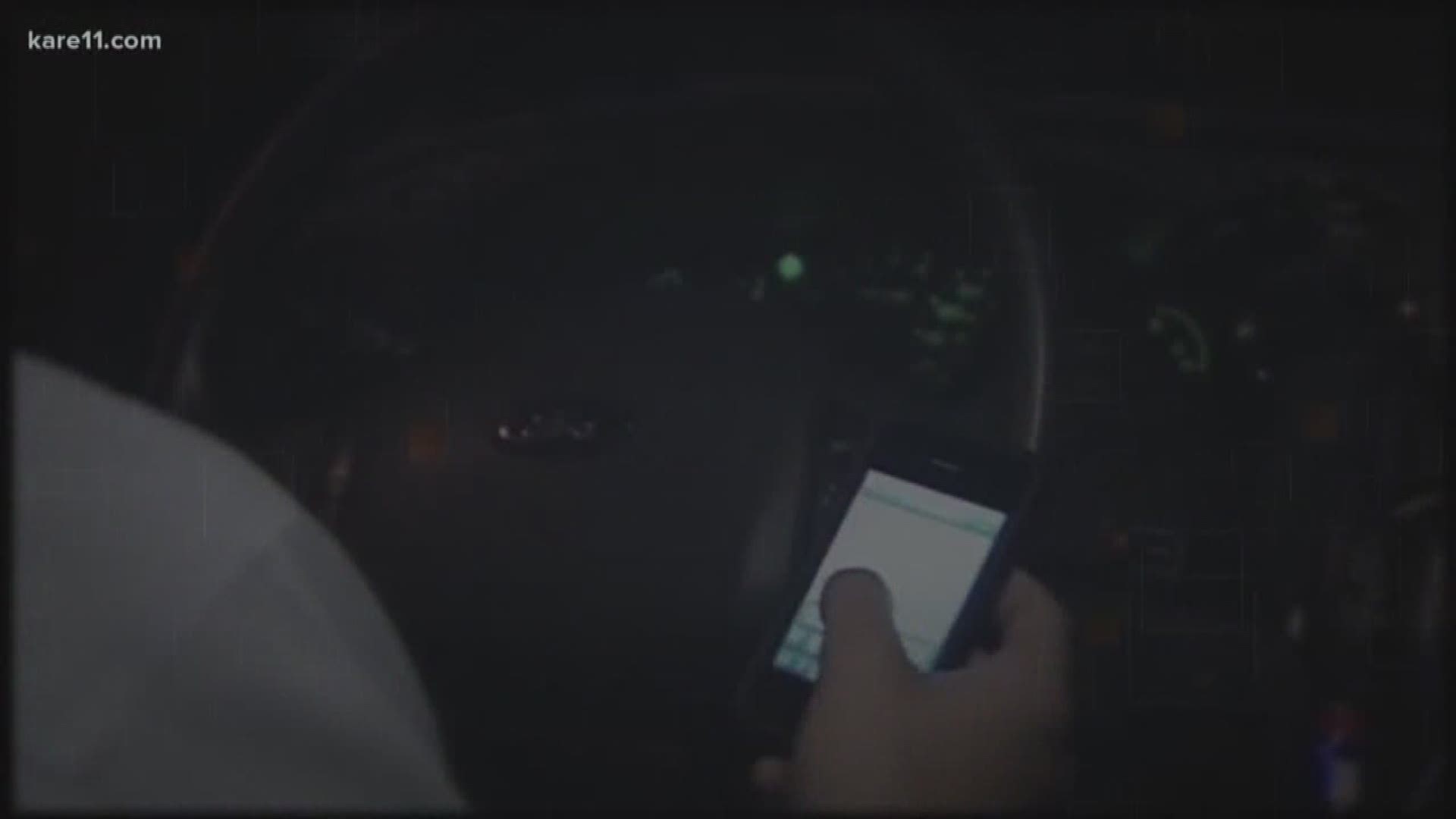 ST PAUL, Minn. — The Minnesota House approved a bill late Monday night that would make it illegal to hold a cell phone while driving.

The so-called "hands-free" bill passed by an overwhelming, bipartisan tally of 106 to 21. Now the action shifts to the Minnesota Senate, where the companion bill has been making steady progress.

"Tonight, we can take a big step toward saving lives and making our roads safer," Rep. Frank Hornstein, the Minneapolis Democrat who chairs the House Transportation Committee told his colleagues.

"House File 50 sends a timely message to Minnesotans; hang up and drive!"

If the bill becomes law drivers would be limited to hands-free mode when making or receiving calls while driving. Maps and other apps could only be used with voice commands in one-touch mode.

Rep. Hornstein gave credit to families of distracted driving victims for their tireless efforts at the State Capitol to keep pressure on lawmakers. Those family members sat in the House gallery for hours Monday, sitting through debates on other bills as they waited for lawmakers to take up Hornstein's hands-free legislation.

They erupted in cheers as soon as the vote total was announced and received a polite reminder from the House Speaker that demonstrations aren't allowed while the House is in session.

Supporters have made regular appearances at the Capitol in the past four years, always appearing at press conferences and hearings holding framed photos of their family members who were killed while walking, biking or driving by people using cell phones.

"When you go home, you hug you kids often. You tell them how much you love them, because I can’t do that with Andrew anymore," John Dudley told reporters Monday, while holding a portrait of his son.

Andrew Dudley was biking home from church in 2012 when he was run over and killed by a distracted driver. Dudley was a senior at St. Louis Park High.

"With the advent of this thing it’s become a selfish, entitlement mentality," John Dudley said, while holding up a smart phone. "The mentality that I can text and talk on the phone and drive at the same time -- no, you can't!"

The bill calls for a warning on the first offense, and $250 fine on the second offense. More importantly it will make it easier for patrol officers to spot people texting while driving, which is already illegal. 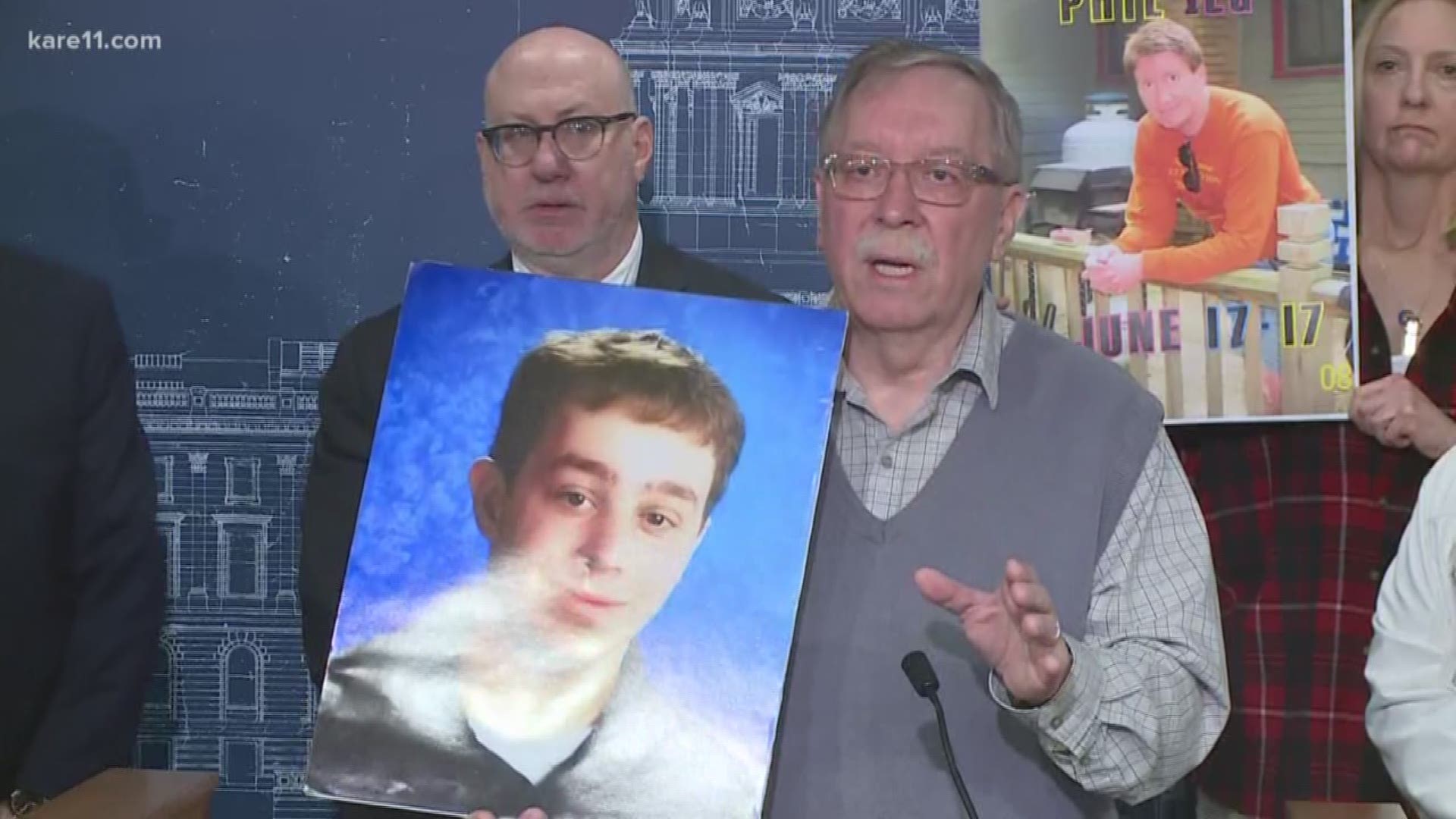 It takes away the excuse that the driver was merely dialing a number, rather than texting.

Hornstein also thanked former Rep. Mark Uglem, the Republican who carried the hands-free bill in 2018. Uglem's bill had bipartisan support but stalled after Republican leaders in the House and Senate blocked it from going to a floor vote.

This year the DFL is in control of the House and put the legislation on a fast track through the committee process. And the Senate GOP leaders had a change of heart on the issue, pledging to let it get to a floor vote in that chamber.

Some Republicans objected to the bill because voice texting will still be allowed, and it can be more distracting for some people than a regular call.

Hornstein said drivers should still know that any use of a phone in a moving car is a dangerous distraction. But he said he believes the change will save lives because it will get encourage people to set their phones down while driving.

Some complained about the cost of retrofitting an older vehicle to make it work the way modern vehicles do, but supporters contend there are fairly inexpensive equipment to adapt cars to hands-free mode.