Pain patients say they're falling through cracks in opioid legislation

There’s a group of people who claim they are falling through the cracks. 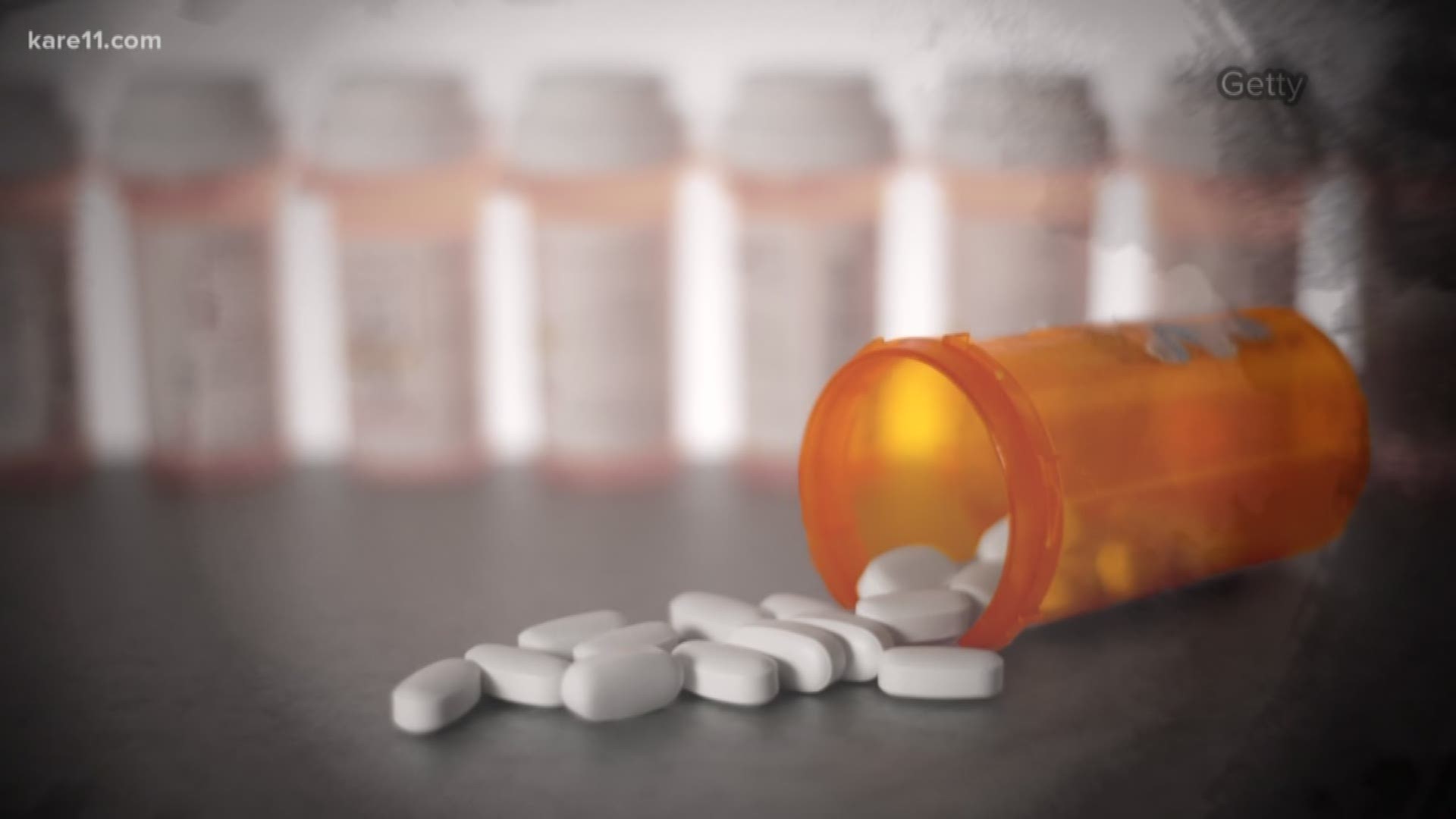 ST PAUL, Minn. — There’s no doubt we have an opioid crisis in this country.

The federal government, state legislatures, task forces; they are all banding together to "take on" opioids. But, in the process, there’s a group of people who claim they are falling through the cracks.

Cammie LaValle is one of those people.

"I have a few incurable diseases,” says Cammie.

“I have occipital neuralgia, intercostal neuralgia, costochondritis, inoperable spine damage as well, in addition to that I have a heart condition and epilepsy, so I'm not the healthiest person,” she explains.

But, it was the Complex Regional Pain Syndrome she developed after carpal tunnel surgery in 2013, that sent her life into a downward spiral.

"Little by little, without proper treatment, it spread to my legs, my other arm, my chest, my abdomen. It's in my face causing nerve damage and so my eyes twitch and droop,” Cammie says.

Cammie has tried everything. Heating pads, injections, experimental treatments. Some of it works, some of it is too expensive. She finds at least a little relief with opioids.

"It helps me a lot. It helps me sit here. It helped me do my hair today, and get dressed, and participate in this interview. And without the medication, I wouldn't be able to do any of this. At all,” she says.

One problem. Her drugs are getting harder and harder to obtain.

Someone else has seen the same trend.

"I am a stage four cancer patient and I'm part of cancer support groups and so this is hurting people I know,” says Cara Schulz.

Schulz is also a Burnsville City Council member. She says she hears endless stories of people who responsibly use opioids and are being cut off.

"I don't think many people realize that the opioid crusade is impacting populations that are extremely vulnerable, such as cancer patients, people who have chronic pain, our veterans who are injured in service to our country,” Schulz says.

The two women say doctors are afraid to prescribe medication for fear of losing their licenses. Pharmacies are refusing to fill prescriptions and insurance companies are flat-out denying payment. No one wants to be held responsible.

"All of it's true. And it's happening uniformly across the country,” said Dr. Lynn Webster.

Dr. Webster is a pain researcher and physician. His focus is on finding safer, more effective therapies for chronic pain. He also developed the Opioid Risk Tool to help reduce overdose deaths.

“Most of us would prefer never to prescribe an opioid, but unfortunately there are very few options for some pain conditions,” he explains.

So, what happened? In 2016 the CDC put out guidelines for prescribing opioids. States have adopted them, many clinics, pharmacies and insurance companies have implemented their own even stricter guidelines. The result? The number of opioid prescriptions has plummeted, which sounds great, except while that is happening, overdoses have skyrocketed. A disconnect. Dr Webster says the deaths are from illegal drugs like fentanyl and heroin, not legally prescribed medication.

"We have to keep in mind that those who are misusing, abusing the drugs generally get the drugs illegally, and they're using them for the wrong purpose. And then separately, we have people who have been prescribed the drugs for legitimate purposes and derived great benefit from it. We can't conflate those, and we need to be able to sort those out as we develop public policy,” said Dr. Webster.

RELATED: Should drug dealers be charged with murder?

Here in Minnesota, legislation is moving through the House and Senate that would implement those stricter guidelines and impose millions of dollars in fees to drug manufacturers - something patients believe will be passed on to them. Minnesota's Opioid Prescribing Improvement Program, which was established to reduce opioid dependency and misuse, does not have any current pain patients as part of the work group making those decisions. That’s something that concerns Cammie.

Cammie understands the need to stop the crisis. The need to help those struggling with addiction. She just doesn’t want to be the victim of the law of unintended consequences.

“Those people need help but, in the effort to help them, we can't be forgotten,” says Cammie.

The Minnesota Department of Human Services gave us the following information about people on the work group:

One of our public members was a pain patient, with a personal history with opioid use disorder that began while receiving opioid therapy for acute and chronic pain conditions managed by their health care providers. Additionally, several of the Opioid Prescribing Work Group (OPWG) members actively treat patients with chronic pain. We also received and incorporated input and public comment from chronic pain patients—both those who use opioid therapy and those who do not—throughout the course of the project. The OPWG members review all public comments, and those comments have influenced the nature of the program.

Additionally, the purpose of the Opioid Prescribing Work Group is to help provide educational tools and supports for providers. While current research and science do not support using opioid therapy to treat chronic pain outside of cancer-related pain, and hospice and palliative care services, there is a sizeable patient population who have received long-term opioid therapy to manage their chronic pain for many years. Gauging the responsible use of long-term opioid therapy for those with ongoing chronic pain is a decision and journey that should be between a patient and their provider. That’s why we worked in collaboration with others to create a program that recognizes the nuances of prescribing opioid therapy to manage pain and that allows latitude for individual prescribers and patients to work together to best manage pain.

More information can be found here: Flip the Script