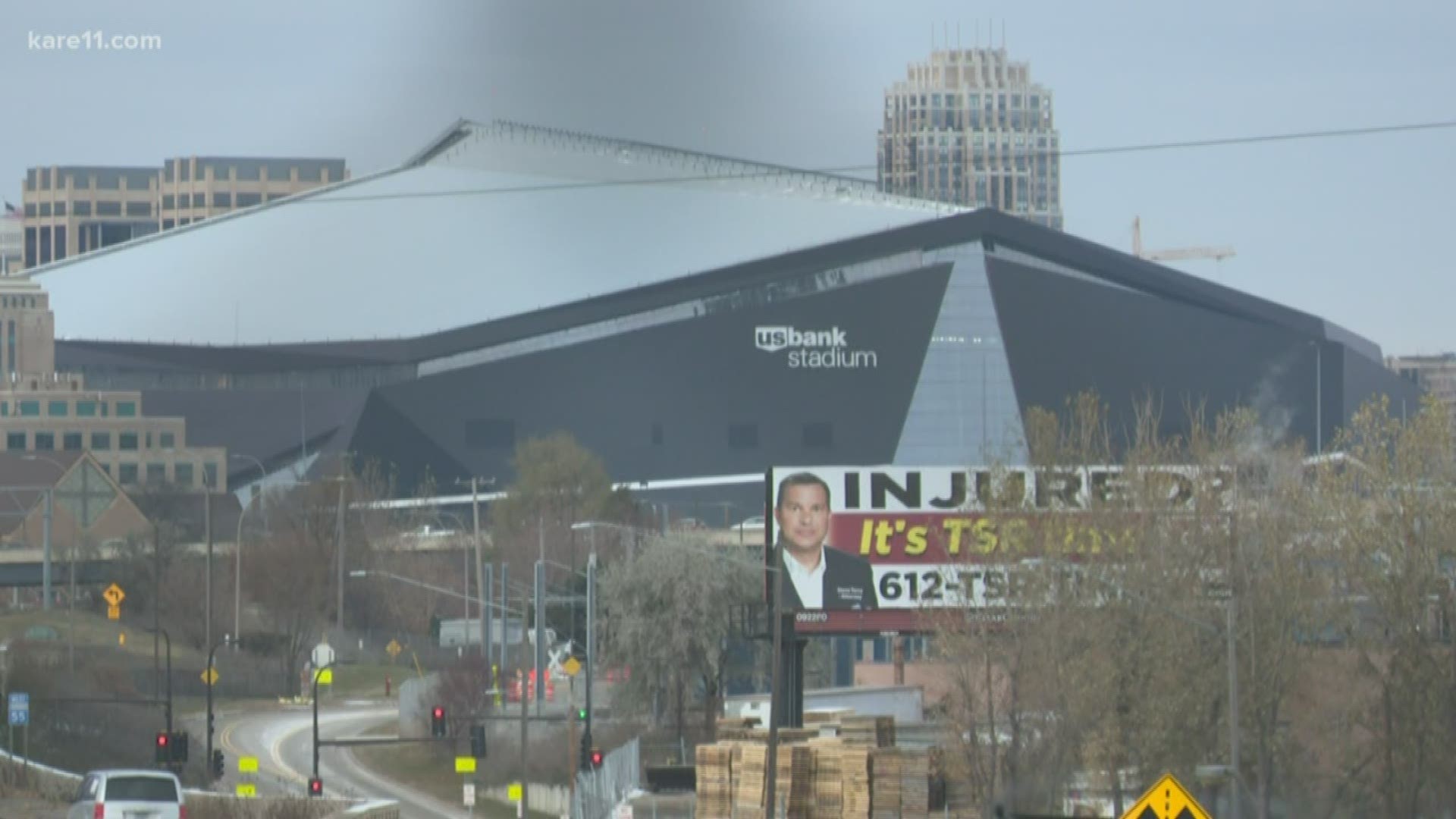 MINNEAPOLIS — The charitable gambling revenue that pays for the state's share of U.S. Bank Stadium is growing at a healthy clip, leaving a large amount of extra cash in the reserve account.

The stadium reserve fund hit $44 million in 2018, and is on track to reach $193 million by the summer of 2023, according to a new report by the Legislative Auditor.

The stadium payments are roughly $30 million per year for 30 years. The reserve fund is designed as a backstop, so the state can still make that annual payment even if the economy takes a dip.

But lawmakers will clearly be tempted to raid the surplus to pay for other things, or look to give cut tax rates on charitable gaming. The Vikings want to see the extra money go to refinancing the bonds, which would allow the state to pay off the stadium 10 years ahead of schedule.

"We’re saying use the money for its intended purpose, stick to the deal that was cut, pay off the stadium and then they can have a conversation about what’s the best use of those dollars," Lester Bagley, the Vikings' vice president for public affairs, told KARE.

He noted that Hennepin County refinanced the bonds on Target Field, allowing that stadium to be paid off early and saving taxpayers at the same time. The soonest that could happen with the Vikings stadium bonds would be 2023.

"It’s the fiscally prudent thing to do, to do what a homeowner would do, use the excess cash to refinance the debt, and save money for the taxpayers."

The historic stadium deal in 2012 called for the state's share to be paid mainly by taxes on charitable gaming, with the addition of electronic pull-tabs to provide an expanded gaming tax revenue stream.

Those new e-games didn't catch on at first, so the legislature created a one-time cash infusion from tobacco taxes and authorized the budget commissioner to tap into some corporate tax revenue if necessary to back up the stadium account.

But eventually those electronic pull-tabs caught on, which is one of the reasons the stadium reserve account is outrunning initial projections.

"The acceptance by the public for electronic gaming has grown substantially, but all of our charitable gaming business has grown very well over the last seven years since the passage of the 2012 stadium bill," Allen Lund of Allied Charities of Minnesota told KARE.

But Lund asserts a surplus of $193 million would far exceed what's needed to back up the annual stadium payments. He contends it's time for lawmakers to cut tax rates on charitable gaming proceeds.

"At some point the charities are going to say, this is enough is and we’re out of here," Lund remarked.

"We do not want that to happen. We want to work with the legislature, the state, the governor to try and come up with a solution that keeps that stadium whole and helps the charities remain vibrant and viable in their communities."

Sen. Roger Chamberlain authored a bill in 2019 that would've lowered the tax rates for charitable gaming, effectively sending less to the stadium account and leaving more in local communities. That measure didn't get traction.

Gov. Tim Walz said Thursday the question of how to handle the surplus is a debate for the legislature to have.

"We should have that discussion. The assumptions around electronic pull-tabs panned out actually better," Gov. Walz told KARE.

He said he's happy the new audit showed the Minnesota Management and Budget department has managed the funds well.

"It's good news all the way around. It's been well-managed. It's done what it said it was going to do."