Walz pitched a two-year budget topping $49 billion, which relies on a gas tax hike and keeping a medical provider tax that is scheduled to end later this year. 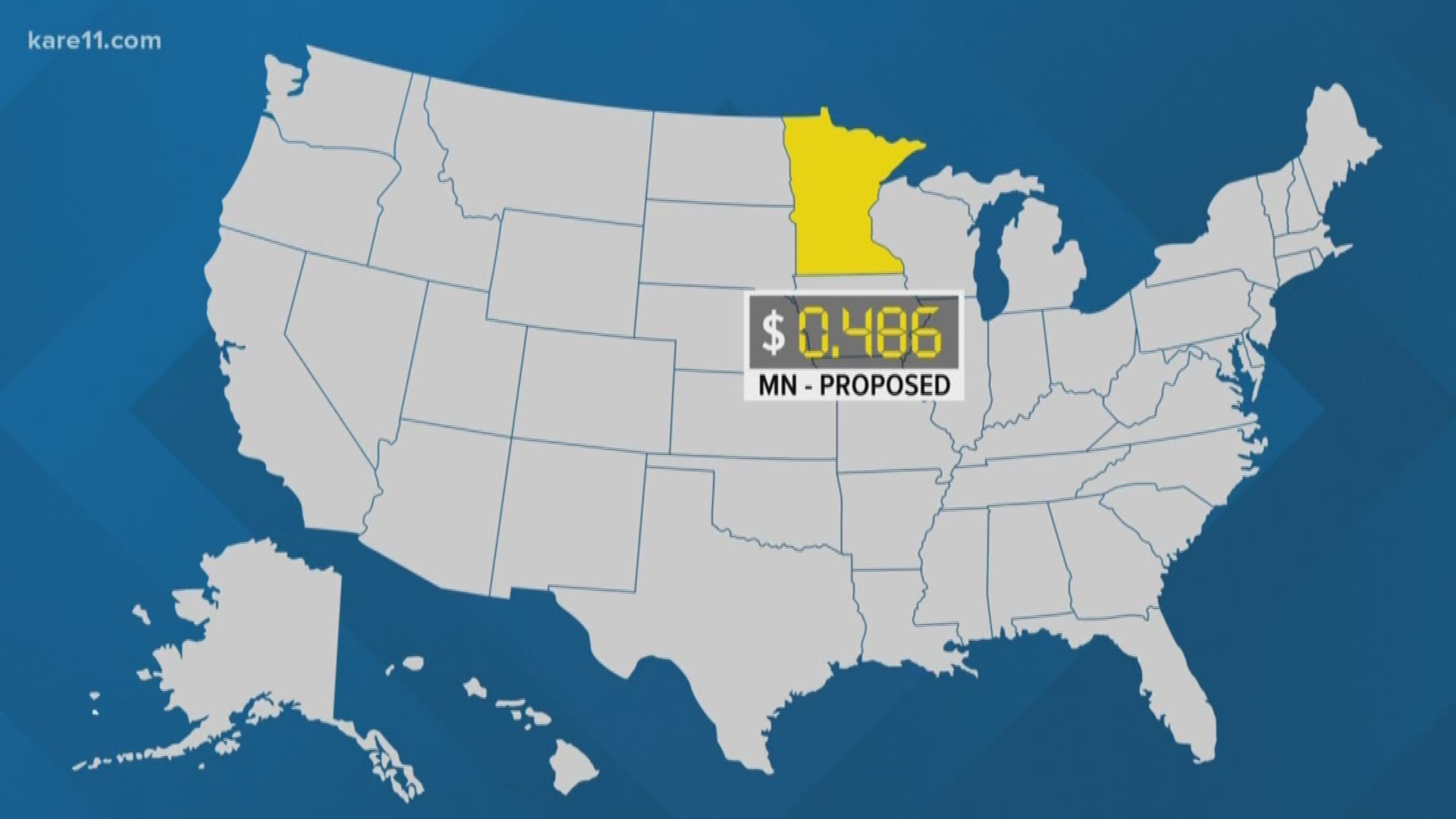 Gov. Tim Walz is rolling out a $49 billion budget with significant increases in spending on education and health and human services.

Walz's first budget includes $733 million in new spending on pre-K through grade 12 education, plus another $158 million for higher education.

And it would devote an additional $284 million for new health and human services spending, including subsidies to help reduce premiums on the state health insurance exchange by 20 percent.

Walz, a Democrat, is also proposing to raise the gas tax by 20 cents a gallon to help pay for transportation projects. That would raise the state gas tax from the current level of 28 cents per gallon to 48 cents by the year 2023.

Dubbed the Budget for One Minnesota, the governor says he's looking to make the same types of strategic investments in education, health care and infrastructure that have kept the state's economy vibrant.

"That is why we don’t have the massive debts and the outflow of people, that even in a cold climate that gets to 70 below, we are the one state in the upper Midwest that has an influx of people coming in."

The new governor campaigned on the idea of raising the fuel tax to help solve the transportation funding gap, projected at $18 billion over the next two decades.

"And the pundits at that time said well you’ll never win an election telling people what it is. Quit insulting Minnesotans. They know you get what you pay for. They know what's going to be there."

Republicans who control the Senate say in the time of surplus the state shouldn't have to raise the gas tax, or increase the motor vehicle sales tax. They said they share the sense of urgency about Minnesota roads, but prefer to pay for that in other ways.

For example, in the last budget they successfully diverted auto parts sales tax from the General Fund and dedicated it exclusively to roads and bridges.

That puts them at odds ideologically with Walz and House Democrats, who don't think roads should be financed at the expense of education, health care and other state services that rely on the General Fund.

In fact, the Walz budget blueprint anticipates putting that auto parts sales tax money back into the general fund and back filling it with gas tax money.

That prompted Republican House Minority Leader Kurt Daudt to accuse Walz of trying to shift money away from transportation so he could spend it instead on "human services waste and fraud."

Sen. Gazelka suggested the state could save 10 percent merely by trying harder to root out fraud and waste in state agencies.

The sheer size of the budget caught the Senate's leader by surprise.

"This uncontrolled spending will give Minnesota the reputation of being a cold California," Republican Senate Majority Leader Paul Gazelka told reporters.

He said Walz's budget, if passed into law, would represent a nine percent growth in state government at a time when an economic slowdown in on the horizon. He said the items on the governor's wish list aren't sustainable.

"If people think we’re moving in a downward trend the last thing you want to do is have huge increases that continue to be ongoing after that."

Minnesota has a $1.5 billion surplus, but recent monthly revenue numbers suggest that number could shrink. But Walz said his spending requests are scalable, so they can be squeezed down once the revenue picture is in better focus.

“I have often said that a budget is not only a fiscal document—it’s a moral document,” Walz said. “This budget reflects the morals of the people of Minnesota. This is the budget Minnesotans voted for by historic margins."

Walz also rankled Republicans by calling for the extension of the two percent tax on medical providers, which has for decades been used to pay for Minnesota Care and other subsidized health services. A budget deal years ago required that tax to end at the end of calendar year 2019.

"Continuing the sick tax, the two percent sick tax, I just want to say is a dead issue. We agreed in 2011 that, that was going to go away," Sen. Gazelka exclaimed.