Sold Out: From boats and RVs, to kiddie pools and bikes, the summer items that are difficult to find

Even big ticket items like boats and RVs are selling fast. Some makes and models aren't available for one to four months, others are backlogged until February. 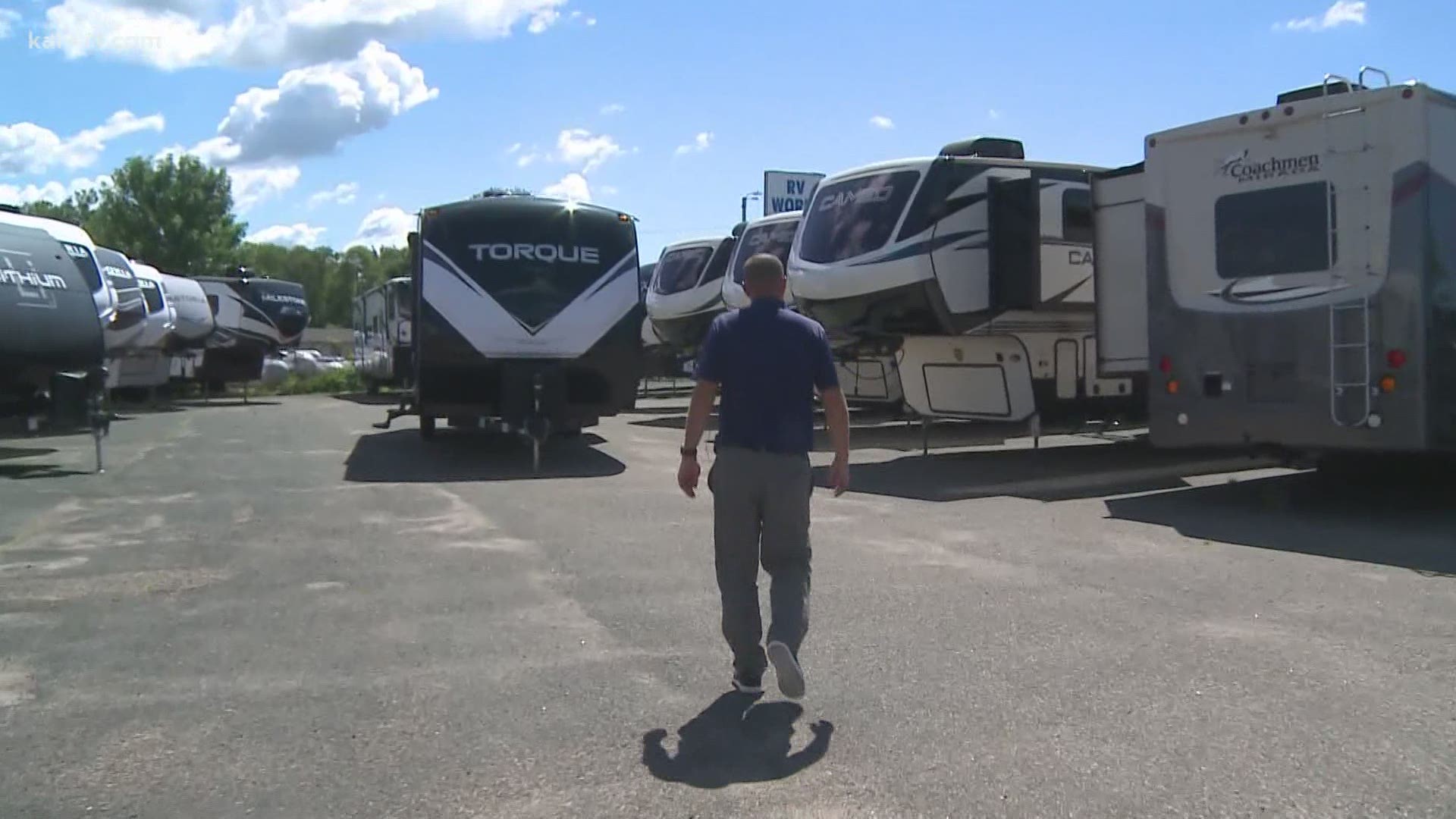 It's not just toilet paper and disinfectant wipes anymore.

With families trying to find activities for social distancing, we asked our KARE-11 viewers what summer items they were having trouble finding?

We received more than 800 comments, with items ranging from kiddie pools to bicycles.

But of all the things that are selling out these days, you might not think of RVs.

"I’ve been in the business for 17 years and the last three months have been the craziest I've ever seen,” RV World general manager Kevin Strusz says.

The last three months have been an interesting rollercoaster ride for Strusz and his team.

When the pandemic started, he was worried about keeping his staff employed.

“We didn’t want to lay anyone off. We cut hours, but we kept everyone working and with their benefits,” Strusz says.

And then out of nowhere, the orders started coming in.

"It was amazing,” Strusz says.

This time of year, the company’s two lots in Ramsey typically hold around 120 RVs.

"We can't keep anything in stock. Things are selling out, we can't get them quick enough,” Strusz says.

For certain makes and models Strusz says customers have to wait one to four months.

Manufacturers have increased production of several makes and models, but the industry still can’t produce RVs fast enough to keep up with demand.

Strusz says his theory is that people were worried about spending their money initially, but after a few months of being stuck inside, people were looking for any feasible way to get outside again.

RELATED: Dogs able to sniff out COVID-19 with high accuracy in preliminary study

“I’m hearing from a lot of customers who are using their travel budgets this year on an RV,” Strusz.

“Instead of flying and going somewhere far away, they’re staying closer to home and driving there in an RV.”

Strusz says a large majority of these new customers are first-time owners.

He says they’re buying up RVs from every price point, from the introductory units that cost around $13,000 to the large luxurious models that can cost upwards of $50,000 to $60,000.

And it's not just RV's, boats are also selling out fast.

"People are really wanting to get out and enjoy that water," manager Nick Fossum says.

Like the RV's, Fossum says with boats it's also a lot of first timers.

He says the most popular type right now is known as the “family fish and ski boat.”

"That's what everyone is looking to get their hands on, especially these first time buyers who are looking to do more than just fishing," Fossum says.

Good news is with a lot of these items, the RVs, boats, kiddie pools, and bikes, they’re not sold out completely, they’re just tougher to come by.

According to our KARE-11 viewers, a few other items that are difficult to find these days include Fresca, Club Soda, Graham Crackers, Dumbbell weights, and oddly enough, Campbells Chicken Gumbo Soup.

One viewer even took it upon themselves to contact Campbells directly, and according to this viewer, the company is working to ramp up production.