Snow Emergency Woes? Here are the rules you need to know to avoid a tow

Every city has a different playbook that they use for snow emergencies. 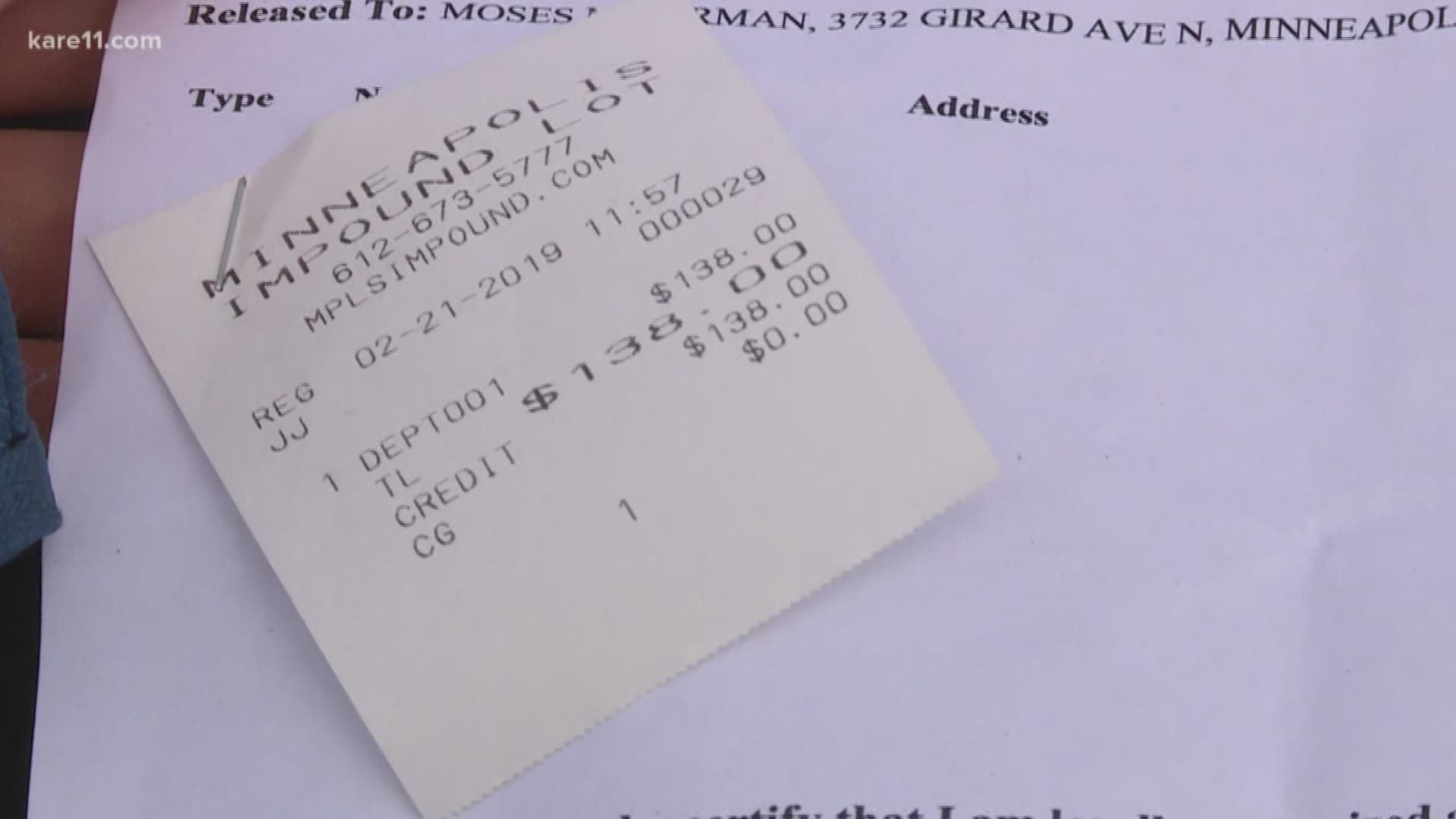 MINNEAPOLIS — For people who are tired of the cold and snow, it probably doesn't help that the snow sometimes brings with it, snow emergencies.

It would be nice if our brains were automatically programmed to think, "My car! Parking!" every time we hear the words "snow emergency." Unfortunately, we can't program our brains.

In St. Paul the numbers look similar. The city of St. Paul says it gave out 8,937 citations and towed 1,598 cars since the beginning of 2019. Its most recent snow emergency numbers are not out yet, as their snow emergencies last 96 hours. It's safe to say the figures aren't going to be zero.

The impound lot is one of those places you walk in and walk out with a lighter wallet. Except, what you take home from the lot already belongs to you.

"138 dollars," sighed Moses Kormah from inside of his car. "That's too much!"

The Minneapolis lot was filled with people like Kormah who have put a complete stop to their day to come pick up their cars.

"It did feel very shameful," Daisy Buenrostro said. Buenrostro is a junior at the University of Minnesota. She too was at the Minneapolis impound lot to grab her car. Like many undergrads, she said she was busy on the first night of the snow emergency, studying.

"I knew it was a snow emergency," Buenrostro said. "I still parked on the part that said snow emergency. I didn't have time. I needed to finish a group project and study for an exam today so I kind of took the risk."

It was a risk that ended up with a $138 bill for her. She says she knows it's her fault for taking the gamble but she also says she wishes the rules were clearer.

"What does day 1, day 2, day 3 mean?" Buenrostro said. "That's frustrating. I feel like if a college student who is college educated can't figure it out or it takes a lot of steps to figure it out - then what about the people who don't even have access to the internet?"

Others picking up their cars say they didn't even know a snow emergency was in effect. To prevent that from happening, most cities in the Metro have text or call subscription services so you can receive alerts whenever a snow emergency is declared.

As for the parking rules, each city is slightly different.

In Minneapolis, snow emergencies go for three days. Parking enforcement begins at 9 p.m. on the day it is declared.

You can find more information directly from the City of Minneapolis here.

In St. Paul, snow emergencies go for 96 hours. This means ticketing and towing continues throughout those 96 hours. Here are the two chunks of information you need to remember.

Night Plow Rules: These parking rules start at 9 p.m. the evening a snow emergency is declared. During the hours of 9 p.m. to 7 a.m., you cannot park on the streets that have red "night plow route" signs. Once the plows have completely made their way through, you can park on those streets.

Day Plow Rules: Day plow parking rules apply from 8 a.m. to 5 p.m. Day plow routes are not marked by signs. If there is no night plow sign, it is your best bet to consider it a day plow route. You can park on the day plow routes if you see that it has already been completely plowed to the curb.

You can find more information directly from the City of St. Paul here.

Ultimately if you find yourself needing to go to an impound lot the information is below.