A 16-year-old girl from Mayer, Minnesota, won Grand Prize at the Minnesota State Fair for a dress she made out of 40 decks of cards and 5,000 staples. 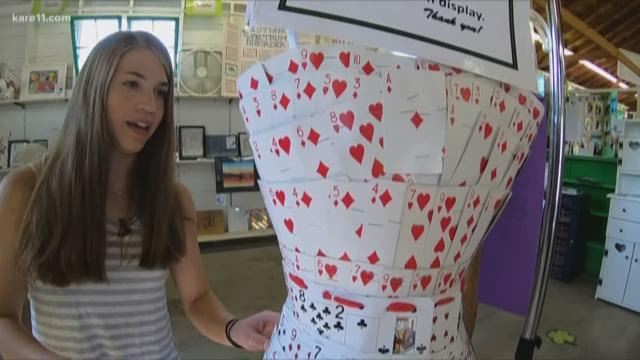 MAYER, Minn. - While browsing Pinterest, Carver County 4-Her Staci Jo Sundblad thought of the perfect craft project to enter in the county fair.

A dress made out of playing cards stapled together, designed and constructed by sight.

"I stapled cards to it and then I'd try it on every so often to make sure I had the right fit," Sundblad said.

Using 40 decks of cards and more than 5,000 staples, she stapled all night before the Carver County Fair.

"If you staple for five hours straight, your hands get very sore," Sundblad said.

The dress fit her perfectly.

And the work paid off. She won Carver County Fair Grand Champion and a trip to the Minnesota State Fair, where the judges were impressed. 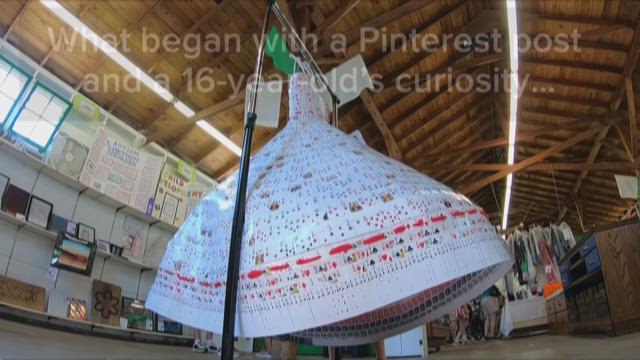 "One person, she said it was just so creative to think of doing something like that," Sundblad said.

They were so impressed, she won the top prize there as well. Grand Champion in the craft category.

"It was just so cool how people were really excited about it I guess," she said.

Now, the high school junior will need to find room in the house to store the dress. Maybe until prom season?

"I'm going to wear it to Halloween. I don't know about prom but, definitely Halloween," Sundblad said.

Staci Jo doesn't necessarily see a future in dressmaking. But her first design in 2018 summer fair line was a big success.

"I was real happy. That it all ended wonderfully," Sundblad said.

The category Staci Jo won -- arts and crafts -- is known as being one of the toughest to judge.

The other entries included everything from a home-made gumball machine to a dragon made out of rubber bands.