The story of Dot's Pretzels from Dot herself

These pretzels are something and the lady behind them, Dot, is something else. 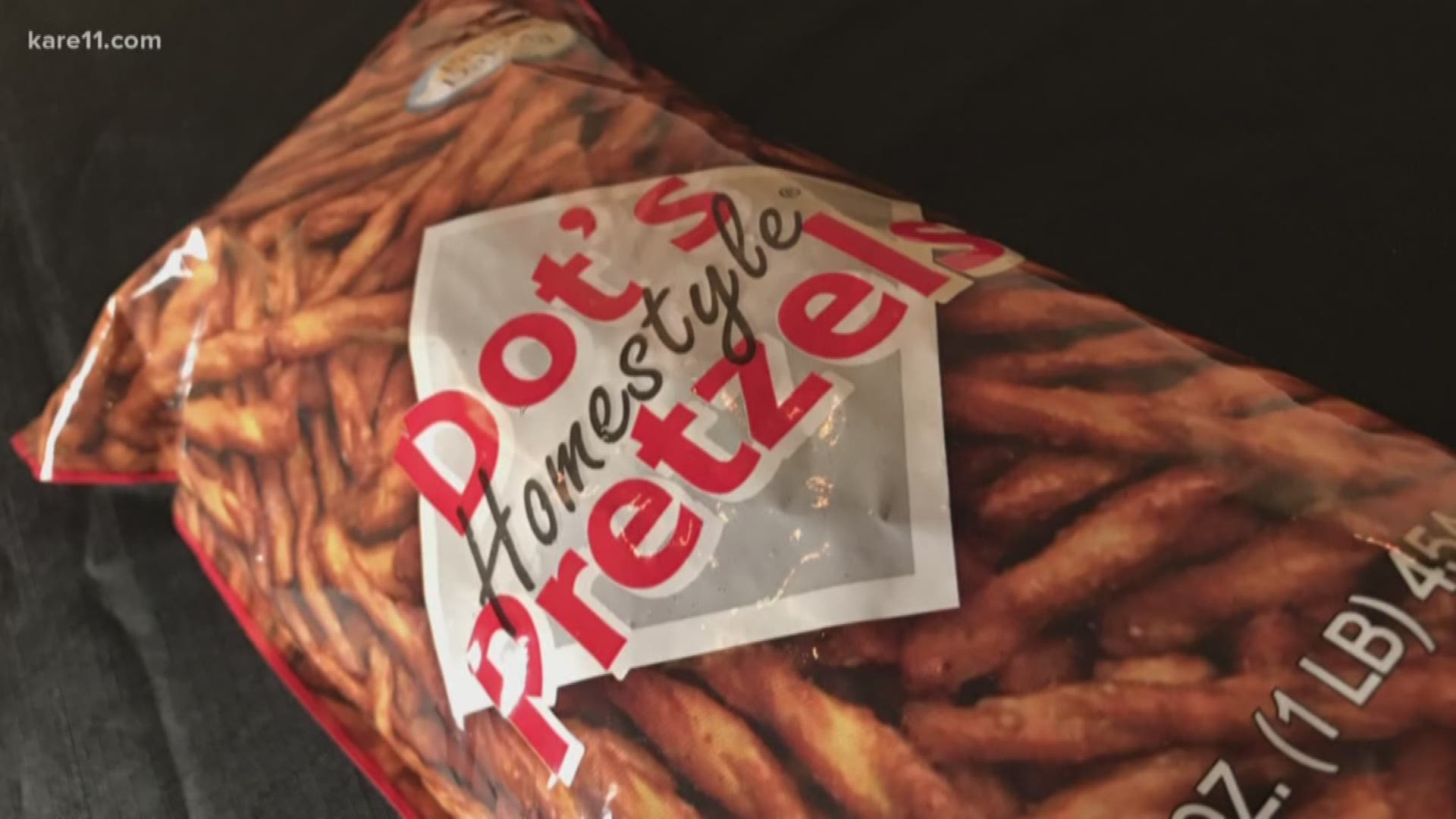 MINNEAPOLIS - If you are laid up on the couch cheering on that AC this weekend, Netflix and chilling literally - not the urban version of that - may I suggest a snack made by a neighbor of yours to the west.

I know, you are rubbing those eyes right now asking oh my gosh has the news become an infomercial. No, no.

These pretzels are something and the lady behind them, Dot, is something else.

Dot Henke is a disrupter.

Born in Wahpeton and living in Velva, North Dakota (population 1,000) Dot started messing with pretzels in Arizona, at her snow home away from home 7 years ago. Why, well, she likes to mess with recipes. Tweak them to her liking she said, and after having a party mix at a wedding with pretzels she knew she could do better.

She messed until she got it right and shared the snacks with friends, who then, sort of hired her for a holiday chore. Dot made some for Christmas and her friend gave the out and as legend goes, all who got them called up the giver and were desperate for more.

So Dot, with a little swagger, tried selling to another market.

“I did some flag football games in Peoria, Arizona just to test the market and we got great reviews,” Dot said.

From flag football, the Pride of Dakota business initiative took notice once Dot started backing back at home.

“I did a show out in Williston; North Dakota and it was amazing. The reaction of people and how they took that product I thought Oh my…,” Dot said.

Just off retirement from a career in finance Dot had just baked her way into a job. Dot's pretzels started commercially in 2012 and ever since have landed their way into stores all over the Midwest.

“It’s been overwhelming at times because I never thought it would go this far,” Dot said. Dot’s Pretzels now have three distribution centers in three states. You can buy them at several area grocery stores and Target. You can also order them online at www.dotspretzels.com.