Vacation injuries: What travelers should know

"You can't just get off. It's not like in Minneapolis you can just go to a hospital." 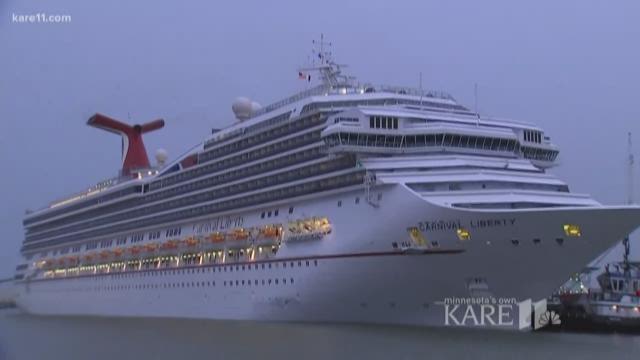 MINNEAPOLIS - Thousands of Minnesotans escape the winter months searching for that warm weather but a cruise ship or out of country vacation can be costly if you run into a medical emergency.

Take Brant and Danielle Aymond of Louisiana, for example. While on a Norwegian cruise vacation near Mexico, Brant fell off a paddleboard hitting some coral reef and a piece lodged in his foot. The medical care on the ship, they say, was not ideal ... leaving the coral in his foot until receiving more treatment on land days later.

"You can't just get off. It's not like in Minneapolis you can just go to a hospital," said Kayla Torgerson with Travel Beyond. She says there are several options when considering travel insurance, personal medical policies don't always cover the expense if you need to be evacuated from a remote location.

"Whoever it's coming from you want to make sure it has a good medical evacuation. We could consider a good policy to have $100,000 worth of coverage," Torgerson said.

Torgerson says a good rule of thumb is that good travel health insurance will be about 10-percent of your trip cost. The CDC says an air ambulance can be between $50,000 to $100,000 and be paid in advance if you are not covered and care in remote locations can vary widely.

"You will never get the same type of care you're going to have in any major city. That's just impossible," said Dr. Bruno Sicard, who's in cruise ship medicine with the American College of Emergency Physicians. "In the small islands, they don't have CT scans. They don't have MRI. They don't have a full cardiac team to manage issues. People tend to forget about that."

It might be worth taking some extra time checking with your provider to see what is, if anything, covered while on vacation. It may not save you from injury but could save months of pain from the pocketbook.