Vanilla shortage may impact your favorite sweet treat this summer

A shortage of real vanilla is putting a crunch on bakeries and ice cream shops this summer. 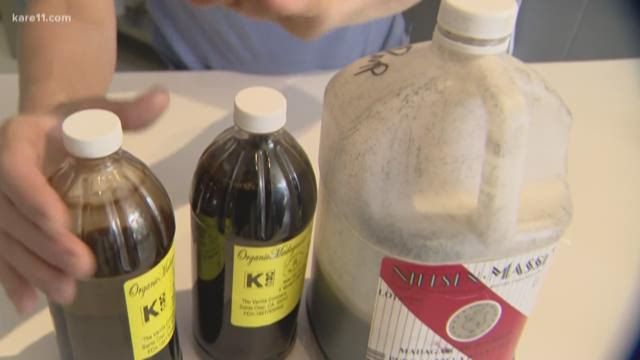 MINNEAPOLIS -- A shortage of real vanilla is putting a crunch on bakeries and ice cream shops this summer.

They’re industries that already have a hard-enough time dealing with the ever-fluctuating prices of other necessary ingredients, like nuts, chocolate and coconut, but owners say none of them even compare to the price of real vanilla.

“I have not ever seen vanilla prices in my 15 years here to be this high,” Pumphouse Creamery owner Barb Zapzalka says.

The shop on Chicago Avenue in Minneapolis serves a Madagascar Vanilla.

It’s named after the country that produces the most, and some say the best, vanilla beans.

Not only is vanilla an ice cream flavor on its own, it’s also used as a base in several other flavors in the shop’s freezer, and is also used in nearly every other item on the menu.

“We use it in our root beer float, ice cream sandwiches, and almost all of our sundaes,” Zapzalka says.

A gallon of real-vanilla extract used to cost the shop around $75 a gallon.

Zapzalka says it’s now costing her about $420 for the same product.

The vanilla shortage was caused by a series of natural disasters that wiped out many of the vanilla plants in Madagascar.

Farmers there have been replanting ever since and other countries have increased their supplies as well, but the plants take several years to reach maturity.

“And all of the reserve vanilla has been used up,” Zapzalka says.

Right now, Barb is just taking the financial hit, but if the prices stay this high much longer she and so many others who specialize in sweet treats will need to jack up their prices.

"It's about quality and I don't want quality to suffer."

Zapzalka says she would never in a million years consider using fake vanilla, but with prices surpassing silver, and inching closer to the price of golf, she wonders how much longer shop owners like herself will be able to use the real stuff.

"If it gets to be the price of gold, I will consider something,” Zapzalka says.