VERIFY: Does 5G cause health problems?

The 5G rollout is here, but some cellphone users are concerned about health problems they're seeing online. Are they true? 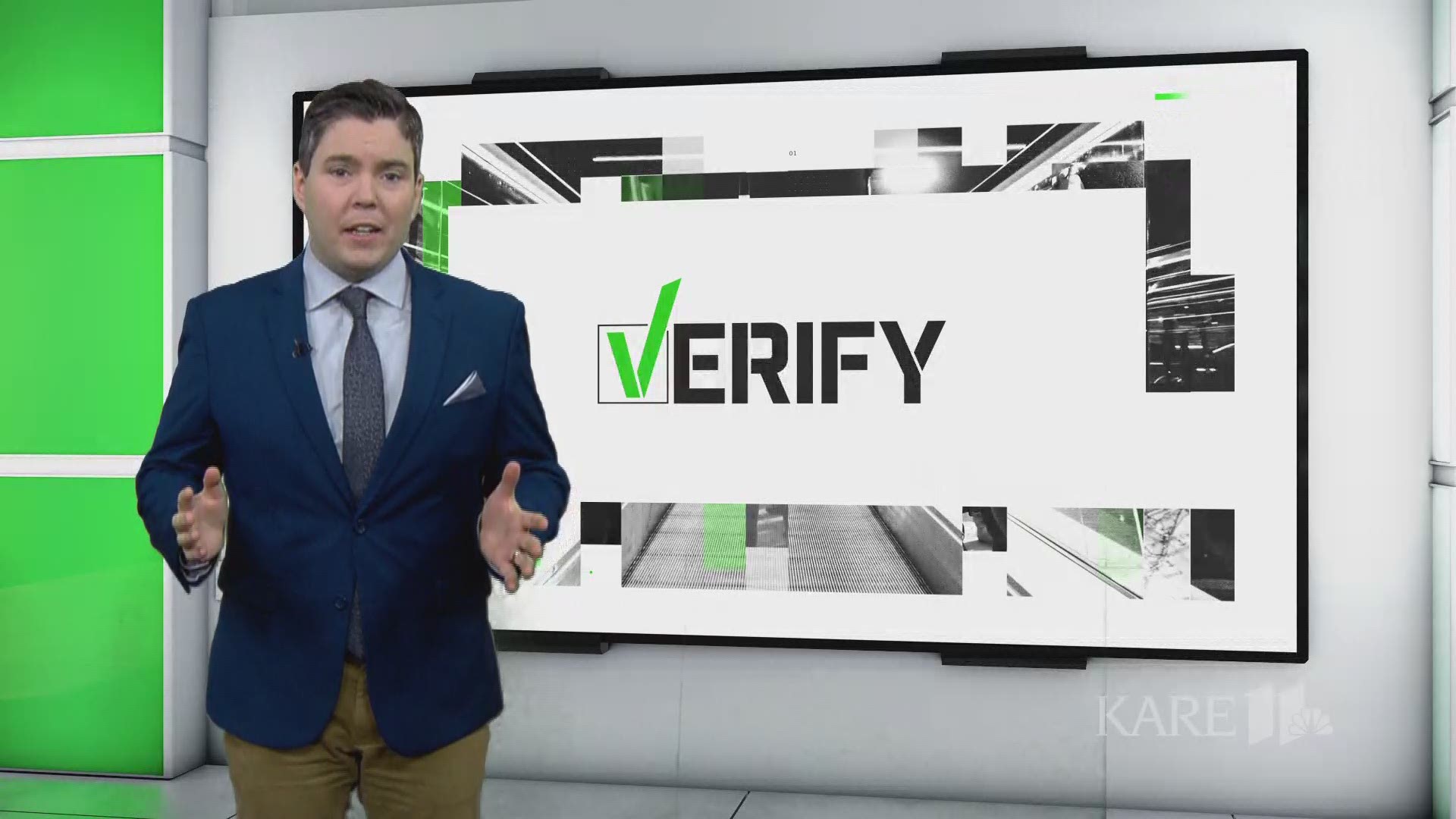 MINNEAPOLIS — 5G wireless is coming to Minneapolis, and for many, it can’t come fast enough.

The latest generation in wireless comes with blazing-fast speeds up to 20-times faster than 4G, but some are worried about their health.

Is a 5G signal hazardous to your health?

KARE-11 viewer Daniel Averbeck wanted to know after reading various accounts online about people coming down with nose bleeds, fatigue, and even cancer after getting close a 5G signal.

Maybe. There’s a lot of conflicting information out there regarding this question.

Here’s how we came to that conclusion:

The CDC says, "there is no scientific evidence that provides a definite answer to that question."

However, the agency adds, “at ground level, exposure to RF from sources like cellphone towers is usually pretty low.”

The FCC regulates these signals, setting safety limits, and the agency says 5G falls well within those limits.

We reached out to Verizon, one of the companies pushing 5G, and it says, ”Its comparable to exposure from products such as baby monitors, Wi-Fi routers, and Bluetooth devices.”

The CTIA, which represents the cell phone industry overall adds “Scientific evidence shows no known health risk to humans due to the RF energy emitted by antennas and cellphones.”

So, we can Verify all of these well-known groups say there is no known health issues associated with 5G.

But digging deeper we found those who disagree their assessment

In 2011, the International Agency for Research on Cancer, a department of the World Health Organization, categorized radiofrequency electromagnetic fields (EMF) as a possible carcinogen.

That means, EMF signals could cause cancer, but more research is needed to find out.

In November of 2018, the National Toxicology Program published results from a 10-year study that showed male rats developed cancerous tumors in their hearts after being exposed to 2G and 3G signals.

But no human trials have taken place yet.

Washington State University professor Martin Pall is a national expert on the subject.

He argues the research shows there most certainly is a link to cancer when it comes to EMF, and he feels 5G will only make things worse.

“I think there’s no question that EMF causes cancer. We know there are hormonal effects, we know there are effects on the immune system, and reproductive effects. It’s an extraordinary concern,” Pall says.

University of California-Berkley Professor Joel Moskowitz agrees, adding the regulations the industry has in place don’t account for the unique 5G signal and were only designed to protect people from short term effects.

“Our government safety guidelines were not designed to protect us from the effects from long-term exposure to low intensity radio frequency radiation.”

Both professors are among a list of 180 experts from 36 countries who filed an appeal to stop the 5G rollout until research can show whether our health is truly at risk.