Sheletta Brundidge knows the risk of waiting to get kids tested. The mother of four is on a mission to make sure parents get their children tested for autism. 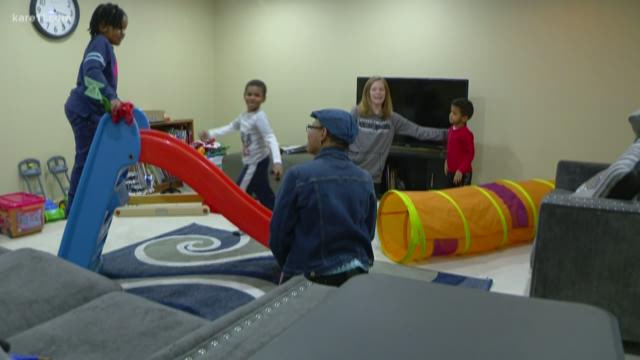 One in 42. That is how many children in the state of Minnesota were identified with autism spectrum disorder, according to Minnesota Autism Developmental Disabilities Monitoring Network.

Many are not diagnosed right away. In fact, the average age is 4 years and 9 months.

Sheletta Brundidge knows the risk of waiting to get kids tested. The mother of four is on a mission to make sure parents get their children tested for autism.

She’s partnered with the Department of Human Services on a new initiative. They've created a series of videos targeting communities of color, in which parents from a variety of backgrounds talk about their journeys.

She said the hope is when parents, who have kids that need to be tested for autism, see other parents who look like them telling their stories, they'll listen and take heed to what they are saying.

“In talking to DHS and advocating for kids with autism, studies show that parents who are African, African American, Latino, Asian and Native American don't get their children tested for autism as soon as they see the symptoms. And this has horrible results for the children, especially when they go to school,” Brundidge said. “If you have a child who has any signs or symptoms that they may have autism, or something is not right, trust your gut. You are a mother. You know when something is wrong."

Brundidge, who also co-hosts Haute Mamas podcast, has three kids with autism. She noticed lack of eye contact, delayed communication and non-verbal social anxiety, repetitive actions, rigid daily patterns of behavior, spinning in circles and inability to follow or understand simple commands. Before turning 2, her children were tested and diagnosed as being on the spectrum.

“We immediately got them the therapy they needed and signed up for programs at the schools aimed at helping kids with special needs. Now, my oldest with autism is 6 and is in a regular first grade classroom with little support. And my second youngest with autism is in a regular kindergarten class with no support,” she said. “But it wouldn't have happened had we not tackled the issue as soon as we saw the signs.”

She hopes this series of videos helps families notice signs and take action.

“Everybody in my family and community said, ‘Just wait. Maybe he will grow out of it. Maybe you are tripping.’ No, I'm not tripping. Something is wrong,” she said. “If there is nothing wrong let the professional tell you. The earlier the better.”