A trip to the Minnesota State Fair lead to life-changing news for a Blaine woman. 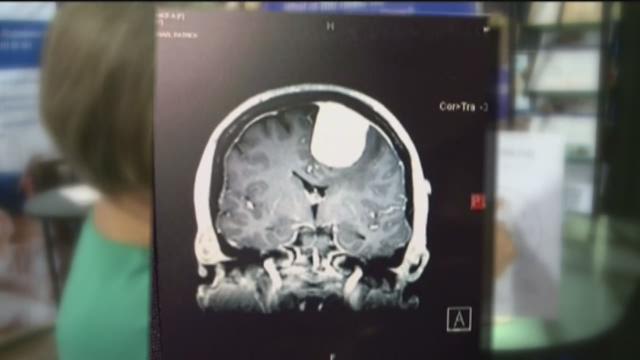 FALCON HEIGHTS, Minn. – A trip to the Minnesota State Fair lead to life-changing news for a Blaine woman.

“When I think back I had been having symptoms for over a year,” said Connie Stone, who was experiencing memory loss.

“The first thing I noticed was I had trouble recalling names. I got lost going to my daughter’s house, but I had a good excuse for everything that happened,” said Stone.

After losing her mother to Alzheimer’s disease, Stone was too afraid to go to the doctor. Last year at age 59, she went to the HealthStar booth at HealthFair 11 to take a free test after encouragement from her friend Sandy.

During her memory assessment, Stone was asked to remember three words after drawing a clock, but it was difficult and she couldn’t correctly draw the clock.

"They got it all out. They were a little concerned because it was running along the main vein in my head," said Stone.

Thousands of people take the free memory assessment at the Minnesota State Fair every year, and many people ask about dementia and Alzheimer’s disease.

“Oftentimes we make the recommendation that someone should go to the doctor when they are starting to notice those daily activities that are being affected. Forgetting a doctor’s appointment, maybe not recognizing a family member or if you end up doing things that are not normal like putting a purse inside a freezer,” said Holly Eide, of HealthStar.

Stone went back to the fair this year, took the clock test again, and easily passed it. She’s thankful she can remember again and hopes others will take their health into their own hands.

“If you think something is not right get to your doctor,” said Stone.