Why are hundreds of dead fish lining Lake Nokomis?

The water is completely safe for people. But hundreds of fish now line the beach, and if they're not cleaned up, they will start to decompose. 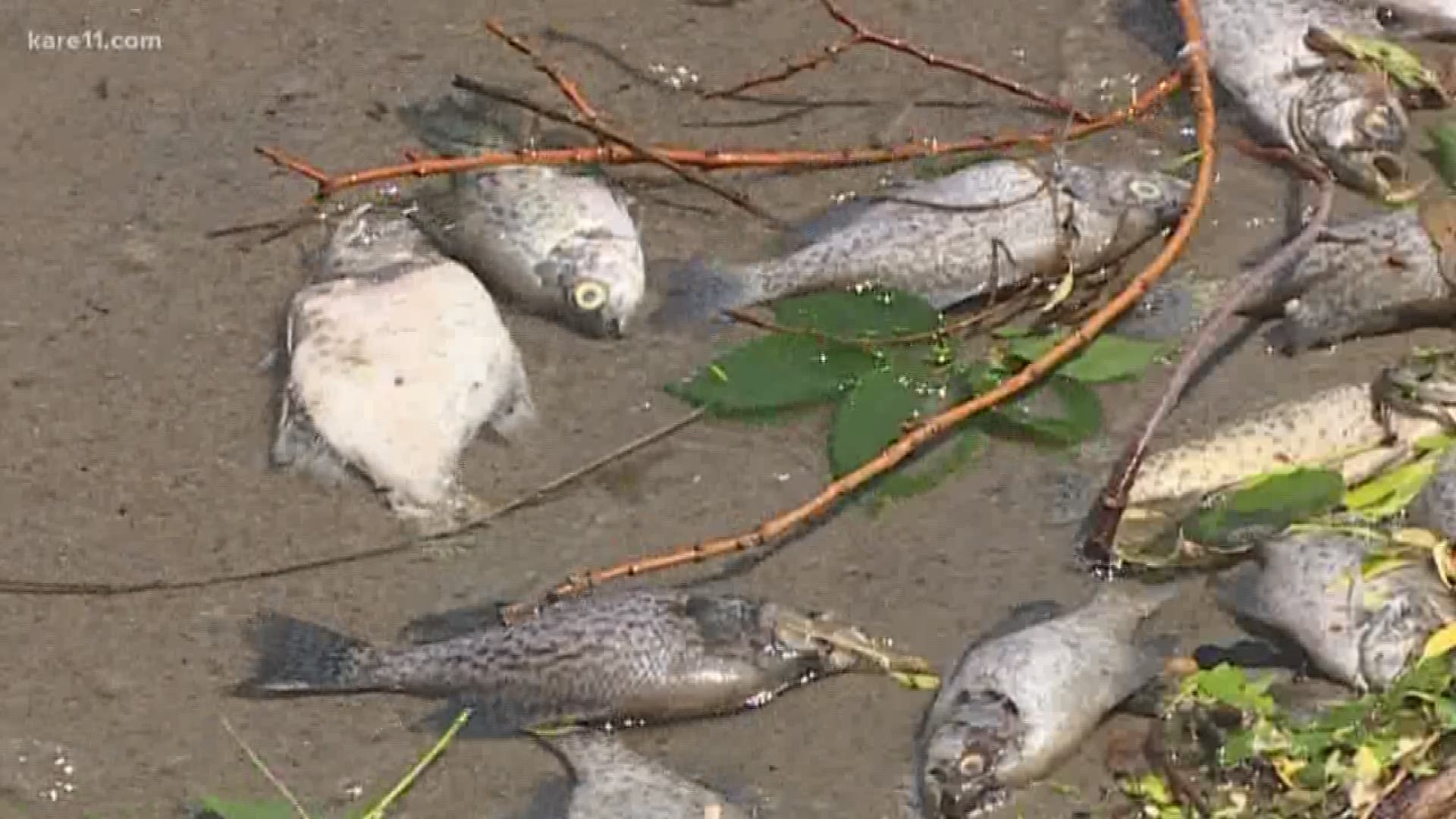 MINNEAPOLIS - A beautiful, sunny day on Lake Nokomis in Minneapolis.

Except, what's that smell?

"The stench on the east side is what actually kind of grabs your attention," said Ashley Hudlik, as she pushed her stroller around the lake. "And you're like, 'No.'"

Hundreds of dead fish are floating in the water, washed up on shore, and covered in flies.

"Because it was mostly the same species of fish, all about the same age, then it's probably some sort of fish disease," said Sean Sisler, a fish health consultant with the Minnesota DNR.

Sisler adds that fish are more susceptible to disease when they're under stress, which is what happened this spring with the fourth-coldest April in state history, followed by the second-warmest May.

"When you have that type of quick temperature change and stuff it can stress the fish," said Sisler.

It's not just Lake Nokomis.

On its site, the DNR lists reports of spring fish kill on nine other lakes around the area. And while it doesn't happen like this every year, it's not completely unusual or unhealthy.

"It typically doesn't affect the population as a whole, because you end up killing those weaker fish," said Sisler.

The water is completely safe for people. But hundreds of fish now line the beach, and if they're not cleaned up, they will start to decompose.

"We've lived here for about three years and I've never smelled anything or noticed any of the dead fish until this year," said Hudlik.

If you do see multiple dead fish in one location, the DNR wants you to call the Minnesota State Duty Officer right away at 1-800-422-0798.

The reason it's important is that to find the exact cause of a fish kill, they need to collect a sample right away. The longer it takes, the more inaccurate that sample becomes.