The WNBA has a brand new boss, Cathy Englebert, and her background is impressive. Jana Shortal talked with her in an exclusive interview. 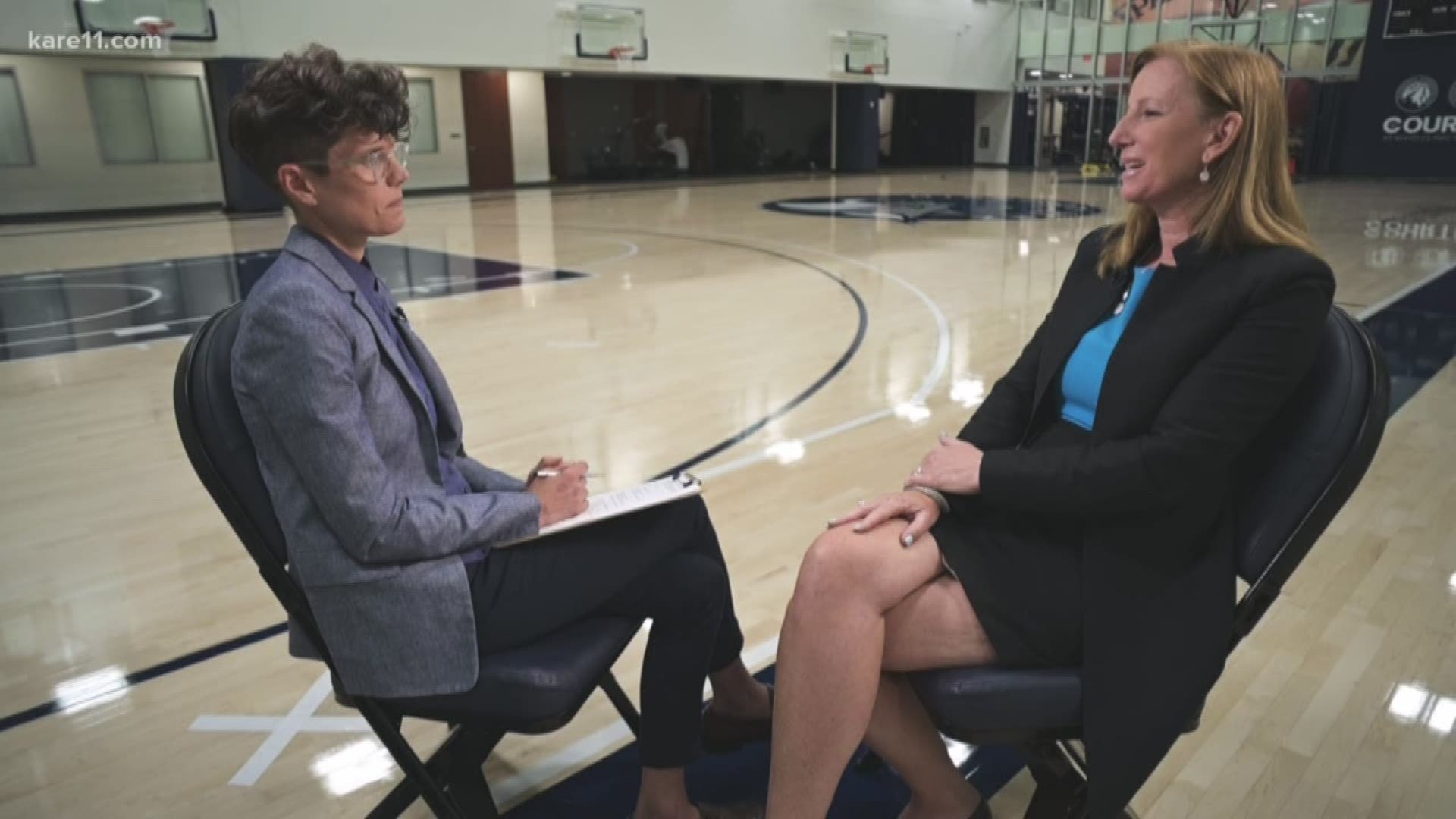 MINNEAPOLIS — SHORTAL: “Did you always want to be the Commissioner of the WNBA?”

ENGELBERT: “I wouldn’t say it was on the list but as I was wrapping up a long career of almost three decades in the business world I was looking for something different, something with a broader leadership platform especially around women and something I had a passion for.  Having played basketball (Engelbert played for Lehigh), having five brothers and a dad drafted by Pistons in 1957 it seemed kind of a natural when I heard about this.”

SHORTAL: “Will the issue of player pay in the WNBA ever change?”

ENGELBERT: “The entire women’s basketball ecosystem: the players, the owners, the league, everybody has the same goal here. To drive this league elevate the brand and broaden the revenue base so that we can pay the players more.”

SHORTAL: “Brittney Griner makes the league maximum (around $115,000) but she makes seven figures to play in Russia.”

ENGELBERT: “It’s a question I‘ve heard a lot about and obviously we have this model where the season is short so in off season our players do go make money playing overseas and some of them make a lot of money overseas, but some do not….there is an issue here with players playing outside the U.S. and I think it’s something that we don’t necessarily have to solve for everyone but we would like our elite players to view the WNBA as their job and I think we are working on some ways and avenues to do that.”

SHORTAL: “So looking at paying the stars more?”

ENGELBERT: “That as well as what they do for their other time outside of our regular season and playoffs.”

SHORTAL:  “Another issue come into media a lot is travel. It’s just a bad look to have players stranded in airports and scurry to get to a game, is it not?”

SHORTAL: “The NBA has a lot of money, why doesn’t the NBA invest more in the WNBA?”

ENGELBERT:  “There is a reason why we have been around for 23 years and this is a very consequential season for us and the support we do get from NBA is substantial, I wouldn’t say why don’t they.  It’s enormous support from NBA.”

SHORTAL: “So you have full faith (in the NBA’s support of the WNBA)?”

ENGELBERT: “Full faith or I wouldn’t have taken the job.”

SHORTAL:  “Shortly after you were named to go into this position an ESPN writer (Mechelle Voepel) said here are the five things Cathy needs to do and one of them was have a conversation with Maya Moore.” 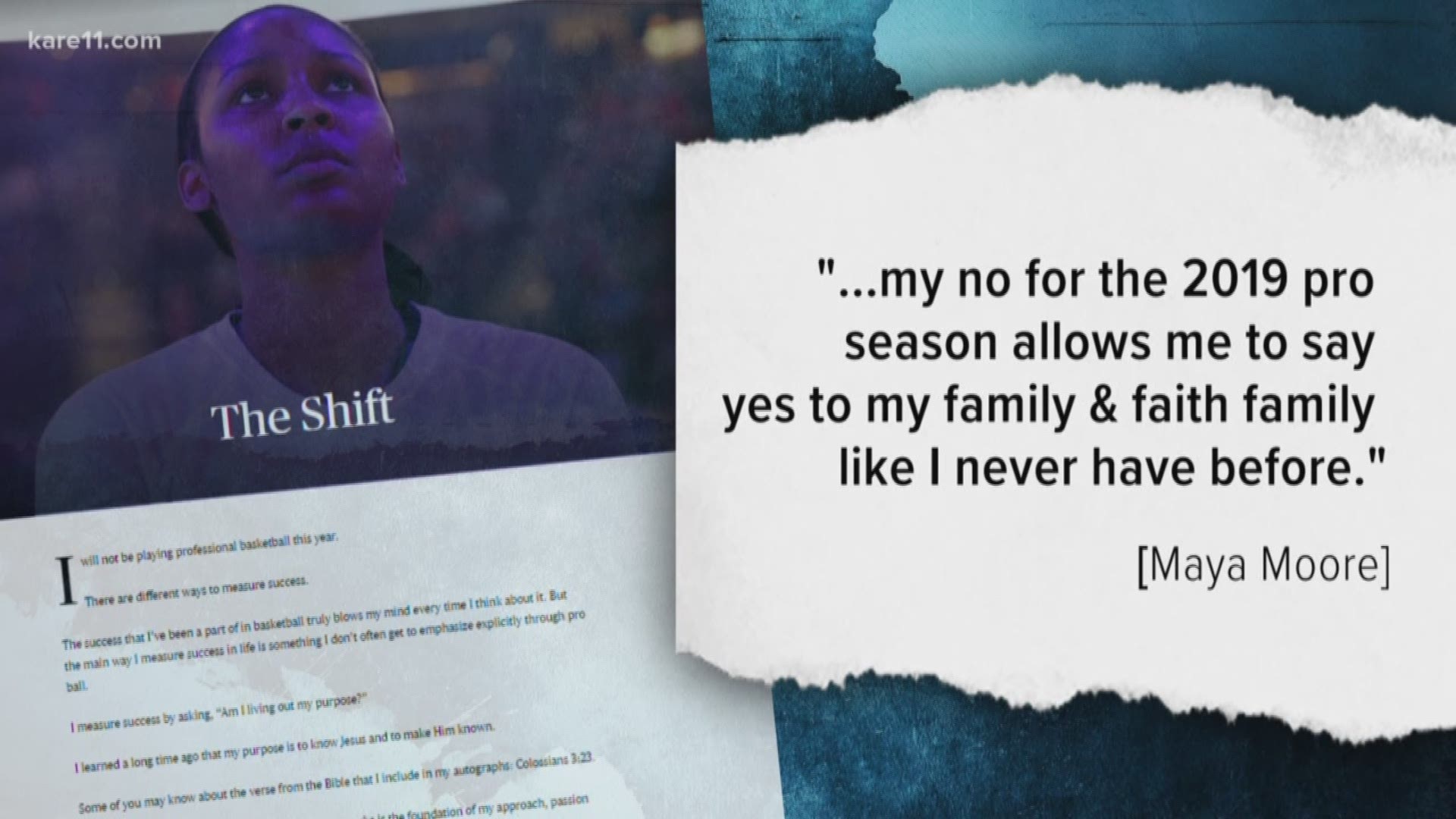 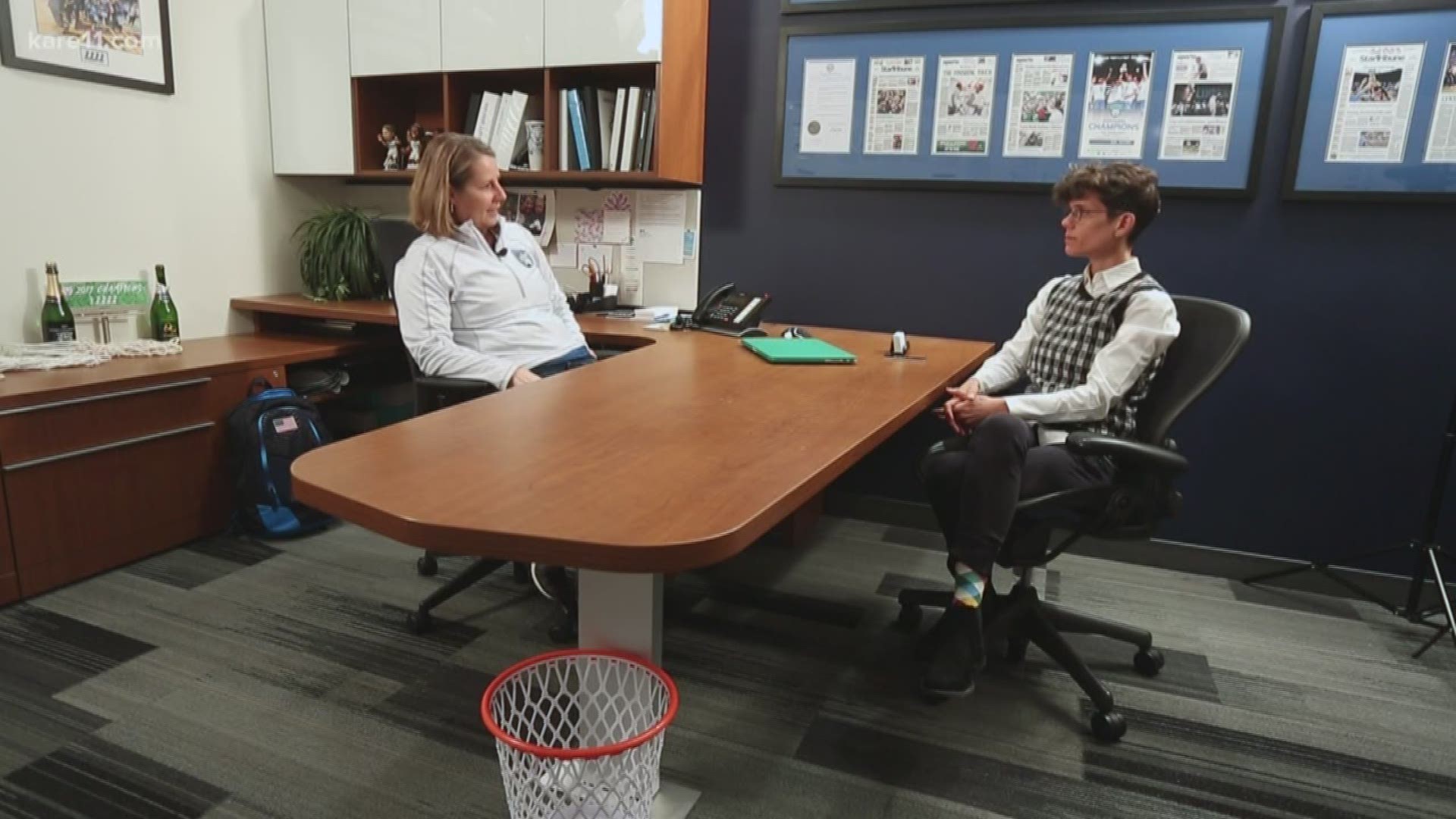 ENGELBERT: “I am trying to get a meeting with Maya when I’m in Atlanta…I would love to talk to Maya about her aspirations and her hopes and talk about how everything is going for her in this year off.”

SHORTAL: “Maya is a person you want to keep in the (WNBA) family?”

ENGELBERT:  “No matter what she decides personally I think its important as you said to keep her as part of the brand, and as a brand ambassador for WNBA.” 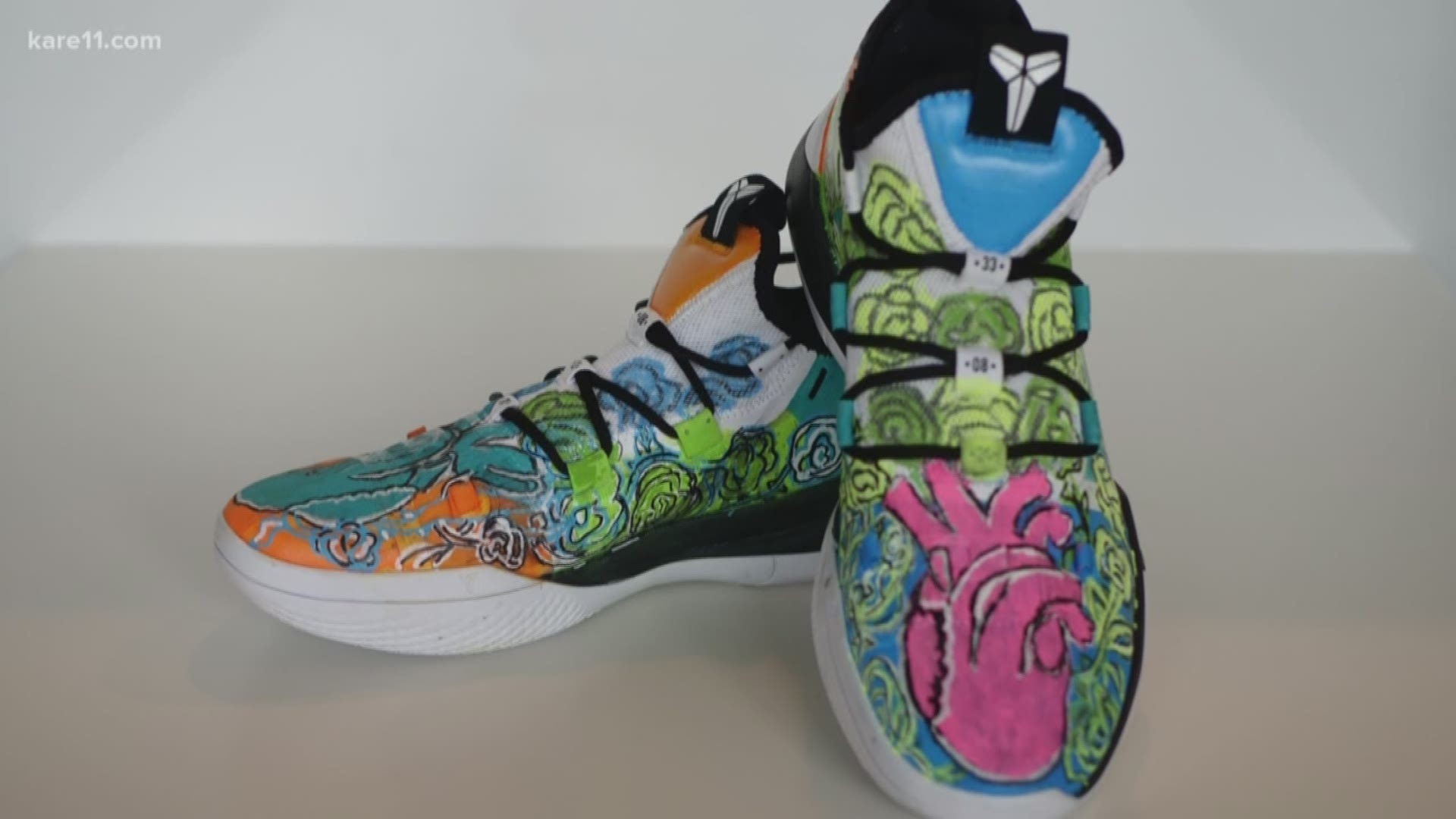 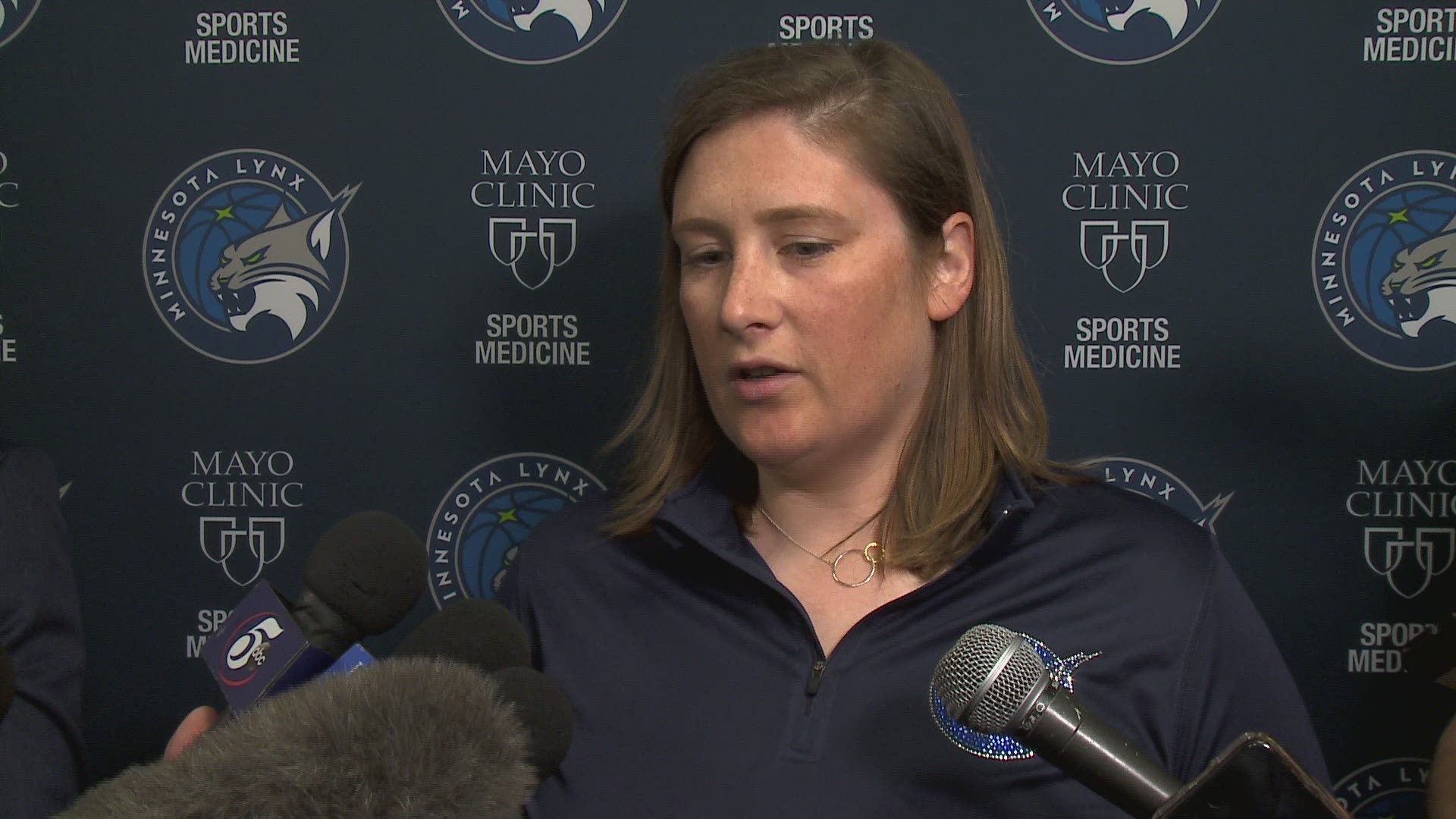