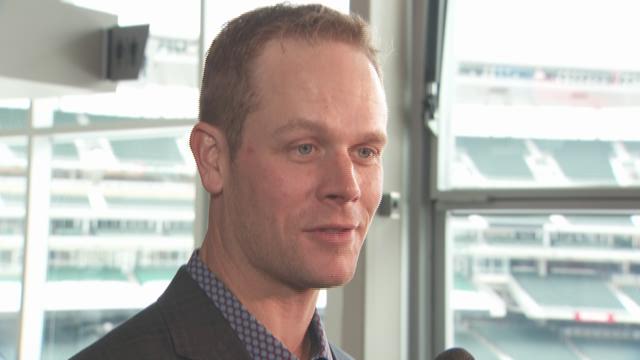 MINNEAPOLIS — The Minnesota Twins announced that Justin Morneau has been elected to the Twins Hall of Fame.

The former first baseman was a third-round pick for the Twins back in 1999 and went on to play 11 seasons (2003-13) in Minnesota. A four-time AL All-Star selection and two-time Louisville Silver Slugger, Morneau is the 34th member of the Twins Hall of Fame.

"Anytime you're in anything with Harmon Killebrew and Tony Oliva and (Bert) Blyleven — you can go down the list of guys that have had an impact on this organization — to be along those guys is pretty special," said Morneau at Friday's Twins Caravan.

Morneau finished his Twins career hitting .278 with 221 home runs and 860 RBI. He ranks second on the Twins all-time list for games played at first base (1,124), third in home runs, sixth in RBI and eighth in hits and walks.

“The Minnesota Twins are thrilled with the election of Justin Morneau to the Twins Hall of Fame,” Twins President and CEO Dave St. Peter said in a release. “Justin’s brilliant career – defined by an American League Most Valuable Player Award as well as his leadership role on the field and in the community – makes him one of the greatest players of his generation. His impact on the Twins organization and Twins Territory in general is significant.”

Morneau won the AL MVP in 2006 after hitting .321 with 34 home runs and 130 RBI. It was one of three times he finished a season with 30 or more home runs, and was the first of four straight years where he compiled 100 or more RBI.

According to the Twins, Morneau will be honored before their game on Saturday, May 23 against the Chicago White Sox – a team he played 58 games with in 2016.