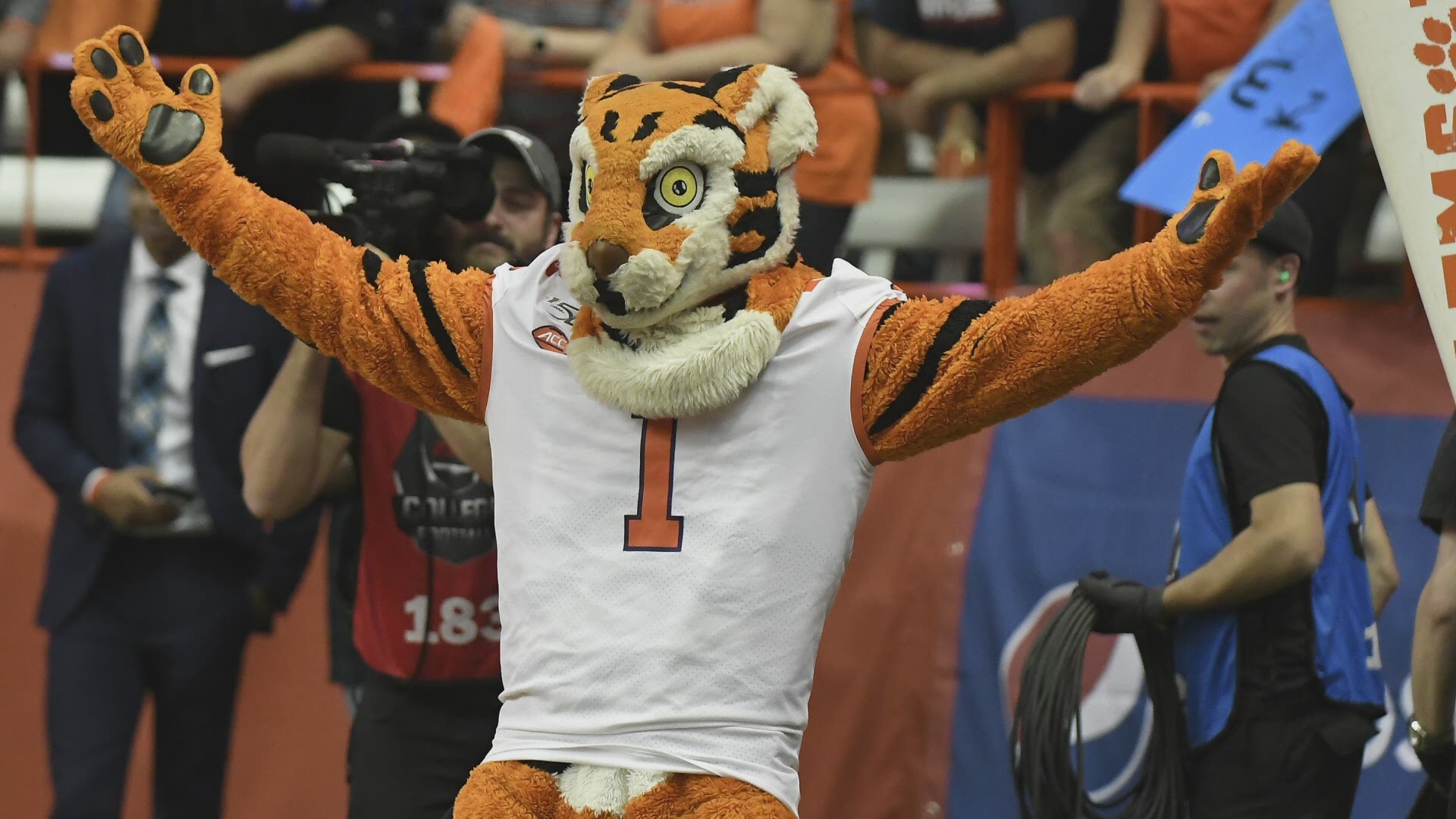 NEW ORLEANS — Social media is going crazy over an unexpected star of the Clemson vs. LSU championship game Monday night, the Clemson Tiger.

Some people feel the mascot badly needs a makeover, and one LSU fan even launched an online fundraiser as a prank.

Dion Grossnickle said when Clemson was ahead at the start of the game Monday, he decided to have a little fun and create a GoFundMe to distract himself from the score.

He titled it, “Purchase Clemson a New Mascot.”

Grossnickle was shocked that a joke intended for his friends went viral and says he didn’t think anyone would donate.

“I turned my phone off after I made it, and then by halftime, I turned it back on — and it went a little crazy didn’t it?” said Grossnickle. “I thought, ‘What in the heck did I just do?’ I hope these Clemson fans don’t start attacking me, but I’m blessed because they have a great sense of humor.”

RELATED: Is this LSU team the greatest college football team of all time?

Grossnickle said he’s even received humorous messages in his inbox from Clemson fans who have taken the fundraiser in good spirits.

He will be giving all the proceeds to Clemson and hopes they might be able to find a charity or a good cause to use the money for.

“It’s not my money. It’s Clemson’s money, but it’d be such a blessing,” said Grossnickle.

Grossnickle said he did look up the cost of a new mascot outfit for fun and discovered it costs much more than his initial $1,000 goal.

WWLTV reached out to Clemson to see if the university had a response and it turns out there was a good cause the money could go to after all.

"We congratulate LSU's football team on winning the game," said Clemson Athletics spokesman Jeff Kallin. "Clemson's Tiger mascot has been a proud part of our department for decades. While we appreciate the initiative to replace our department mascot, we hope that the funds can do some real good. We'd hope the individual will consider donating the funds to Tigers United, a consortium which includes both Clemson and LSU dedicated to the preservation of tigers in the wild. You can find more information about it at tigersunited.org."

Here's what some football fans said about Clemson's mascot on social media.

"Why does the Clemson Tiger mascot look like the abandoned stuffed animal you find 20 years later in the attic?" Taylor Stern wrote.

► Get breaking news from your neighborhood delivered directly to you by downloading the new FREE WWL-TV News app now in the IOS App Store or Google Play.