After throwing the ball just 10 times in the season opener, Kirk Cousins finished 14 of 32 with 230 yards, a touchdown and two interceptions. 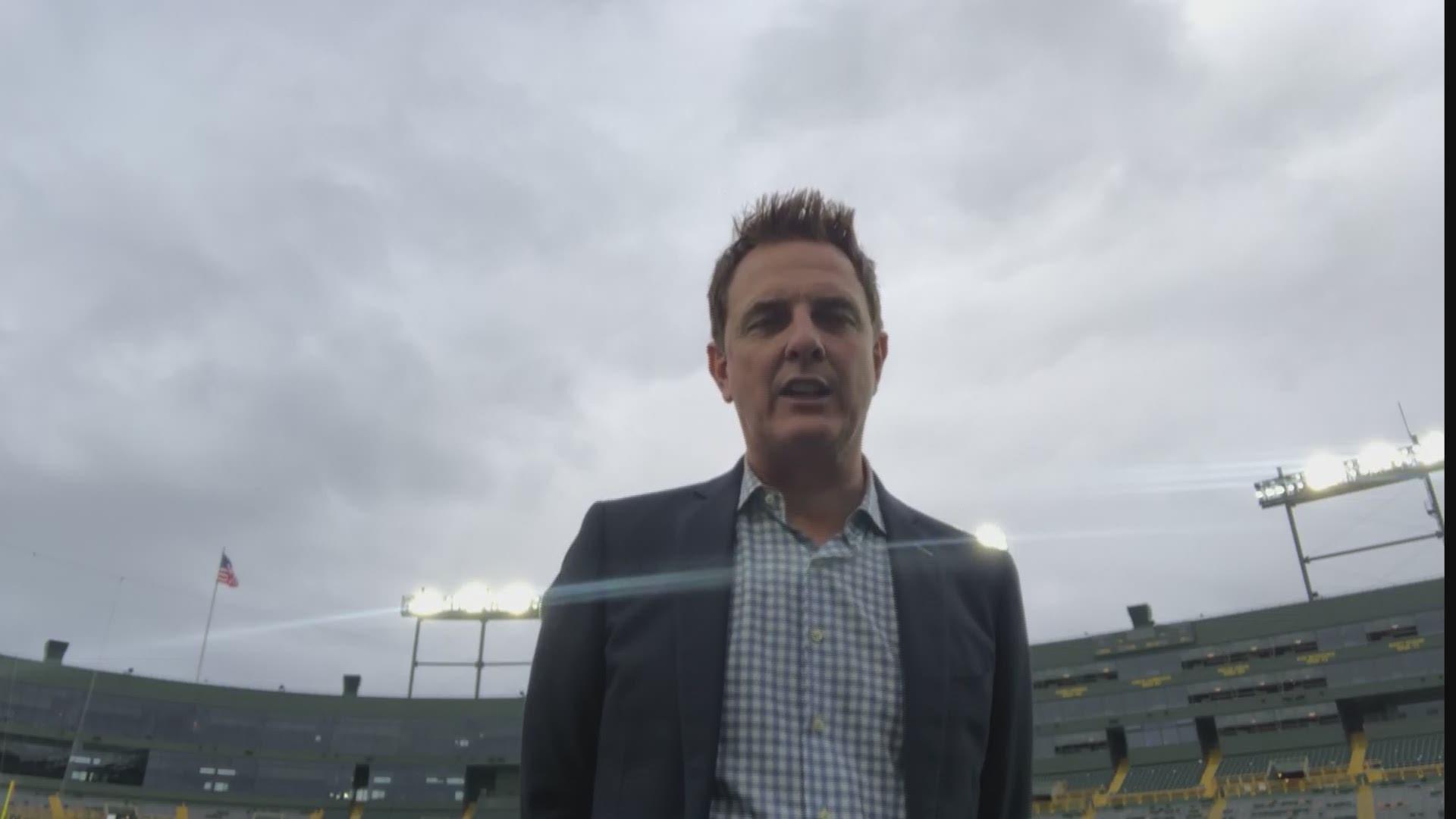 GREEN BAY, Wis. — Aaron Rodgers threw two early touchdowns and the Green Bay Packers held on for a 21-16 win over the Minnesota Vikings on Sunday.

On a day when the Packers honored late Hall of Famer Bart Starr at halftime, Rodgers put on quite a show — particularly early. Rodgers completed nine of his first 10 passes for 134 yards and two touchdowns and had a perfect 158.3 rating through the first quarter. He finished 22 of 34 for 209 yards.

The Packers improved to 2-0 under new coach Matt LaFleur after opening the NFL's 100th season with a victory at rival Chicago. They also beat the Vikings (1-1) for the fifth time in the past seven games at Lambeau Field.

Kevin King intercepted Cousins late in the end zone to preserve the win.

Minnesota's Dalvin Cook had a career-high 154 yards and a touchdown on 20 carries. It was the third-year back's second consecutive game with over 100 yards rushing.

After throwing the ball just 10 times in the season opener, Kirk Cousins finished 14 of 32 with 230 yards, a touchdown and two interceptions.

Rodgers and Davante Adams connected on a 39-yard completion on the Packers' first offensive play and LaFleur's offense was off and running. Rodgers found running back Jamaal Williams for a 15-yard touchdown to cap a four-play, 75-yard opening drive.

Minnesota had a chance to answer with at least a field goal, but Dan Bailey missed wide left on a 47-yard attempt with about 9 minutes to go in the opening quarter.

It took Green Bay's offense all of 12 minutes to score more points (14) than it did in the season opener at Chicago (10).

After not seeing a single ball against the Bears, receiver Geronimo Allison gave the Packers a two-score advantage on a 12-yard strike from Rodgers.

Green Bay got the ball right back after defensive lineman Kenny Clark sacked Cousins, forcing a fumble. Dean Lowry recovered the ball and the Packers took over at the Vikings 33.

The Packers took a commanding 21-0 lead with 2 minutes to play in the first half on 2-yard run by Aaron Jones. Green Bay never scored again.

After rushing for 111 yards and two touchdowns in a win last week against the Falcons, Cook broke out for a 75-yard score following a missed tackle by rookie safety Darnell Savage.

Stefan Diggs scored the Vikings' other touchdown with 45-yard grab from Cousins with 9:12 to play in the third.