Pickleball picks up popularity at a feverish pace

Up some 22% during the pandemic, the paddle sport has become a hot habit for younger folks 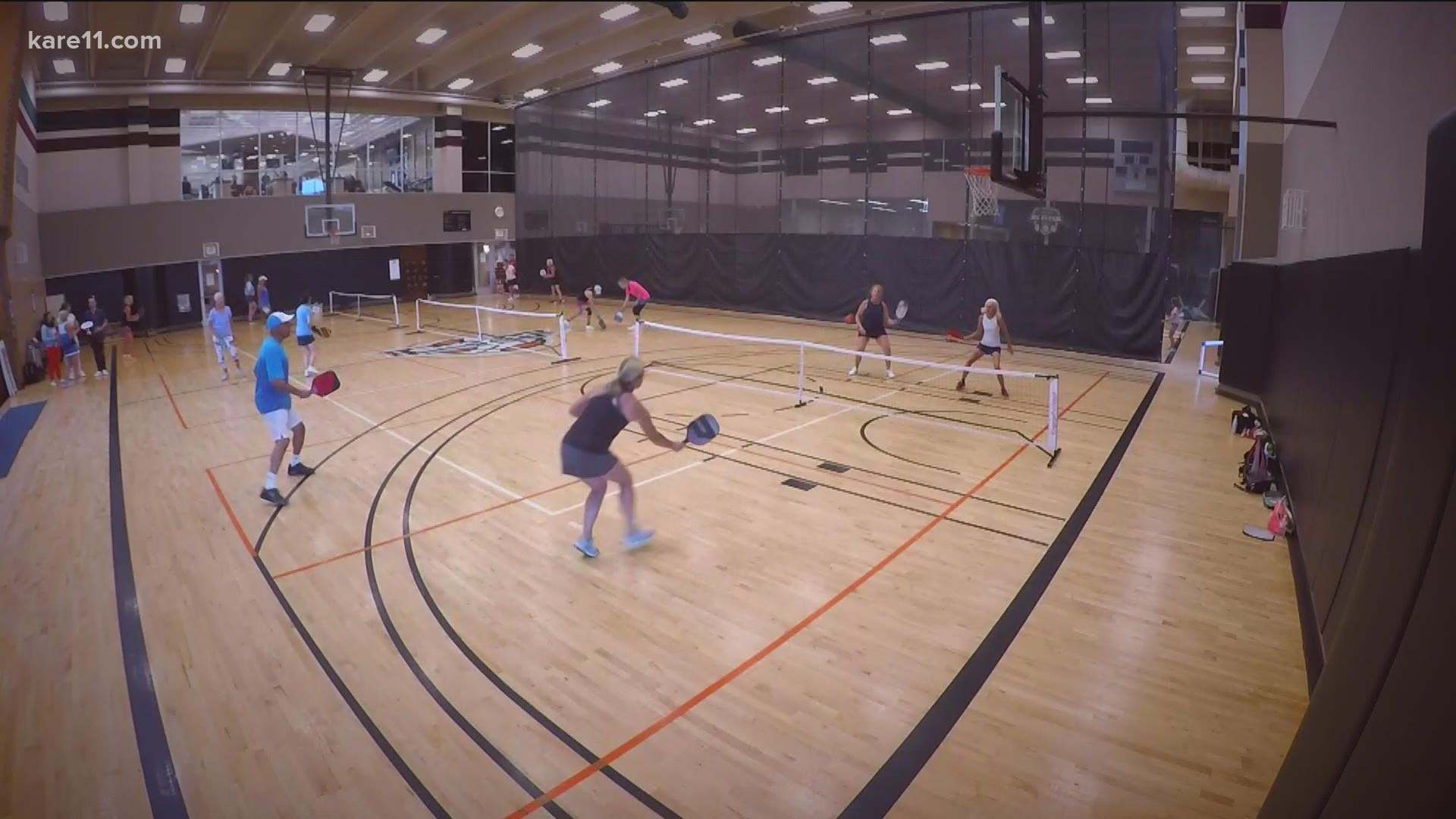 CHANHASSEN, Minn. — Deadballs, dink shots and staying out of the kitchen. If any of this makes sense to you...you're a pickler. Pickleball has picked up popularity at a feverish pace, up nearly 22% since the start of the pandemic. We went to find out what all the fuss is about.

There are few people who know more about pickleball than Life Time's Ajay Pant.

“The best way to describe this? It's a hybrid between ping-pong, tennis and badminton,” says Pant.

The paddle sport was actually invented in the 1960s, and was usually played by people in their '60s, but the pickleball is having a moment or maybe a movement.

“I believe it's a national obsession,” says Pant.

Ajay may not be far off. The sport has reportedly grown by leaps and bounds in the last couple of years. And it's no longer a game for grandma. The average age of a pickleball player is now apparently 43.5 years old.

“It's a gorgeous sport, there's terrific health benefits, you lower your blood pressure, reduce your risk of a heart attack, it's very easy on the joints and most importantly, the learning curve for pickleball is about 10 minutes," Pant says.

“I have a tear in my meniscus, and I can still play. I know people that have had knee surgery and hip surgery and they can beat me,” says Pam Reimer.

Pam is being modest. She's got some pickleball hardware to back up her time on the court, but you don't have to be a champion to get started.

“I don't necessarily care if someone is a newer player or a more competitive player. I just like to get in the game and have exercise,” she says.

Picklers are apparently a friendly group. Pickup games are common and your skill level isn't judged.

So, if you're looking to make some new friends, get some exercise and learn a new skill, join the movement. But remember, stay out of the kitchen.

“Have fun, smile and come out and play,” laughs Reimer.