Virtual workouts are becoming more and more popular as evidenced by the 900 or so fitness enthusiasts in a Twin Cities online class. 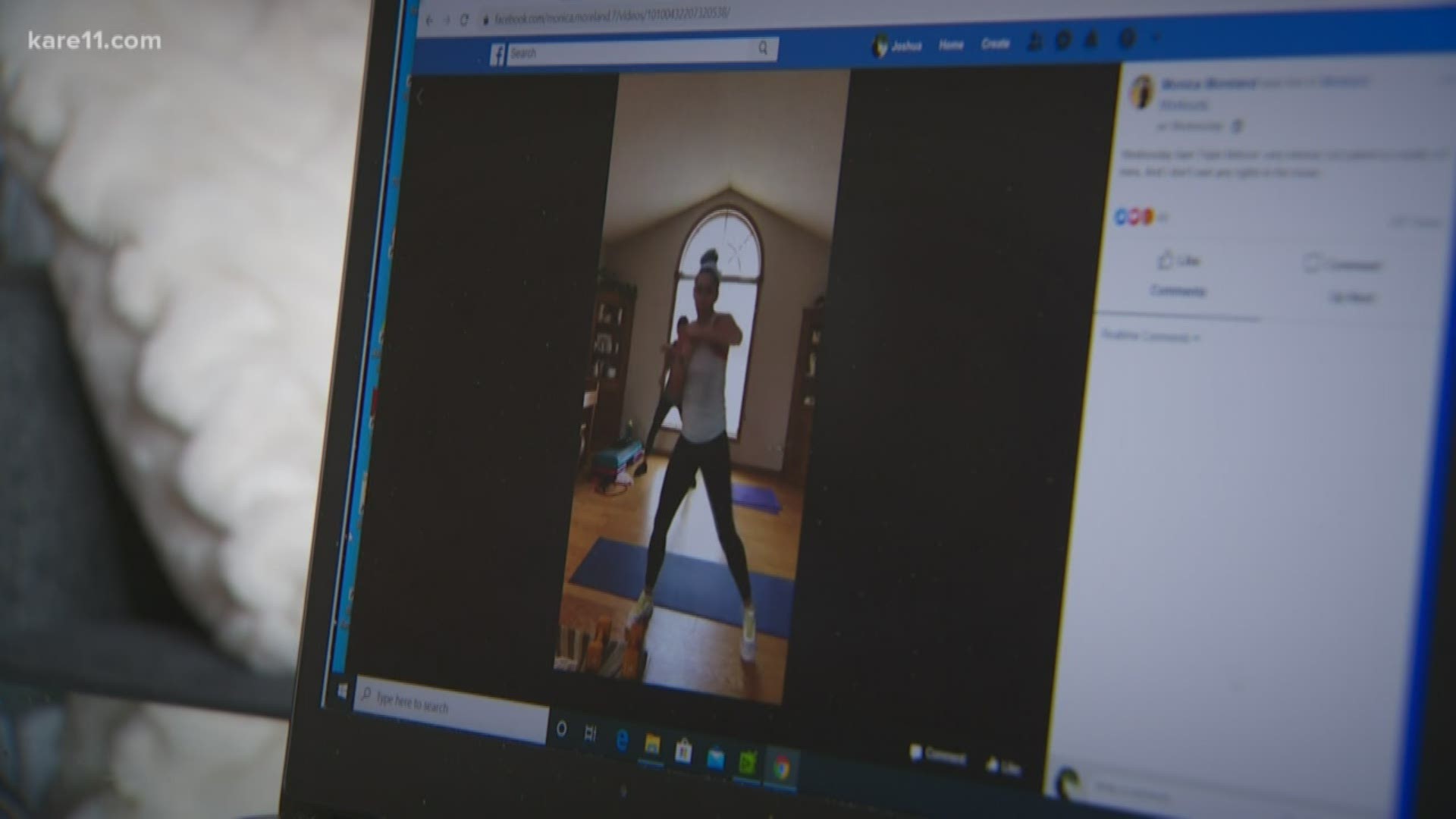 GOLDEN VALLEY, Minn. — This virtual workout has the feeling of being in a group fitness class led by Monica Moreland, but it's in her living room.

"It's free and anyone can join. It's called "Monica's Workouts" and it's a group on Facebook," Moreland said.

The schedule is posted the night before and classes are held 6 days a week.

"Each day is a different class, we're not going to do the same thing. We target different energy and different muscles," she said.

Monica's mom even takes part in the class!

"It's nice to have someone in the room with me that I'm coaching. She does a great job and is a great role model for everyone watching," Moreland said.

One of the virtual class members, Britt Stuessy sees the benefit to keeping up her fitness routine, even though it's not the same as being at the gym.

"The biggest reason that I'm taking the virtual class is to stay fit during these unprecedented times. Normally, going to the gym before coronavirus the gym was such a huge part of my day. Now, when you don't have that it makes you become creative to figure out what can you do now? So having that ability to keep active has really helped my mindset and disposition," Stuessy said.

Monica says if you don't have gym equipment at home and want to do the class -don't worry! She offers options and a number of fitness class members have improvised from using paper plates as sliders to paint cans as weights!

If you can't join a live class, the workouts are posted and downloadable to use at a later time.

RELATED: Tour de France yet to be postponed amid coronavirus outbreak