Delano is the latest community that KARE 11 is hearing about with a shared problem: Drivers passing school buses with their stop arms activated. The violation will cost you $500, but the poor decisionmaking is also putting kids in danger. 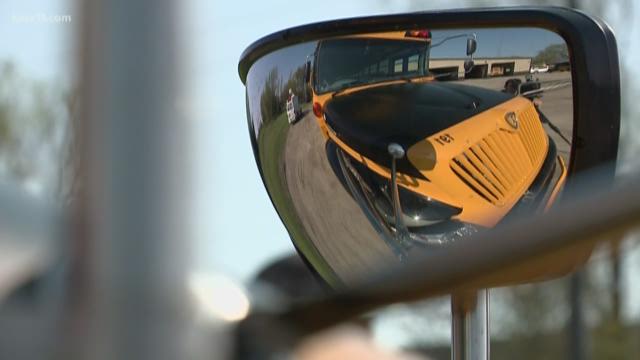 DELANO, Minn. — Stahlke Bus Service says recently, a student passed a stopped school bus twice in 10 days in the same spot. The company is now using social media to get its message out.

Delano is the latest community that KARE 11 is hearing about with a shared problem: Drivers passing school buses with their stop arms activated. The violation will cost you $500, but the poor decision-making is also putting kids in danger.

Rayme Bernick, is the Vice President of Stahlke Bus Service in Delano and she says that recently, a student driving a vehicle passed a stopped school but twice in two weeks outside of the high school. That prompted the City to post a suggestion to parents from Stahlke to educate their kids about the importance of obeying this law.

City of Delano, MN - City Government
A message from Stahlke Bus: Parents of young drivers... Stahlke Bus has had an influx of student drivers running the stop arms on the buses. Most are distracted and not even looking/seeing the bus....

"We are seeing more of the younger side that are running the stop arms so it's students when they're coming out of school and they're not paying attention. They're checking their Snapchats or talking to their friend in their vehicle.They're not even seeing you with your lights on they just drive right through," she said.

The Minnesota Department of Public Safety (DPS) says in the past five years statewide, more than 6,000 stop arm violations have been reported.  On Thursday DPS will hold a press conference in southeastern Minnesota to talk about this issue, and will release new video of a student who was nearly hit this winter. The department will also release results of its yearly stop-arm survey that it conducts with school bus drivers.

In Delano, Bernick is pushing to get cameras put on the side of her fleet of buses. She says Stahlke is a family-run company and small, with about 45 buses in its fleet and there's not enough money currently to buy cameras.Bernick says she and a few other small companies went to the Minnesota State Capitol this year to try and get funds to help pay for cameras, but she says the proposal stalled.