The film based on the late Minnesota teen's life and musical journey will premiere in the fall. 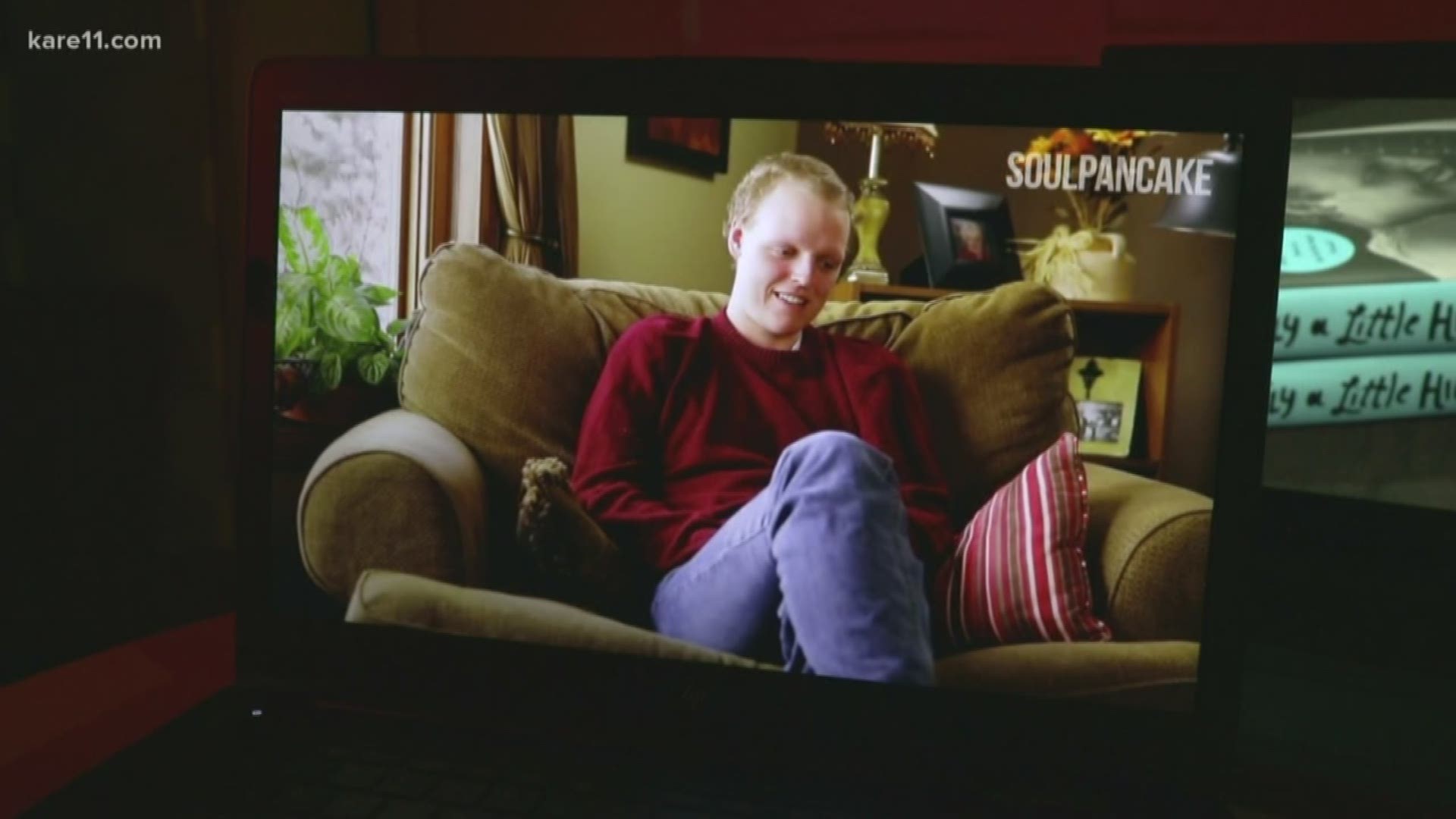 LOS ANGELES — A movie based on the life of Minnesota teen Zach Sobiech will premiere on Disney+ this fall, the streaming service announced Thursday.

Zach Sobiech was 18 years old when he died in May 2013 after a long battle with osteosarcoma, and after he recorded the song "Clouds." and filmed an accompanying video that has been viewed more than 14 million times. That video has raised more than $1.7 million for research into the rare bone cancer.

The film "Clouds" is based on a memoir written by Zach's mother, Laura Sobiech. It stars Fin Argus as Zach, with Neve Campbell and Thomas Everett Scott portraying Zach's parents, Laura and Ron. "Clouds" is directed by Justin Baldoni.

"I fell in love with Zach’s infectious joy and spirit seven years ago when I made a short documentary about his life. Just before he passed, I made a promise to him that I would do whatever I could to make sure the world heard his music," Baldoni said in a statement.

KARE 11's Karla Hult spoke with the Sobiech family last year, as filming for "Clouds" was underway in Montreal.

For the Sobiech family, the movie marks another contribution to what the family together decided was their mission.

“An opportunity comes up, and you’re allowed to say, ‘yes or no,’” Rob Sobiech said. “And with Zach’s help, we said yes, not knowing where this is all supposed to lead… but it’s an opportunity to help others and that’s hopefully what ends up going on here,” he said about the family’s decision to accept attention as a way to help others.

“If the point is to draw attention to childhood cancer and, in particular, osteosarcoma, then we’ll do it. And Zach was on board with that too,” Laura said.

RELATED: Cancer treatment in trials thanks to Zach Sobiech Fund