From a food pantry to a fundraiser, 'Du Nord' puts community first 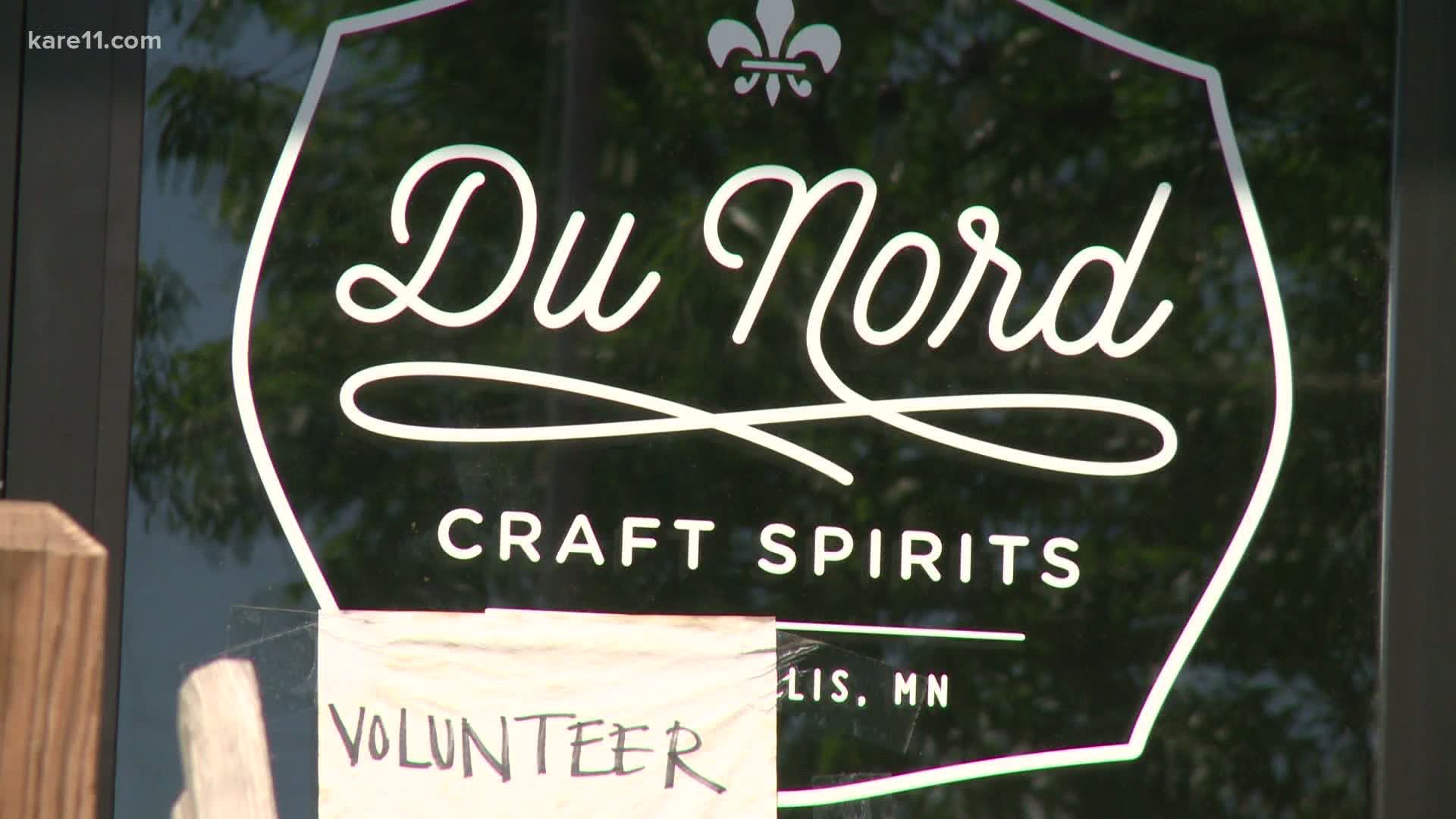 MINNEAPOLIS, Minnesota — Two weeks ago, Minneapolis Police Department's 3rd Precinct was set on fire. Less than half a mile away from the epicenter of protests surrounding George Floyd's death is Du Nord Craft Spirits.

Chris and Shanelle Montana opened the distillery in 2013. At the time, Chris was unaware that he was the first Black person to own a microdistillery in the country—a fact he learned about two years later.

"I think as we've evolved, we've now recognized the place that we have and the somewhat unique responsibility that we have to be an open door because this is not a particularly diverse industry in craft alcohol, period," Montana said.

Two weeks ago, several fires were set inside Du Nord's warehouse. The fires set off their sprinklers, dumping more than 26,000 gallons of water inside. It kept the fire from destroying the building but there's significant damage to the warehouse. The cocktail room was spared, as well as the original production facility. Those were marked as Black-owned with signs in the window.

"I think that saved that building. It's one of few places standing in this area. The 3rd Precinct's at the end of this block. It's [Du Nord] one of the few places that doesn't have broken windows," Montana said.

After the fires, they emptied out the warehouse and turned it into a food and supply pantry. They've helped hundreds of people in the community.

"After so many nights of sadness and unknown and grieving, it felt really good to do something," said Jessica Ward-Denison, a volunteer coordinator that helped manage the food and supply distribution.

They've been offering supplies to the community since June 1. Friday, June 12 will be their last day as repairs are needed to fix the warehouse for production.

Volunteer Kate Genereux said, "I absolutely think that this is a marathon not a sprint. There will continue to be a myriad of ways to be involved and so many different roles and lanes that people can play. I would just love to see that sense of empathy and true community continue."

Du Nord, along with T-ReX Cookie, launched their own fundraiser but it's not for them. Donations raised through the Du Nord Riot Recovery Fund will be used to help other Black and brown-owned companies impacted in the Twin Cities.

Montana said he expects insurance money will help cover some of the damages to Du Nord but many other businesses lost everything and are either uninsured or underinsured.

"The only way they come back is if they have some viable path to get through this," Montana said.

Montana said they are setting up the application process now and every dollar from the fund will go back to the community.

Their community involvement doesn't stop there. When the COVID-19 pandemic first caused them to close their cocktail room, Du Nord switched to making hand sanitizer. They're part of All Hands MN—helping provide hand sanitizer to those on the front lines.

Montana said he also participated in some of the protests after George Floyd was killed and Du Nord helped get sanitizer to protesters.

RELATED: How to support black-owned businesses in Minnesota

"The only reason why we've been able to survive is because this community—specifically south Minneapolis—has stepped up for us. It's the least that we could possibly do, is to step up for them," Montana said.

Running a distillery is a lot of work and Montana said he felt like his energy was lagging.

But now, Montana said, "I think I have more energy now to do this and do it bigger than I ever have before. So we're looking to rebuild this but also I want us to be a part of the rebuilding of Lake Street and I don't want to just be a part of it, I want to be a part of something iconic."