Jury will hear prior drug charges in Colton Treu case

The judge ruled similar charges in a pending case against Treu can be presented at trial in the deaths of 3 girl scouts and a mom this January, but without details. 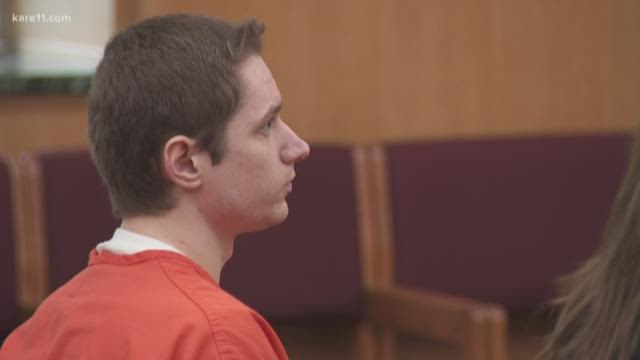 CHIPPEWA FALLS, Wis. — A man accused of driving while under the influence and running a truck into several victims appeared in court for a motion hearing.

The main question the Chippewa County District Attorney worked to answer is why Colten Treu allegedly left the scene after the crash last November.

RELATED: Girl Scout injured in crash is out of the hospital

The crash killed four people, including three young girl scouts who were picking up trash on the side of the road.

Currently, Treu faces four charges from Rusk County from a crash that happened prior to the one in Chippewa County. Treu was out on bond with charges of Posession of Methamphetamine, THC, drug paraphernalia and Operating a vehicle with a controlled substance when he allegedly crashed his truck in Chippewa Falls.

"Knowing the similarity to this situation, he realized that he was--for the lack of a better term-- in a world of hurt regarding how this was going to pan out for him," Newell said.

Newell argued that the Rusk County evidence should be presented to jurors when Treu goes on trial in January.

But Treu's attorney argued otherwise, saying the judge shouldn't allow the charges to be presented to the jury because it's an attack on Treu's character.

"The only purpose that we would be arguing for a prior OWI or debating over that situation is to attack that persons credibility, to show a pattern of behavior and to show conformity therewith," Treu's attorney Carly Sebion said. "And those are all reasons it should be inadmissible."

Judge James Isaacson ultimately ruled the charges can be presented to the jury, but without any details.

"Redact any comments made about what sort of intoxication level or those things involved," he said. "I think the fact that he had a bond pending in another county, for whatever crimes they decided to charge him with, is admissible."