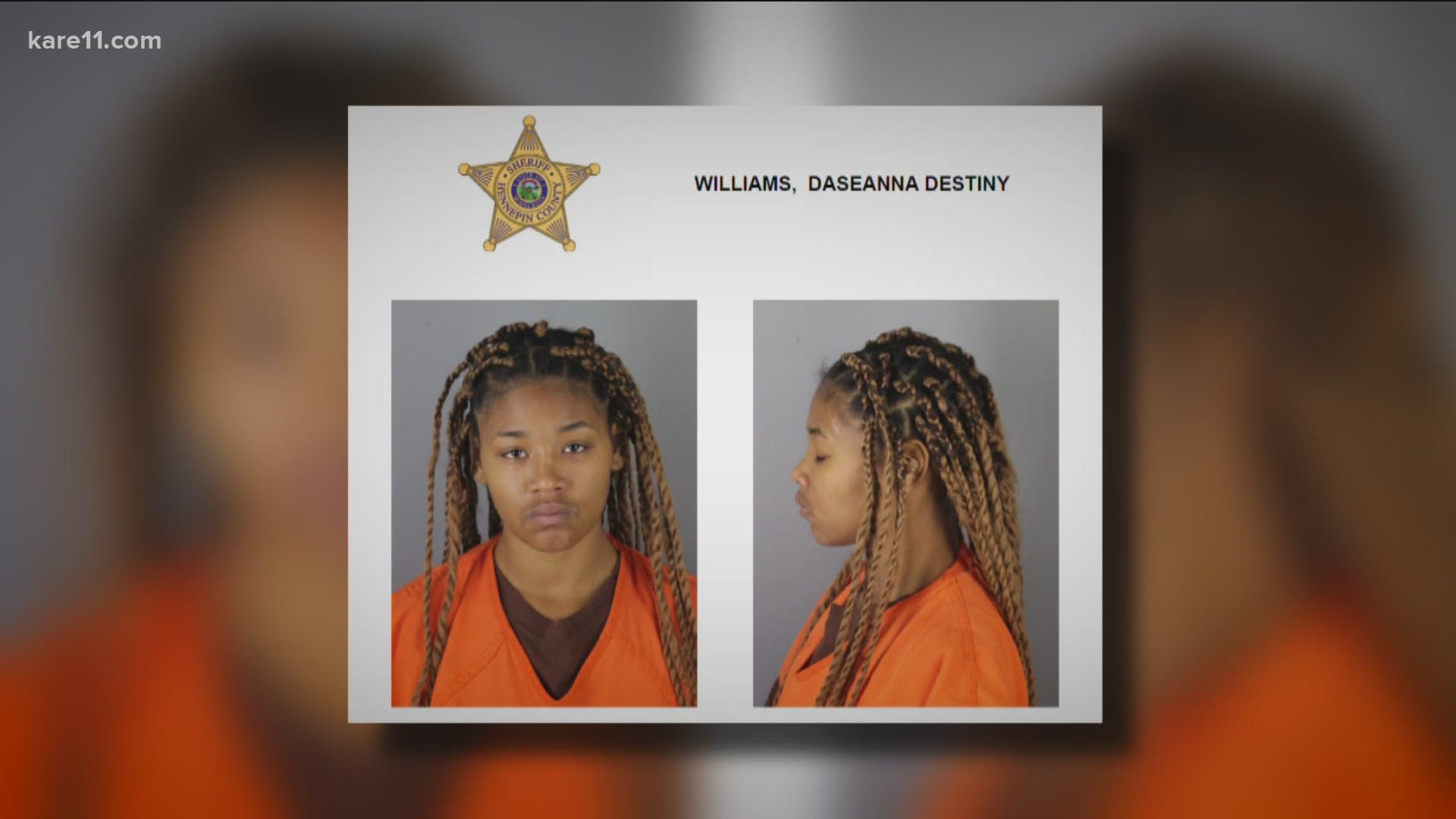 MINNEAPOLIS — A 76-year-old Somali woman is recovering after a brutal attack on Saturday, Jan. 2, where she was shot, beaten with a handgun and robbed.

Minneapolis police believe the victim was shot in the hip by 21-year-old Da’Seanna Williams, who allegedly followed the victim to her apartment on the 1700 block of 22nd Street East.

Outside the victim's apartment door, Williams shot the woman in the hip and pistol whipped her head so badly that a piece of the gun broke off, according to police and a criminal complaint filed in Hennepin County District Court.

Police say Williams stole the victim's purse, which had $900 inside, and fled the scene.

When police arrived at the apartment, they found the victim bleeding from her hip and her head. According to the complaint, the victim's son lives with her inside the apartment and heard the gunshot. He told police his mother had gone to the bank to withdraw money for their rent and was riding the bus.

The woman was taken to Hennepin Health care where she was treated for a fractured skull and brain bleed and wounds from being beaten and shot.

Police say they identified Williams through surveillance video as part of their investigation, and arrested this week after executing a search warrant at a home in Brooklyn Park.

Williams is charged with felony aggravated robbery in the first degree and felony assault with a dangerous weapon in the second degree. The investigation is ongoing.

Sgt. Abdiwahab Ali said he just spoke to the victim, who is released from the hospital and is recovering.

“The victim lost almost of her money to this robbery,” Ali said. Police say the $900 was her rent money.