Organizers hope the new event will become an annual tournament in the Twin Cities, providing a safe outlet for the community. 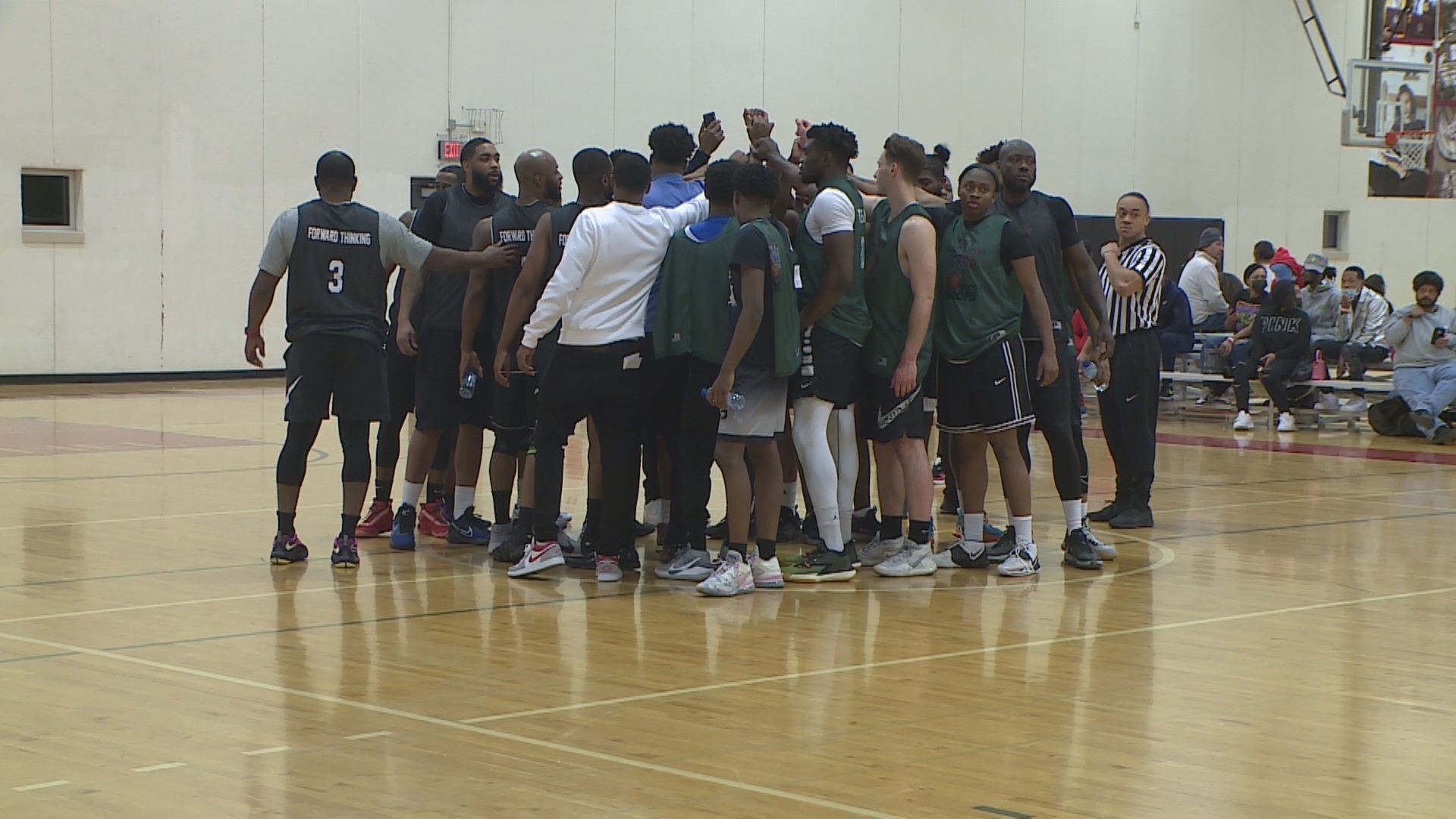 MINNEAPOLIS — Timothy Gill combined two of his passions on Friday night: basketball and serving others.

Gill, a former Patrick Henry High School standout, became a licensed social worker after playing hoops at the Division I college level and professionally overseas. Utilizing that background, he helped organize the first-ever "Don't Shoot Guns Shoot Hoops" event at the Colin Powell Center in South Minneapolis, a four-team tournament featuring some of the top men's and women's players in the Twin Cities.

"We use sports to solve a lot of our problems. Some of the players out there that I picked, it saved their lives. It saved my life," Gill said. "I'm using it today to get a bigger message out there."

The tournament drew a packed crowd on a chilly Friday night, providing a safe space at a time of increased violence locally and across the country. In addition to highlighting the need for gun violence prevention, the "Don't Shoot Guns Shoot Hoops" event also featured speakers addressing mental health.

"We just want to say, 'it's okay to be vulnerable,'" Gill said. "It's okay to utilize the resources around you."

“This is the start of something big.”

One of the other main organizers, Tommy McBrayer, said he hopes these messages can spread across the Twin Cities.

Spectators in the crowd, who paid $10 for admission, saw a terrific display of basketball among all four teams vying for a trophy. The teams were split geographically, representing players from north Minneapolis, south Minneapolis, and St. Paul.

Sarina Simmons, who played four years of Big East basketball at Marquette University and tallied more than 1,000 career points, competed for the squad known as "T.E.A.M.," which stands for "Teach Everyone a Method."

"I think it's a great cause. It's a great event to bring the community together," Simmons said. "I think that it's very important that we're doing it. I hope to be back here next year."

One of Simmons' teammates on T.E.A.M., Vonte Copeland, played college basketball at the University of Saint Mary, an NAIA school in Kansas.

"I grew up around gun violence. A lot of people have, in this event tonight. So, it's deeper than basketball," Copeland said. "[This event] means a lot. It gives the kids something to look up to. Gives the kids some hope."