The "Cure Violence" model will put outreach workers into neighborhoods to settle disputes and help those most at risk. 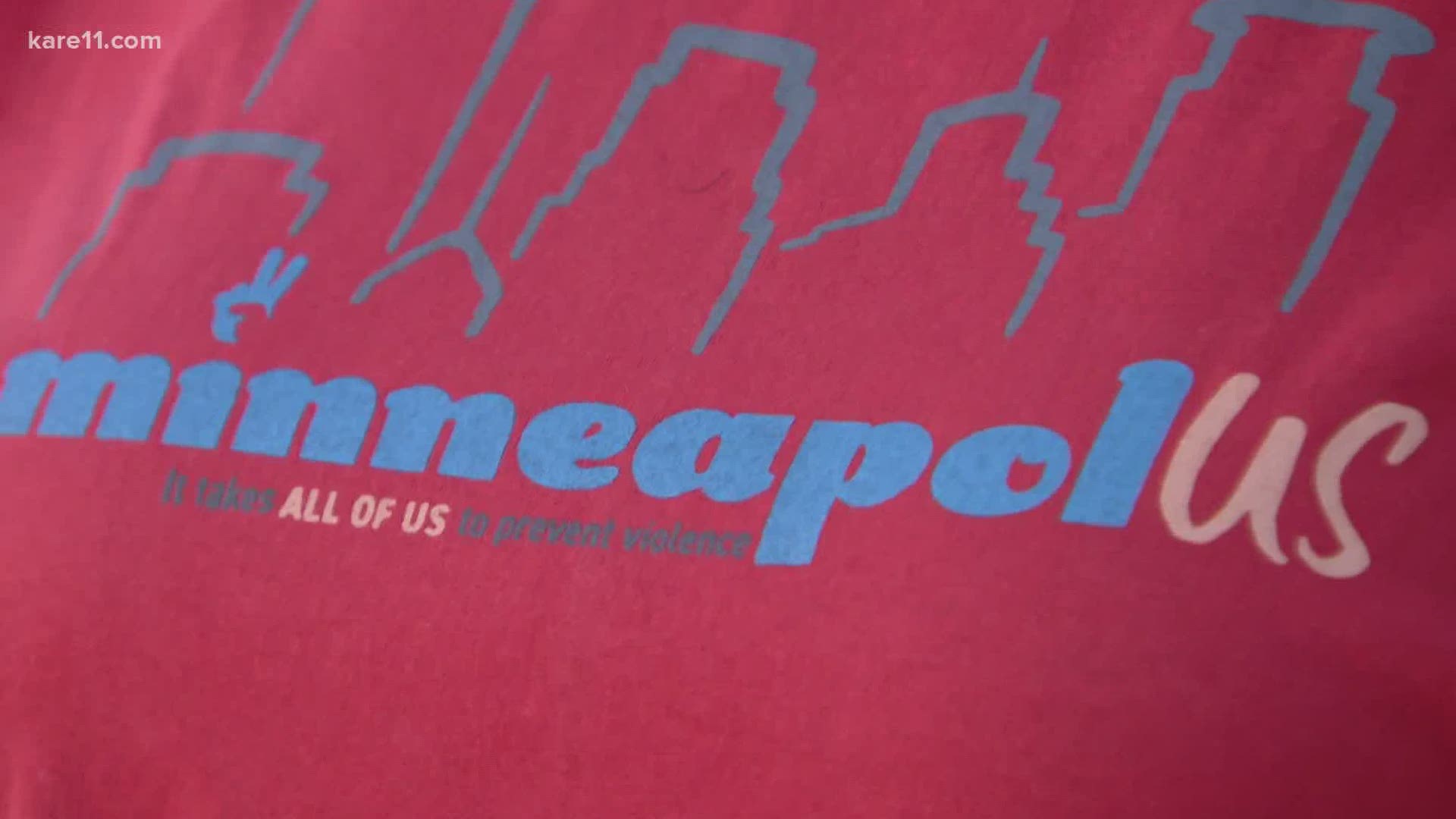 MINNEAPOLIS — A day after homicides in Minneapolis surpassed the total from 2019, the city’s Office of Violence Prevention introduced a new strategy to the public on Monday.

Branded as “MinneapolUS,” to emphasize unity in stopping the violence, the city will use a “Cure Violence” national model to treat the issue like a public health crisis. North Minneapolis residents on Monday evening got a chance to learn about the model through a documentary called “The Interrupters,” shown on an outdoor projector as it depicted similar outreach work done in Chicago.

Sasha Cotton, the director of the Office of Violence Prevention, said the outreach workers will focus on early intervention for at-risk people, conflict mediation, and connecting them to resources for education, housing and jobs.

“Some of [the outreach workers] are coaches, teachers, some of them have their own past experiences with gang and gun violence, so, we’re really digging deep and trying to find people that can meet a variety of needs that we know people at risk have,” Cotton said. “If we can save just one life, get one young person inspired to do something different, then the trickle-down could have amazing impact.”

Minneapolis is rolling out a new violence prevention strategy, based on the “Cure Violence” model, that treats the problem as a public health crisis. Tonight, the city is introducing the public to the strategy with a documentary that depicts similar methods in Chicago. @kare11 pic.twitter.com/j8BLNO4cw1

Cotton was joined by roughly 30 to 40 people at the first showing of “The Interrupters” on Monday evening. There will be two more showings this week, and additional viewing opportunities next week.

Latrena Jackson, who was shot in the jaw last month at Peavey Park and just got out of the hospital this week, wore orange in solidarity with the “MinneapolUS” outreach teams.

“How can we stop this? Because it’s hurting the whole community. We’re scared to walk down the streets,” Jackson said. “I have a purpose for being here. This is why I’m here, speaking about it. The gun violence has to stop. It has to stop.”