After a report of an aggravated robbery, MPD says the teens were arrested in a vehicle taken during a St. Paul carjacking. 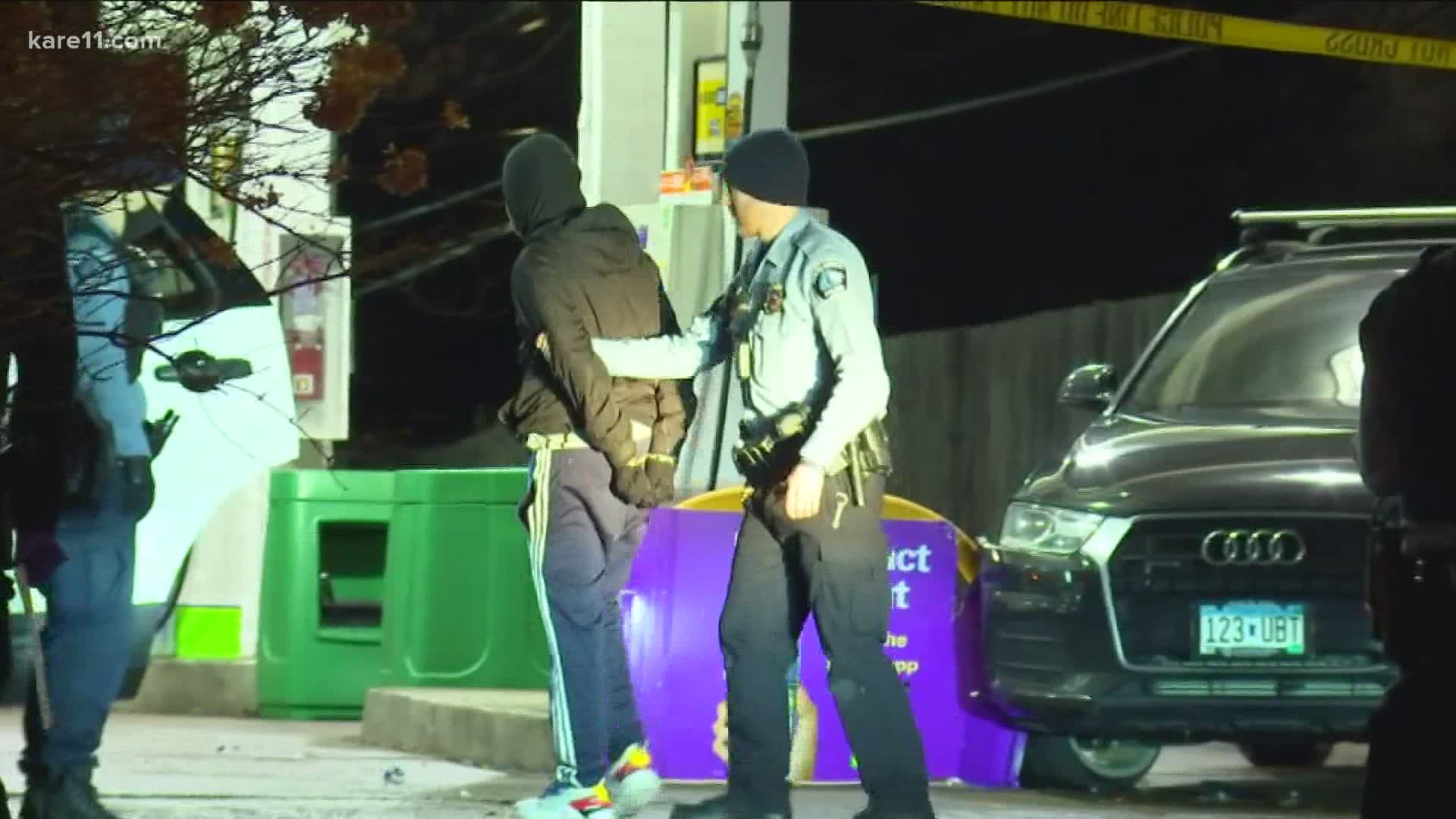 MINNEAPOLIS — The Minneapolis Police Department (MPD) says officers arrested four teens spotted in a carjacked vehicle, after they received a report of someone robbed at gunpoint.

According to MPD, officers responded to the 3500 block of Stevens Avenue South around 4 a.m., where they spoke to a victim about the robbery, whose information they were able to radio out to available police units.

Police said a "robbery suppression" officer in an unmarked car saw the vehicle the teens were reported to be in at a gas station on the 4500 block of Nicollet Avenue South.

According to MPD, "numerous squads" were in the area and approached the gas station, successfully blocking the vehicle's path as it attempted to flee.

Officers arrested three of the teens at the gas station, while the fourth successfully fled on foot, the release states.

MPD and the Hennepin County Sheriff's Office set up a search perimeter, which involved one of their K-9 units.

MPD said an officer found the fourth teen under a car in an alley on Stevens Avenue, leading to the teen's arrest.

According to police, the teens were in a vehicle stolen during a St. Paul carjacking.

Officers said the person they spoke to earlier identified the teens as the people who had robbed him. They said another person, who was robbed Friday evening, also identified one of the teens.

Now investigators are piecing together if these suspects are connected to any other recent crimes.

“When we get a case such as this, we will look at any other robberies, any other cases that could possibly be involved with this," says John Elder, a spokesman with MPD.

The four were booked into the Hennepin County Juvenile Detention Center. MPD said the teens are 16 and 17 years old.