The plan's priorities include anti-bias practices, teacher retention plans, and improving opportunities for students of color and students in more rural areas. 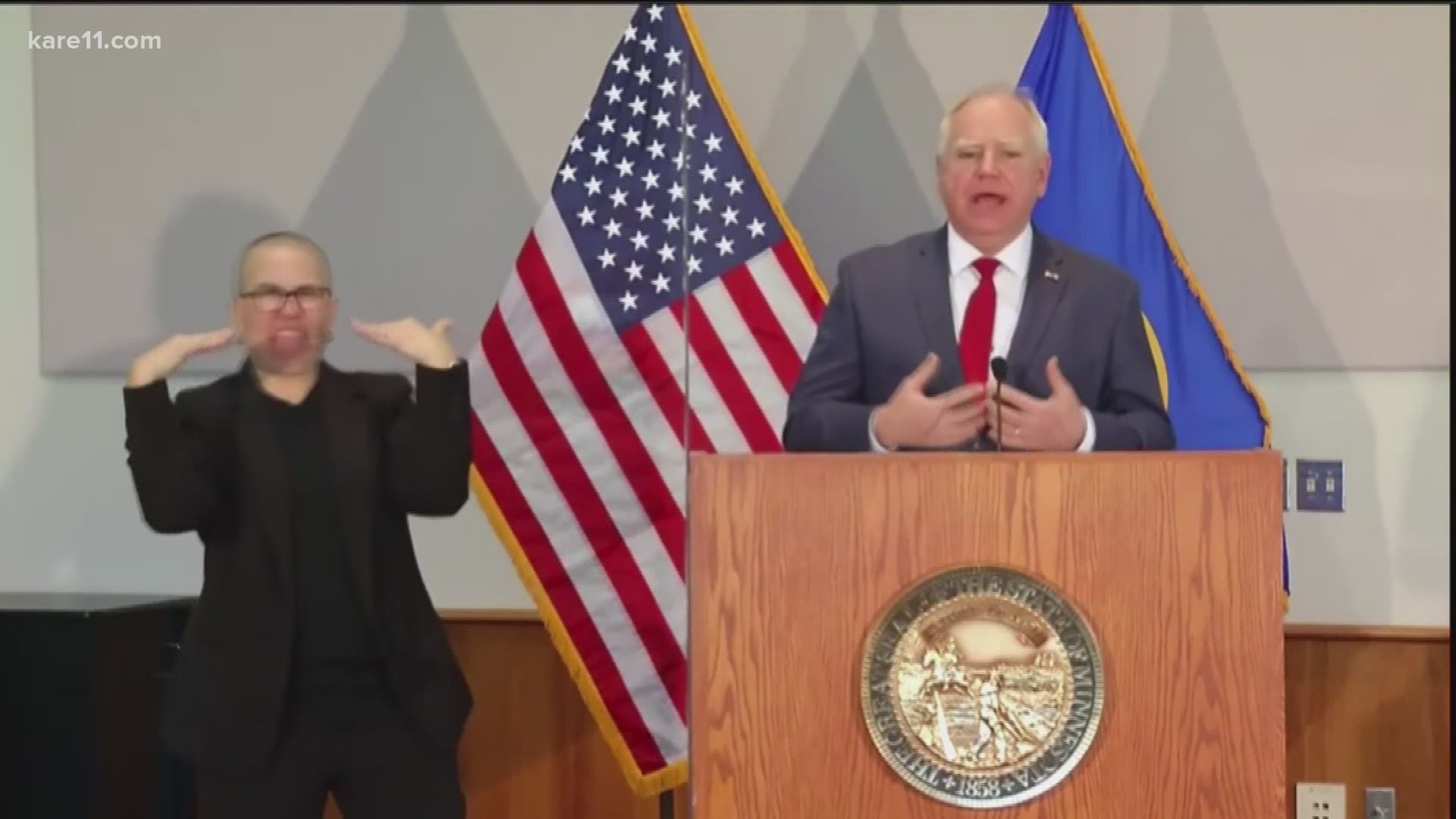 Walz began his announcement by speaking on disparities in Minnesota's education system along racial and geographical lines. He said the COVID-19 pandemic often made those disparities worse.

He announced the state's new "Due North Education Plan." According to a release from the governor's office, the plan guides Minnesota "toward a future where every child receives a high-quality education, no matter their race or zip code." It also focuses on improving opportunities for students of color and Indigenous students, as well as students in greater Minnesota.

One major aspect of the plan is to improve access to opportunities for Minnesota's students of color and Indigenous students, including by establishing an Equity, Diversity and Inclusion Center to address systemic racism. Officials said the process of choosing a director for the new center is already underway.

The state said it will also develop and provide training for all school staff on anti-bias practices.

Officials added that the state would provide educational experiences that value students' cultural identities. Under the Due North Education Plan, the state would make sure students receive an accurate history of Minnesota's Indigenous people.

The plan will also involve a statewide family engagement model to support schools, and a statewide mentor program for teacher retention. That program focuses on the first few years of teachers' careers in Minnesota schools, which officials said are "crucial."

Asked for a "rough price tag" on the endeavor, Walz said his office would provide more details Tuesday. Citing past partisan difficulties in budget conversations, he said he hoped to "take the conversation to Minnesotans" and match the budget to their input.

On Monday morning, the state announced a "mass vaccination pilot event" for educators, school staff and child care providers in the metro area. The state will administer 15,000 Moderna vaccines at Xcel Energy Center in St. Paul from Thursday, Jan. 28 through Monday, Feb. 1.

To balance that initiative, two of the other pilot COVID-19 vaccination sites in the metro will only serve adults ages 65 and up this week: Blaine and Brooklyn Center.

The Xcel pilot site will not be available for walk-ups. School employees will need to work directly with their school districts, charter schools, tribal schools or nonpublic school organizations to schedule an appointment. Child care programs are selected randomly and will be notified if they're chosen.

During Monday's education announcement, Walz said this newest pilot would not be a recurring weekly event. He added that educators who receive their first vaccine doses through it would "more than likely" be called back to the same site for their second doses. He said the state wants to make use of extra doses quickly whenever possible.

Monday's announcements come after the first week back to in-person learning for many elementary schools across the state, including the largest district in Minnesota, Anoka-Hennepin School District.

The youngest students in the St. Paul School District will head back to class on Monday, Feb. 1, and the Minneapolis School Board voted last week to bring students back on Feb. 8.

Gov. Walz announced a few weeks ago that elementary schools could open for in-person learning on Jan. 18, but left the decision up to each district.

Some teachers across the state oppose the decision, saying that students should continue distance learning until more people can get the COVID-19 vaccine.

The St. Paul Teacher's Union has protested the decision to return, holding a car rally several weeks ago, decorating vehicles with bright signs and blasting horns.

"We know that this is a place that small children can carry the virus. Adults, clearly, that are coming into our buildings can carry it as well. We have extreme concern about the safety of our members," said Nick Faber with the Saint Paul Federation of Teachers.