Bill to ban holding a cell phone while driving has gained support from key lawmakers on both sides of the aisle in Minnesota. 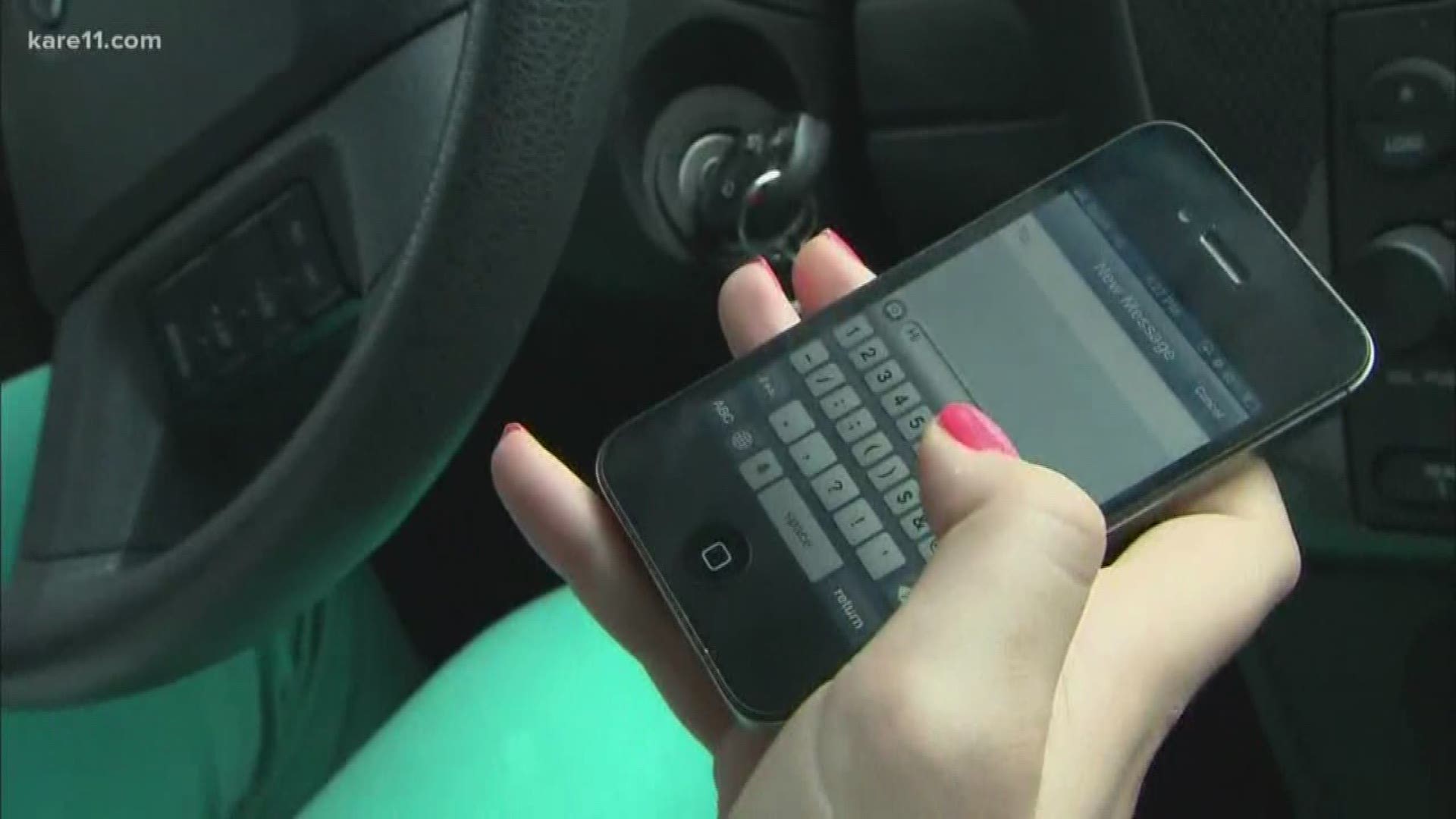 ST PAUL, Minn. — Minnesota may soon become the 17th state to restrict drivers to hands-free mode when using a cell phone while driving. The bill that would ban holding a phone while driving has picked up momentum early in the 2019 session.

That was abundantly clear Monday when a bipartisan group of legislators from both the House and Senate announced a revived version of the measure.

"It has come to be a universal danger to us on the highways," Sen. Scott Newman, the Hutchinson Republican who heads the Senate Transportation Committee, told reporters. 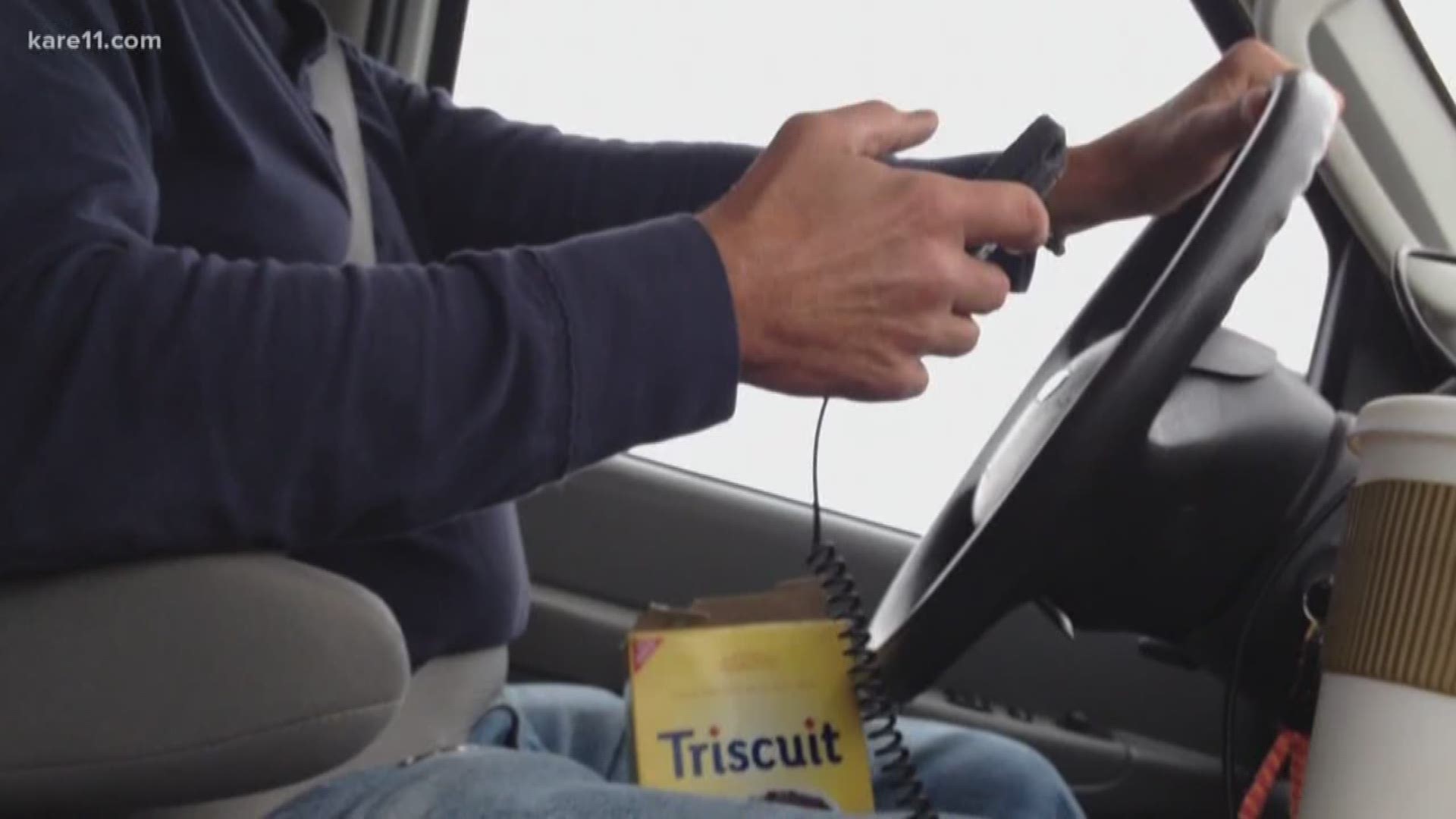 "It seems to me to be comparable to what drunk driving was in the 20th century. We are now dealing with cell phones in the 21st century."

He appeared along with Rep. Frank Hornstein, the Minneapolis Democrat who chairs the House Transportation Committee.

"We want to have a clean hands-free bill like 16 other states and the District of Columbia have," Rep. Hornstein remarked.

"The data from those states is very clear. This works, this saves lives."

Voice commands and voice-activated phone calls would still be allowed. But getting drivers' hands off their phones would make it easier for law enforcement officers to enforce the current ban on texting while driving.

"Often times the conversation will be, 'I wasn’t texting. I was dialing the phone,' or 'I was looking at my GPS on my phone'," Col. Matt Langer, who heads the Minnesota State Patrol, explained.

"Any of those behaviors are taking your eye off the phone and they’re equally dangerous. This would alleviate that concern, because if I’m manipulating my phone, looking for a phone number, I’m not paying attention to driving."

Related: See our #eyesUp page and take the pledge

The bills appeared to have widespread support in 2018, but legislative leaders stalled action and put off floor votes.  In 2019 the House is under new leadership. Senate leaders who said the timing wasn't right last year have since decided Minnesota is ready for such a change.

Business and industry leaders are also backing the bill.

"Professional truck drivers have a unique vantage point to literally look down and see what’s going on in the cars around them. I have to tell you the news is not good," John Hausladen of the Minnesota Trucking Association told reporters.

"Far too many drivers are preoccupied with their phones, shifting their focus from driving to their devices."

Families who've lost loved ones to distracted drivers have worked hard in the past few years to keep the issue on the front burner.

Vijay Dixit, who lost his 19-year-old daughter Shreya to a distracted driver in 2007, was among those who joined legislators Monday at the State Capitol.

A smaller subset of lawmakers introduced a related bill Monday that would significantly raise the penalties for texting-while-driving.

Authors of the bill are also contemplating impounding people's cell phones as part of the penalty for third texting-while-driving offense.

"We will impound and take your cell phone from you, which will have a significant impact on a person’s life," Sen. Paul Osmek of Mound asserted.

"We have to get people’s attention to stop texting while driving!"

Lawmakers say they've heard from growing numbers of Minnesotans who have tragic stories of loved ones killed or seriously injured in accidents caused by other drivers texting or sending email messages behind the wheel.

"The sentences that they’re receiving is not matching the tragedy that has happened and occurred and think that’s a discussion we have to have," Sen. Karla Bigham of Cottage Grove said.

Legislators say they expect the bill imposing tougher penalties to take a backseat to the hands-free legislation, which is focused more on accident prevention.