On March 6, 2020, Governor Tim Walz announced the first confirmed case of COVID-19 in Minnesota. Now, a year later the one millionth Minnesotan has been vaccinated. 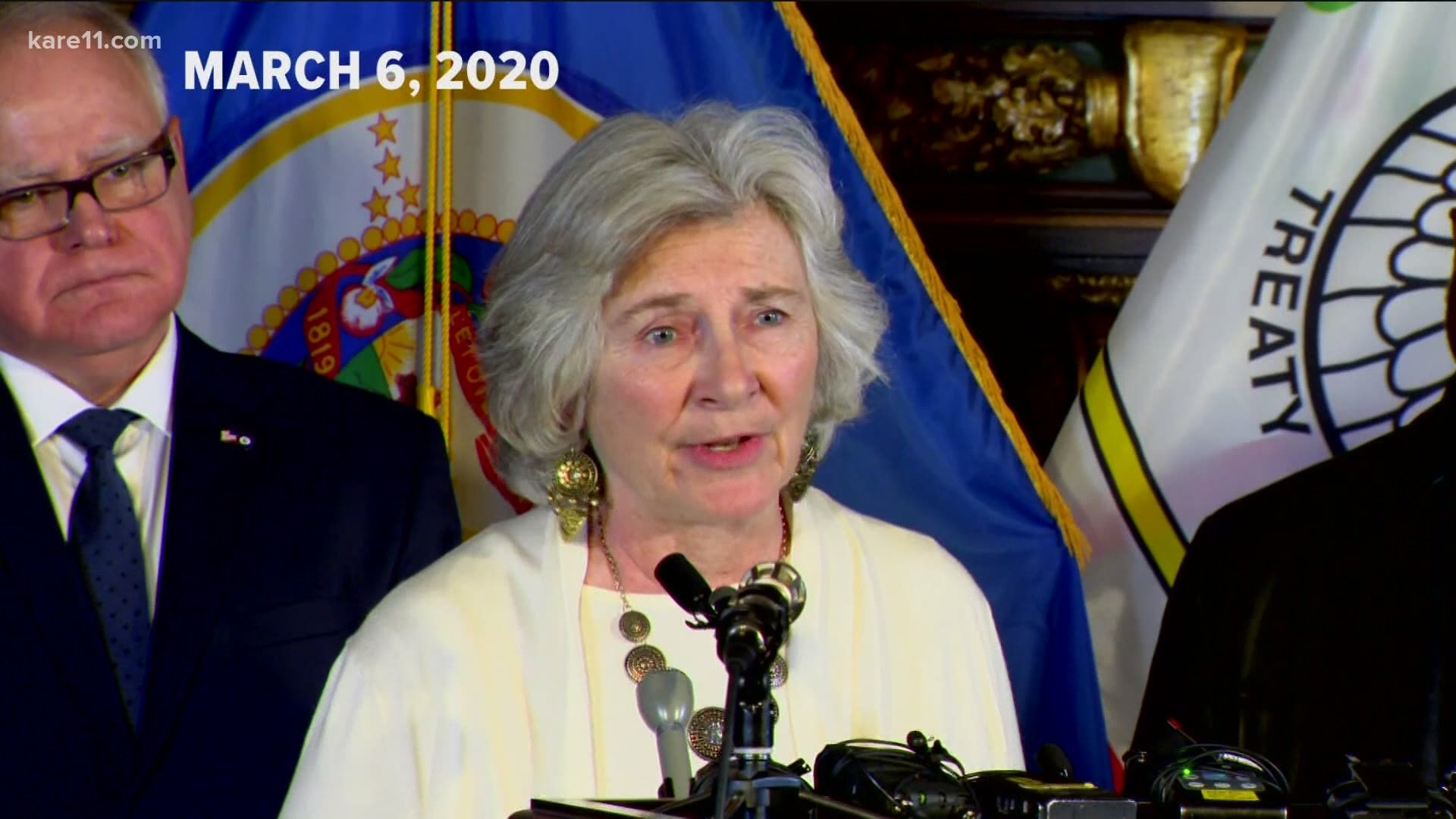 MINNEAPOLIS — It's fitting that on the same day, one year apart, Governor Tim Walz would announce two very different milestones in the fight against COVID-19.

"Today, we learned that Minnesota's first confirmed case of COVID-19 coronavirus is here,” Walz said during a press conference on March 6, 2020.

And then a year later to the day...

"Somewhere in there today is the millionth person in Minnesota getting a vaccine,” Walz said during a press conference on March 6, 2021.

From one case to one million Minnesotans who have received at least one dose of the vaccine.

It sort of puts things in perspective, how much we've been through, and the lives we've lost along the way.

"365 days later, over 6,500 deaths, and tens of thousands of infections and a whole lot of personal sacrifice by Minnesotans,” Walz says.

Today those numbers sadly aren't shocking, but a year ago, when there was just one case, health officials had hope that they could possibly contain it.

"It’s quite logical that everyone would wonder are we now suddenly going to go from one to hundreds or thousands of cases? That is certainly our hope to prevent that and it is not necessarily the trajectory we would see,” Minnesota Health Commissioner Jan Malcolm said during a press conference on March 6, 2020.

That hope didn't work out for us. That one case did turn into hundreds, and thousands, and the what ifs we first reported a year ago, actually happened.

All of it came true, the school closures, the restaurant and bar closures, and the unprecedented hit to our economy.

But here we are a year later and health officials have new hope, and it's going into the arms of thousands of Minnesotans every day.

"We're here today to note that we have vaccinated 55% of our child care and teachers,” Walz says.

“Thank you to the students, to the parents, to the educators, to support staff, to administrators, to school boards, and all of Minnesota. It’s time to get our kids back in school, to give them those experiences they deserve and start moving forward.”