Thieves are attempting to steal newly-approved SBA loans by using fake emails to businesses and banks trying to redirect deposits to other accounts. 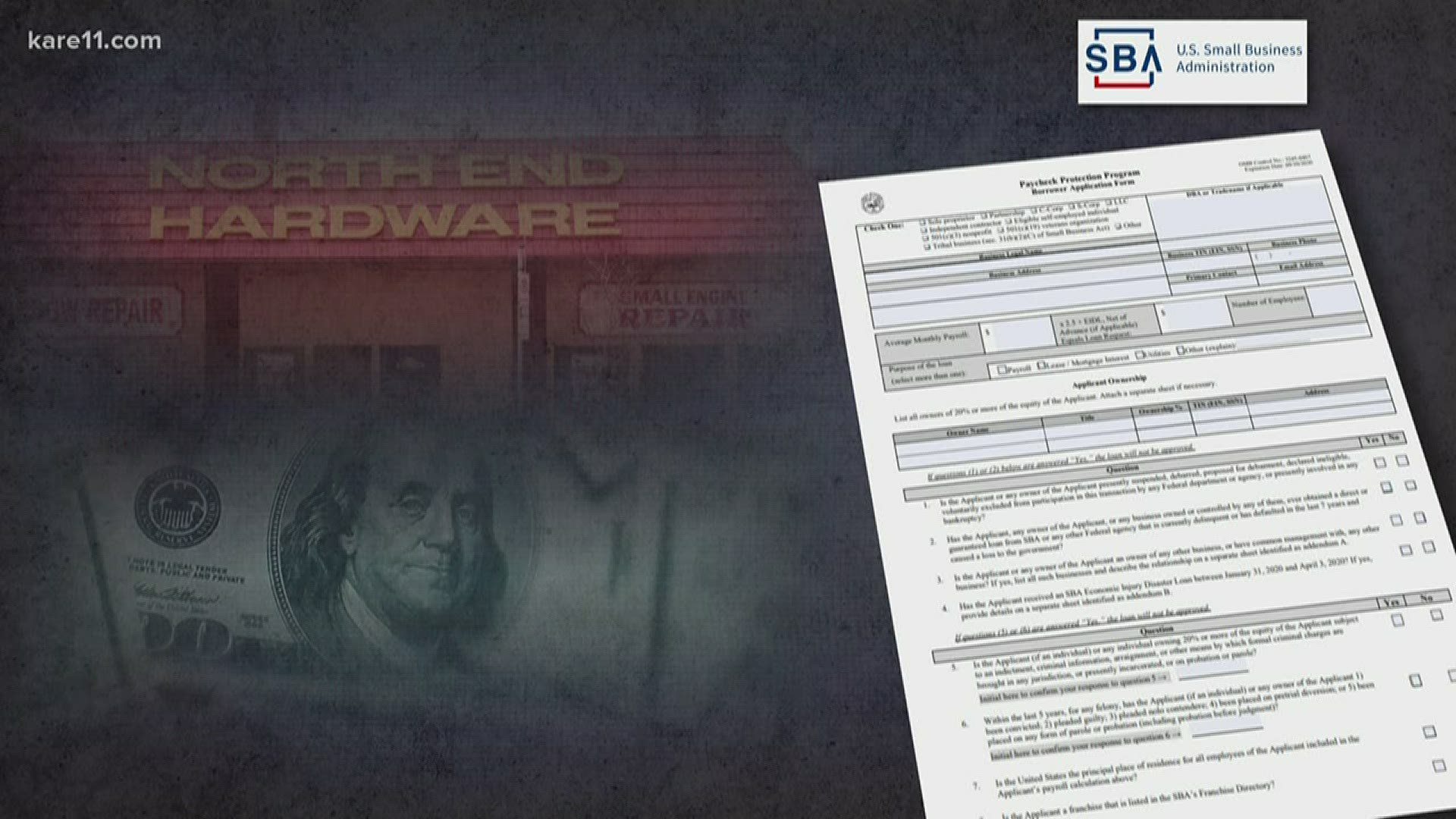 MINNEAPOLIS — With a new round of federal SBA loans going out, a KARE 11 investigation finds thieves targeting small businesses in Minnesota and across the nation.

“There’s so much money available right now that I think everything is really suspect, and they’re just really trying to prey on everything,” said Janet Weivoda.

Janet and her husband run North End Hardware in Minneapolis – one of Minnesota’s small businesses in desperate need of help during the COVID-19 crisis.

But that also made them a target for scammers.

“We’re not the only people in this situation,” she said. “How many other people could fall prey to this kind of thing happening?”

The hardware store applied for a loan through the Small Business Administration’s Paycheck Protection Program to keep their employees working.

At first, there was an email from the bank with great news. The hardware store’s loan application had been approved.  It was enough money to allow them to stay open with a full staff.

As the forms were being finalized, the bank got an email – claiming to be from Janet – saying the loan money should be deposited in a different account.

Credit: KARE 11
Janet Weivoda.says a hacker impersonated her in emails.

Turns out, computer hackers had somehow hijacked the email chain.

“Risk is high whenever money is involved. And, let’s face it, hackers can work from home too,” said Mark Lanterman, the Chief Technology Officer of Computer Forensic Services.

Mark Lanterman says what happened to the hardware store is similar to an international scam KARE 11 exposed more than two years ago.

“This is the email that came from Courtney,” Steve Tadevich told us at the time, pointing to an email that seemed to come from a person they were working with at their title company.

Steve and his wife were about to close on a new home when they got a real-looking email telling them where to wire their $205,000 payment.

It was a scam.

Hackers impersonating their title company’s email gave them phony instructions about where to wire the money.

When they followed the fake instructions, the bank transfer went straight to the crook’s account – and was quickly transferred overseas.

“That’s a big hunk of our retirement. Gone!” Steve said.

Now, experts say thieves are using the coronavirus pandemic – and similar fake emails – to target small businesses and their banks.

Impersonating a business – and a bank

At first, Janet says the thieves sent emails to the bank pretending to be her.

“The emails looked like they came from me. But when she would respond, it was a slightly different email,” Janet said.

Although the names listed at the top of the emails were real, the actual email addresses were fraudulent.

It’s an example of why online security experts say it’s important to double-check before you hit reply.

“We should carefully look at the email addresses, and not just the names associated with the emails,” Lanterman said.

Better yet, if it involves money or your personal information, he says it’s always smart to double-check the old-fashioned way.

“Pick up the phone and verify that you are sending the information to the right person at correct email address,” Lanterman told KARE 11. What’s more, he warns you should always use the phone number you already have – not one listed on the email you just got.

Scammers can use fraudulent phone numbers, too.

Fortunately for the hardware store, the bank caught the scam before the money went out.

For Janet it was a close call. By sharing her story, she hopes she can warn other small businesses.

“I would be really cautious about everything you’re sending,” she said.

The hardware store has reported the attempted theft to the FBI, hoping law enforcement may be able to track down the hackers.

There’s already one potential clue. Just before the fake emails arrived, Janet’s husband got an alert that someone based in Nigeria had attempted to log into his account.

Meanwhile, the Federal Trade Commission has issued a new warning to small businesses listing additional suggestions about protecting yourself from other scams.