After Trump reversal on COVID-19 stimulus, here's where we stand

A series of Tweets by the President gave economists and political scientists whiplash on Wednesday. But a last minute deal by November is still a long shot. 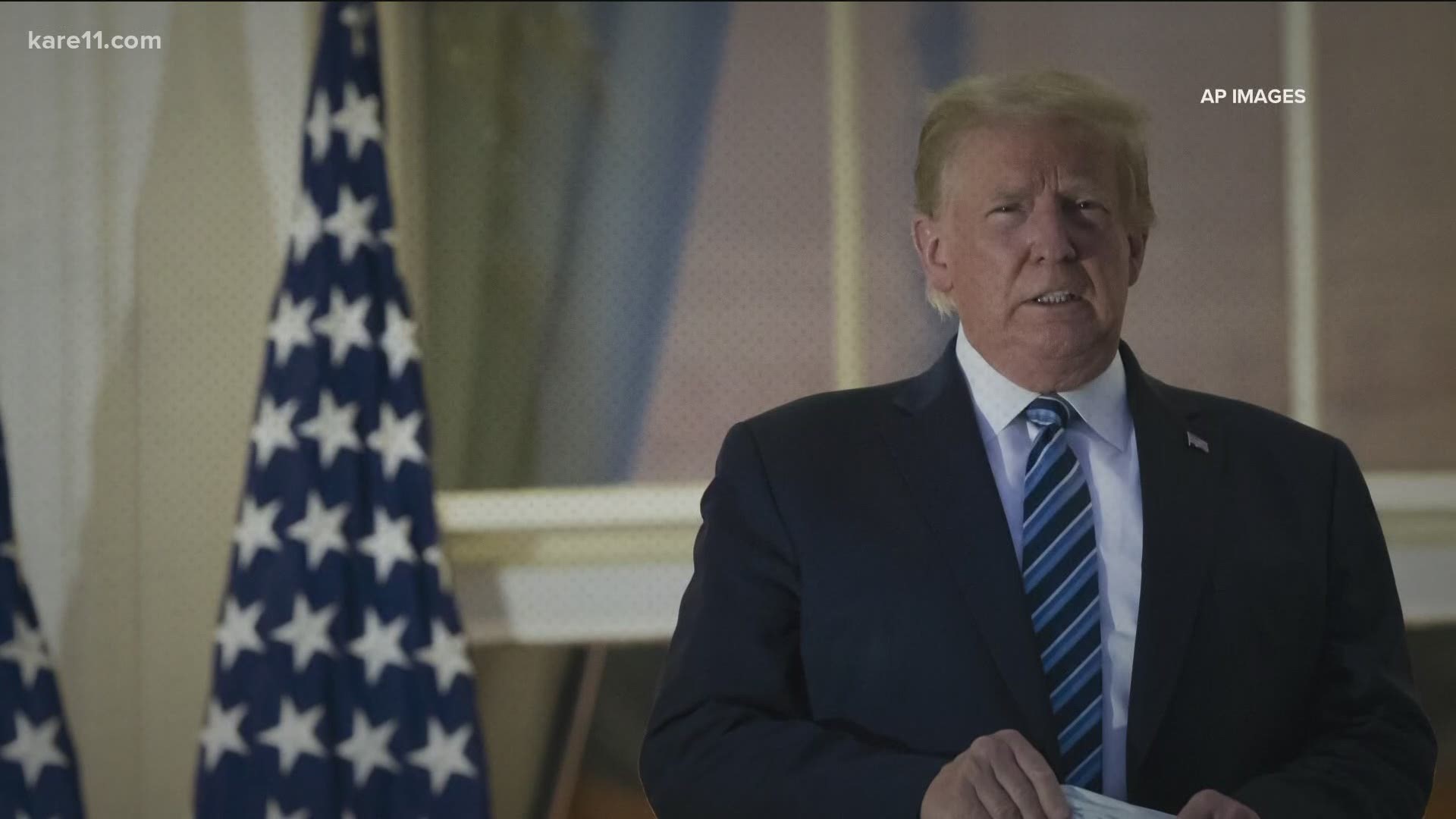 If you've had a hard time flurry of changing stories about a potential second COVID-19 stimulus package you are not alone.

"I think whiplash is the right term," said Tyler Schipper, assistant professor of economics at the University of St Thomas.

Up until Tuesday, Schipper was hopeful that Congress was getting close on a stimulus deal. Then, President Trump seemingly pulled the plug in series of Tweets, which read, in part, "I have instructed my representatives to stop negotiating until after the election."

...request, and looking to the future of our Country. I have instructed my representatives to stop negotiating until after the election when, immediately after I win, we will pass a major Stimulus Bill that focuses on hardworking Americans and Small Business. I have asked...

Hours later, the president reversed course in another series of Tweets on Wednesday.

If I am sent a Stand Alone Bill for Stimulus Checks ($1,200), they will go out to our great people IMMEDIATELY. I am ready to sign right now. Are you listening Nancy? @MarkMeadows @senatemajldr @kevinomccarthy @SpeakerPelosi @SenSchumer

The House & Senate should IMMEDIATELY Approve 25 Billion Dollars for Airline Payroll Support, & 135 Billion Dollars for Paycheck Protection Program for Small Business. Both of these will be fully paid for with unused funds from the Cares Act. Have this money. I will sign now!

Schipper says it's hard to know what to make of the president's sudden willingness to address some portions of a stimulus.

"There are some hopeful signs that parts of this might get done," he said. "But depending on who you are and what you care about in this plan, there's also a lot of things that might get completely left out."

Schipper says unemployment assistance and eviction protection are both huge issues that a comprehensive stimulus package would tackle but Trump hasn't addressed.

"That could be a huge kind of cliff that we're heading towards where there might be something like 30 to 40 million households, by some estimates, that are on the brink of evictions," Schipper said.

His concerns are shared by Fed Chairman Jerome Powell, who, on Tuesday, cautioned that a stimulus that doesn't provide enough help could send the economy into a downward spiral.

“By contrast, the risks of overdoing it seem, for now, to be smaller,” Powell said.

The President himself, appeared to agree with that assessment on Twitter.

"I think the economists are pretty much in agreement that there is a best economic course of action here, which is that additional stimulus money is really important right now," Schipper said. "But it's also an election season."

Speaking of that, University of Minnesota political science professor Larry Jacobs says an election would usually be a good sign for a potential stimulus.

"Normally, what I would say is, you would expect Congress to provide stimulus checks in a normal election year," Jacobs said.

But he says nothing about 2020 is normal, and he says the president's Tweets appear to be a distraction from the main question that nobody has been able to answer through five months of negotiation in Washington.

"Does the president have the power to persuade or force republicans in the United States Senate to cut a compromise? He hasn't so far. What's changed?" Jacobs said. "It's frustrating and I think for a lot of people sitting at home it doesn't make sense. Why can't Congress simply help America?"

Schipper hopes somebody can find a way to break through.

"For me, as an economist, I would like to think that providing stimulus, giving people the money they need now to weather this crisis, should be a political talking point that is favorable for either party," he said.